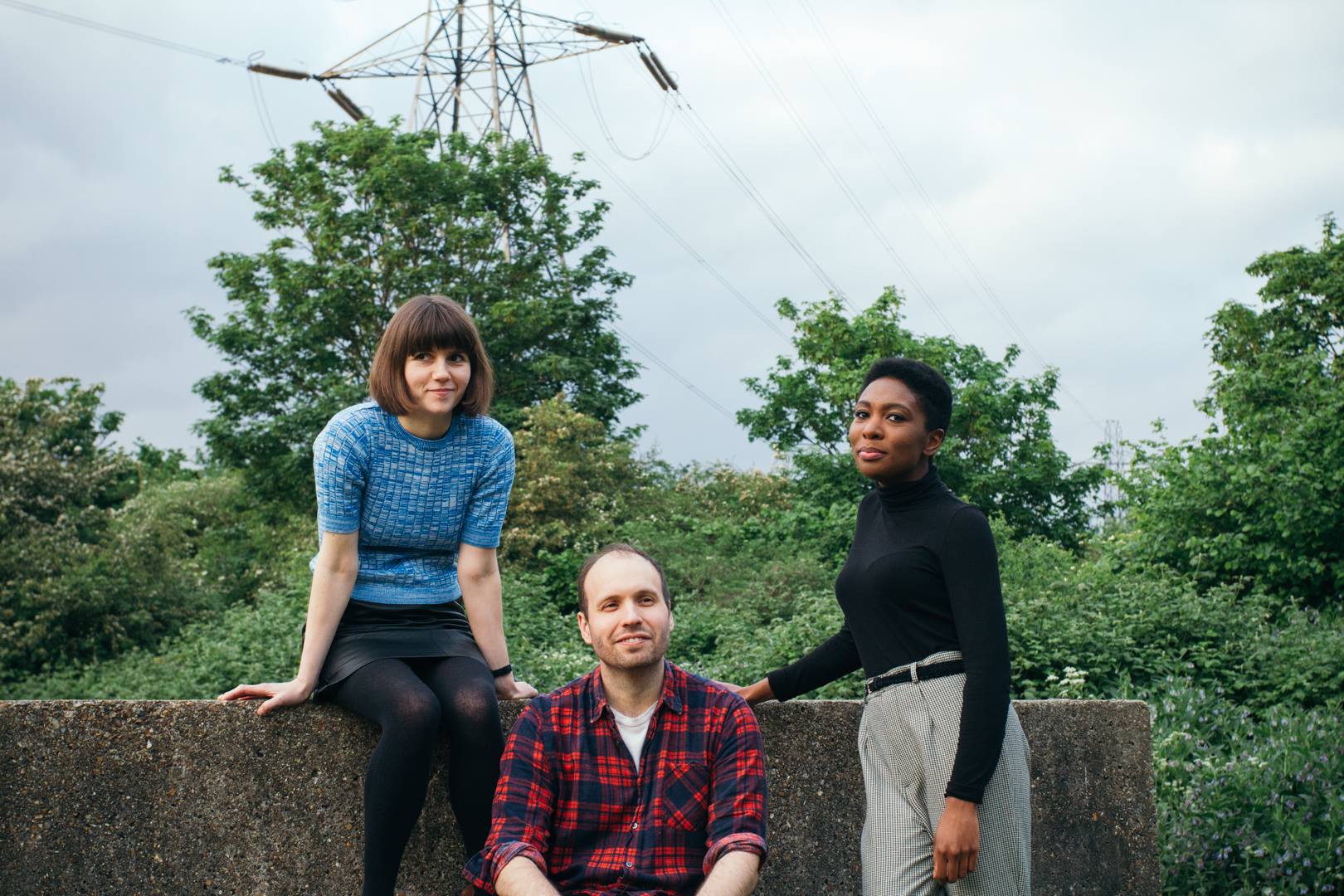 Success sometimes comes as a complete surprise, and perhaps that was the case with London-trio, Witching Waves. The noise-poppers, co-fronted by guitarist Mark Jasper and drummer Emma Wigham, originally released Fear Of Falling Down, their debut album, back in 2014 to somewhat limited fanfare. With the passing of time though, Fear Of Falling Down got under people’s skin. Whether it was the result of a handful of glowing reviews, or the relentless touring of their primal, thrilling live show, less than two months after its release Fear Of Falling Down was sold out…until now.

We’re delighted to bring the good news that this week, that stunning debut album is getting its long over-due re-issue on Odd Box Records, and it sounds as good as ever. The band possess an ability to perfectly capture the creeping terror of the everyday and mundane, flawlessly captured in Wait Around, where, “everyday is like a tidal wave”, and the anxiety at having no place or purpose, is perfectly symbolised by the looming bus station.

Musically too, Fear Of Falling Down is a triumph. The production harnessing the energy of their live show, whilst also creating a spacious record where individual elements sing out; the melodic qualities never lost in pursuit of the scuzz. There are stand out moments throughout; from the downbeat Monotony-like proto-punk of Concrete, through to the three-wise monkey referencing chant-along of Creeping and the closing, anti-austerity/haircut anthem Barber finishes the album with a thrillingly uncomplicated blast.

The album’s best known track remains Better Run, which had an excellent accompanying video courtesy of Moe Meade, and remains probably the most thrilling track they’ve released to date. Emma’s vocal shine, sweet and melodic, but laced with anxious lyrical content, as distorted guitar chords crash from Mark’s guitar and the tempo uneasily lurches back and forth constantly, thrillingly, threatening to run away from them entirely – it never does.

Currently working on their third record, as well as continuing their ever gruelling touring schedule, Witching Waves are never a band to stay still or spend too long looking back. That said, as Mark from the band explains below, inspired by the fans who still ask where they can get a copy, the timing for the re-release of Fear Of Falling Down couldn’t be better, and this is a record that’s unquestionably more than worthy of a re-visit.

Graeme and Bek from Soft Power came up to me after our set in front of literally no one in Edinburgh. It was our third gig with our new bass player, who had learned the songs in a soundcheck before an equally empty room in Manchester. Graeme said to me “I can’t wait to hear the EP, if even you wanted to do an album, we’d be up for that”. I politely thanked him, as my adrenaline soared. We were going to make AN ALBUM based on this man’s very poor judgement.

We had like five songs, and wrote six more. We recorded it. I agonised over every snare hit, and we made our first ever LP. Fear Of Falling Down came out in December 2014. I don’t think it made any charts. I think Tom Ravenscroft might have played ‘Better Run’ on his show. And we continued going up and down the country playing to almost no one.

Something strange happened though, ‘Better Run’ had a great video by Moe Meade, and a lot of people liked it. The record had received a glowing review in Drowned In Sound, and Norman Records, my favourite record shop, had deemed it worthy. Then the record sold out in less than a couple of months. All of our copies went in no time and before we knew it we were being asked where our LP was, and how people could get their hands on it.

We’ve made another record since then, and that has done alright too. People still ask me about FOFD though, and seem at least moderately sad or genuinely put out when I say that we don’t have any left. One of those people happens to be Pete Dale out of Milky Wimpshake.

Now it’s time for Fear Of Falling Down to get another shot, and be available to at least the people who asked for it the first time. Thanks to Graeme and Bek for giving the album a shot first time around, and Trev from Oddbox for making this is possible, and maybe, just maybe, we’ll play to some people in Edinburgh.

The re-issue of Fear Of Falling is available now via Odd Box Records, click HERE to order your copy. Click HERE for further information on Witching Waves.