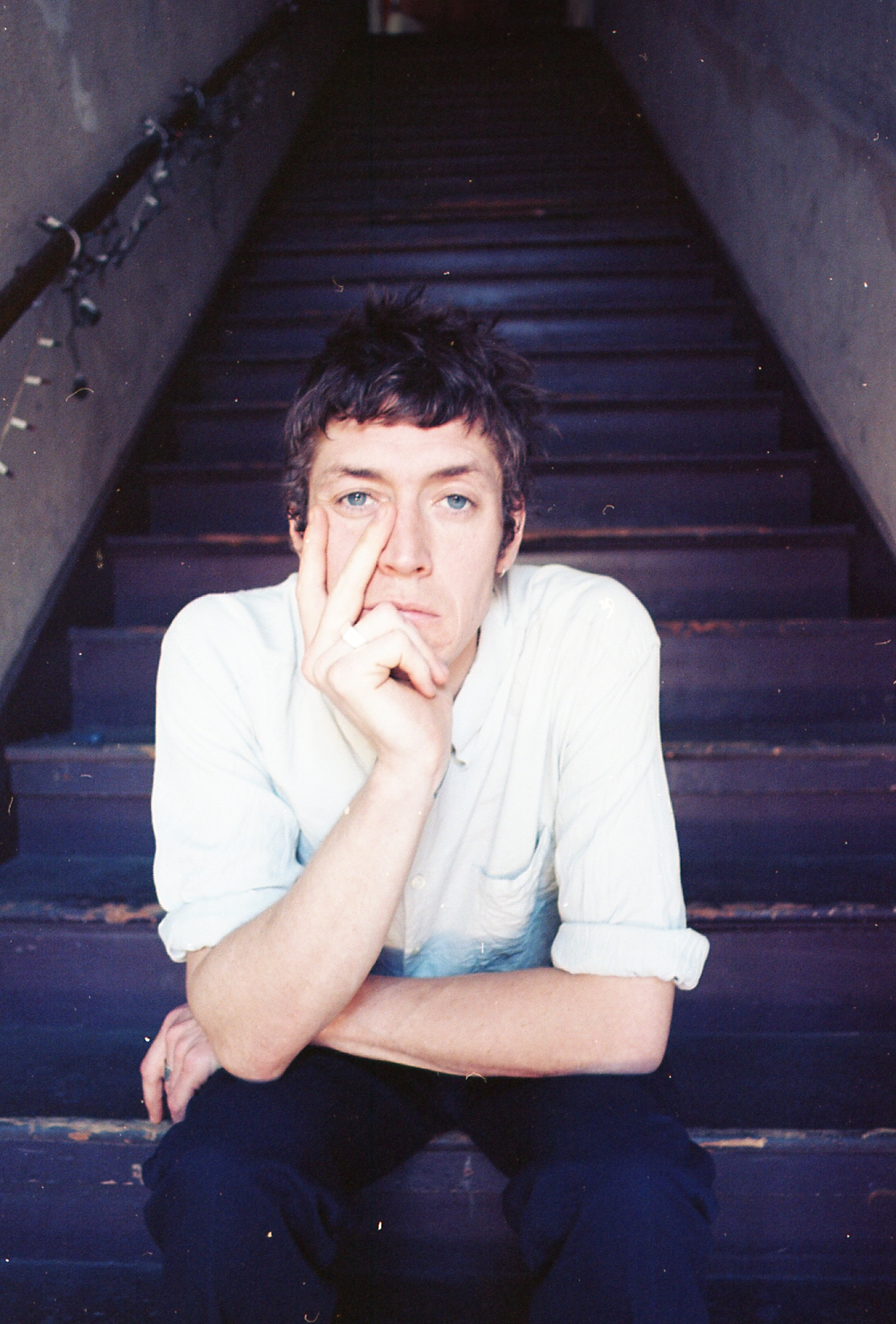 H.Hawkline, or Huw Evans if you prefer traditional names, first emerged as part of the same Welsh scene that’s given us acts like Sweet Baboo, Cate Le Bon and Gwenno. A fact he’s quite possibly sick of reading about in every review written about him. Now based out of Los Angeles, Huw perhaps hasn’t had the commercial break through of some of his contemporaries from that scene, but now signed to Heavenly Recordings, and arriving with plenty of hype, his latest offering, I Romanticize, might just be the album that changes that.

Like its predecessor, 2015’s In The Pink Of Condition, I Romanticize was recorded in Samur Khouja’s Seahorse Sound studio in Los Angeles. Huw then returned to Narberth in West Wales to write the lyrics and record the final vocals. The record was a collaborative affair, co-produced by Samur, Huw and long-term collaborator Cate Le Bon. The latter also formed part of the four piece band who perform the record, alongside Josiah Steinbrick and Warpaint drummer Stella Mozgawa. In Huw’s own words, “without their hands and ears the wet clay would have collapsed”.

It’s perhaps that sense of impending collapse that makes the music of H.Hawkline so intriguing, his sound rarely, if ever, drifts into a straight forward idea, constantly playing with the idea of what constitutes a pop song. The key phrase there though is pop song, because despite all the elaborate, versatile dressings, more than ever on I Romanticize these are pop songs. This is a collection of largely upbeat stories of love and positivity, as viewed by a kaleidoscopic musical visionary, never prone to anything obvious or boring. It’s a fact not lost on the songwriter himself, “to my ears it’s pretty accessible pop music, but maybe there’s something wrong with my ears.”

If there’s something wrong with Huw’s ears he hides it remarkably well. His ability to find unusual melodies is constantly on show. Throughout it is deeply tuneful; the gorgeous rapidly moving piano line of Love Matters, the chiming Devendra Banhart-like guitar line of Means That Much, the bright, almost breezy chorus of Impossible People, where he sings with genuine affection, “I’m in love with impossible people”. Throughout, I Romanticize, is a record that puts the strength of the melody first, then colours in between the lines with a lurid pallet of psychedelic musical ideas.

It’s an idea that equally exists in Huw’s lyricism, as he explains, “some words, as with their meaning, are unavoidable – ‘love’, ‘goodbye’, ‘time’, ‘you’, – but you can at least try and dress them up in some new clothes”. A cursory listen might not reveal much lyrical depth, and you could be forgiven for thinking you’re listening to a nonsense poem or the messy memories of a particularly vivid acid trip. Take Salt Cleans, the albums wonkiest moment and possibly the acid test of whether you will warm to the music of H. Hawkline: it begins with what can only really be described as a rapid delivery of seemingly meaningless ideas, “perfumed egg yolks fry on egg white legs, feel the leaning of the mob, a liquid den of snakes with yawning gobs” or “fuck your homemade trainers and your race to become cave men”, taken literally you’ll discover nothing, but pieced together this, “miscellaneous madness” begins to form something resembling a lyrical narrative.

Elsewhere on the record, the jigsaw puzzle is a little harder to piece together, however, for the most part this record is a musing on romance and love, delivered with a quizzical almost alien like curiosity for human beings. Love is put front and centre from the album’s opening line; as Huw sings on Means That Much, “they say that love can’t be good all the time”.  It’s a topic he visits regularly throughout, on Last Days In The Factory, he comes across all Ray Davies on us as sings of, “watching young lovers cross the street, the pavement never meeting their feet”. The almost aquatic sounding, densely layered, Cold Cuts, might sound eerie and dense, but lyrically it again paints Huw as a romantic dreamer, “every hour I romanticize, pressed against the glass of every strangers eyes”. The wistful romanticism peeks with closing track Last Thing On Your Mind, the album’s most straight-forward moment. From the opening refrain, a gorgeous descending organ pattern joined by unquestionably funky bass and an unusually straight forward drum rhythm,  it is a straight talking plea, as Huw notes, “no common sense applies”, and with a sense of real longing he repeats the title, “I don’t want to be the last thing on my mind”.

Lyrically, Television is probably the albums biggest thematic departure; deliberately subversive or not, we’re sure the ballsy irony of naming a track after a band to which you’re frequently compared wasn’t lost on Huw. The track seems to revel in a vaguely dystopian, 1984-like vision, and just how close that has become to reality; it could just be us but there’s something quite chilling about how he nonchalantly sings, “don’t need facts, I got fictions”. Musically, it’s disorientating from the onset, as rapid-fire electronic pips and clanking electric guitar cut through the steady work of the rhythm section. Huw seems to take aim at the modern worlds obsession with sharing-culture, as he repeats the line “everybody watch me now with surgical precision” in a playful sing-song type voice. There’s even room for a subtle quip, aimed at the often too safe approach of the music industry, as he sings “you want hits, I want friction”.

In an album full of highlights, perhaps the stand-out is recent single, My Mine. It’s essentially a beautiful piano ballad, only adorned with an array of musical trinkets, from a meandering Clapton-like guitar line to a pulsating exploratory bass-line. The song’s opening line, “oh hold the phone it’s Genevieve”, hints of a world-stopping romance but there’s something about the vocal delivery, there are hints here this is a song not about love, but a sometimes painful obsession, “the dust of desire is as heavy as a gun, nothing’s enough until everything’s done.”

I Romanticize is a record that builds on the slow-burning success of his output to date, it’s not a record that is likely to propel him straight into any sort of mainstream success, but with each release he becomes more idiosyncratic, more ambitious and more H. Hawkline than ever before – in the long run that can only be a good thing.

I Romanticize is out June 2nd via Heavenly Recordings. Click HERE for more information on H. Hawkline.