With the success of the likes of Sea Pinks and Girl Band, it has been an excellent few years for alternative music on the island of Ireland. The latest, and perhaps most exciting, addition to that club are Gallway’s Half Forward Line. Consisting of So Cow’s Brian Kelly, alongside Niall Murphy of Oh Boland and drummer, Ciaran o Maoláin, Half Forward Line deal in perfect, streamlined power-pop. The band have recently released their debut album, The Back Of Mass, and are today premiering the video to new single, Hey, Can I Try On Your Glasses? 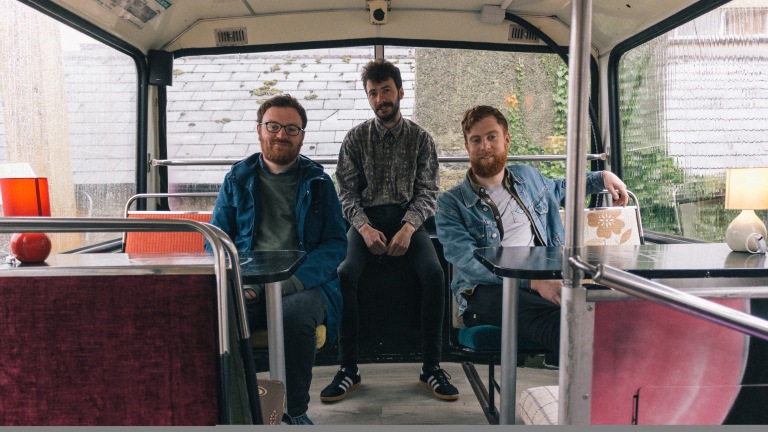 Fusing the anarchic attitude of The Fall with the high-octane melodic-thrills of acts like The Courtneys or The Spook School,  Hey Can I Try On Your Glasses, is a two and a half-minute blast of pure adrenaline. Lyrically it seems to be about not lending anyone your glasses, an almost certainly underrepresented lyrical thread in modern pop music.

With an album inspired by those who turn up late for church, don’t really want to be there, but want a good track record in case everyone is right about the whole God thing, Half Forward line seem to have an ability to look at the world and see it slightly differently to everyone else. And Aren’t those always the people making the best pop music?

The Back Of Mass is out now on cassette via Rusted Rail of Galway, with the CD version on Jigsaw Records of Seattle. Click HERE for more information on Half Forward Line.