With members of bands as diverse and brilliant as Hefner, Go Kart Mozart and Kenickie, London quartet, The Great Electric’s self-titled debut album, released at the end of last year on WIAIWYA, arrived with a certain amount of fanfare. Thankfully it more than lived up to any hype, as messrs Doherty, Gofton, Hyde and Hayman produced a master class in hypnotic drone. Three years in the making, the record took the bands shared love of German prog, hooks and 90’s sophisti-pop production, and channeled it into something new and thrilling. 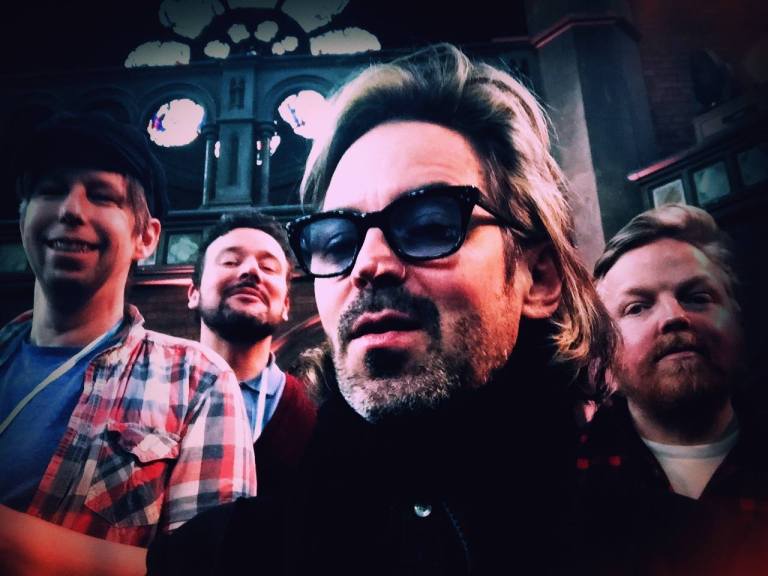 Today we’re sharing the video to the latest single lifted from the record, Encarta. Presumably named after the much love 1990’s Encyclopedia, like an offline Wikipedia for those to you to remember, Encarta is one of the most focused and exciting moments on the record. With bombastic, almost Wakeman-esque keys, driving motorik rhythms and the omnipresent, pulsating bass, it is a record to get lost in, its undeniable charms gently revealing themselves on repeat listens. With a video fusing live recordings and retro TV footage, it is a timely reminder of what a fine racket this band make, and serves as a polite nudge in the direction of one of last year’s most intriguing albums.