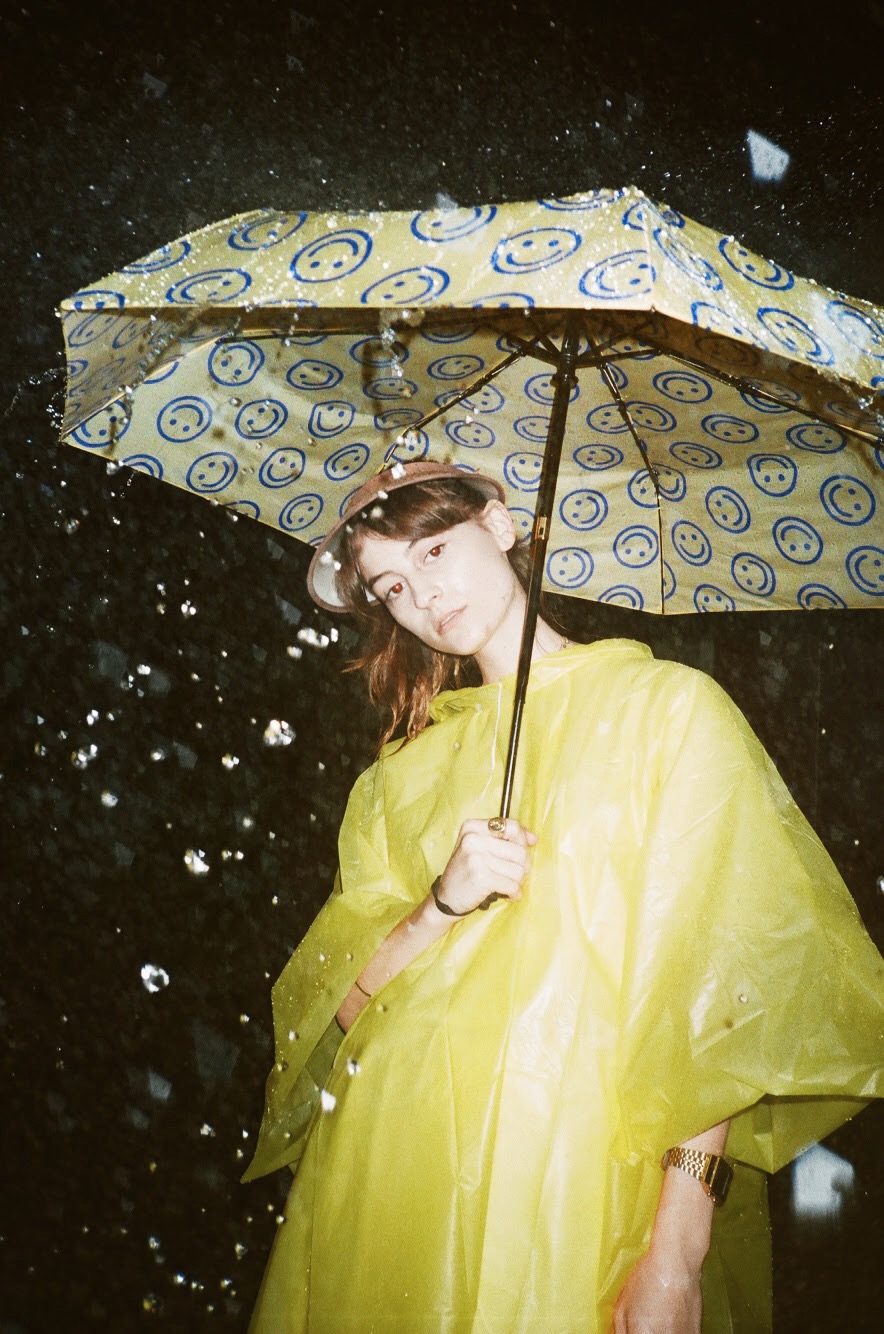 5. You Wont Want To Take Adam Ostrar’s Record Back

If you’re not aware of Adam Ostrar’s own music, you may well remember his Jagjaguwar signed old band, Manishevitz. After their demise in 2003, Adam returned some fourteen years later with his debut solo album, Brawls In The Briar. Adam’s second offering, The Worried Coat, is coming out in April, and this week he’s shared the second single from it, Take It Back.

The Worried Coat is a record laced with doubts: Adam is a parent worrying about what country, and what planet, his kids will inherit; he’s anxious at the state of politics; the cost of living, and well almost everything. Take It Back is a frenetic and exciting introduction, there’s a touch of Hiss Golden Messenger, only at double speed, a bit of Velvet Underground in his twanging Gretsch guitar, and in his impressive vocal-croon an awful lot to like. Instantly he draws you in with his words; this is a tale of struggling, of fighting to thrive in a system that’s weighted against you from the start, “they give you what you want, but they take it back”, he sings, sounding almost resigned to a life of scraping by. It might not be an easy life and perhaps Adam Ostrar accepts that, this revelation might just result in his finest record to date.

The Worried Coat is out April 5th via Super Secret Records. Click HERE for more information on Adam Ostrar.

There can be little left to say about The National, put simply they’re one of our favourite bands of all time. Their recent rise to arena-bothering mega stardom has been as welcome, as it was surprising. Listen back to a track like Mr November, from their break-out album Alligator, and between the angularity and anxiety you’ll be hard pushed to hear a band destined to become one of the biggest on the planet. With each subsequent release The National’s fame grows, with the inevitable backlash that comes with it, yet they remain a band who, to our ears at least, always drive their music forward, always come up with something new to say.

The latest example of that came this week with the announcement of an upcoming album, I Am Easy To Find, and the sharing of a new single, You Had Your Soul With You. Their first material since 2017’s Sleep Well Beast, You Had Your Soul With You in some ways picked up where that record left off.  The band’s experimental side is present in the merging of flittering electronics beats, and chopped string samples, yet their way with a melody remains; particularly in the break down where Gail Ann Dorsey joins Matt Berninger and adds a counterpoint to his usual heart thumping melancholy. An enticing vision of a record that, love it or hate it, is sure to be one of the year’s most talked about releases.

I Am Easy To Find is out May 17th via 4AD. Click HERE for more information on The National.

Last year Sun June caught the ear of many with their excellent debut album, Years. Described by the band as a, “we’ve-been-broken-up-a-long-time-record”, Years was an exploration of loss not delivered in the centre of the emotional storm, but presented with hindsight and the time for emotions to evolve. The record is about to get it’s second pressing on Keeled Scales, and will be presented alongside a new digital EP, Younger.

This week the band have shared the first taste of the upcoming EP, Monster Moon. A fine introduction to the genre the band call, “regret pop”, Monster Moon is a reflection on the long shadows cast when a relationship fails. Here it’s given an upbeat musical spin, vocalist Laura’s nonchalant delivery contrasted with a bright, pop-driven backing, like the fertile middle ground of Big Thief and Fleetwood Mac. A band who’ve already made waves on the musical underground, we wouldn’t be at all surprised to see Sun June’s unstoppable rise reach new heights in the year ahead.

Years is out now via Keeled Scales. Click HERE for more information on Sun June.

When one door shuts, another one opens, as the old saying goes. In the case of the break-up of Allo Darlin’, one door closed and four entwined solo careers began. Paul Rains is something of a omnipresent guitar wizard on the London-scene, Mikey Collins and Bill Botting have both shared solo offerings, and now, probably the most aniticipated next move of them all comes in the shape of Elva. A collaboration between Elizabeth Morris and Ola Innset, of the Norwegian band Making Marks, Elva are set to release their debut album in April, and have this week shared the first taste of it, Athens.

It’s hard not to compare the sound back to the pairs other projects, Elizabeth’s plaintive vocals remain as wonderfully comforting as ever, while Ola’s guitar work has us digging out that excellent Making Marks record from a few years back. For everything that stays the same though, something new comes along; there’s lush strings, country-licked drum arrangements, even what sounds suspiciously like an accordion. The record’s title, Winter Sun, feels hugely apt for Elva’s sound, Americana via Australia and Norway, there’s a warmth and a comfort to their sound, yet you feel there’s something darker lurking beneath. We can’t wait to see where Elva take us next.

Winter Sun is out April 19th via Tapete. Click HERE for more information on Elva.

Faye Webster is a ludicrously talented human being; not content with being on the verge of releasing her third album, Atalanta Millionaries Club, she’s also a decorated photographer. This week Faye’s shared the first single from that upcoming record, the inward glancing, Room Temperature.

Faye has suggested much of the upcoming album deals with feelings of lonesomeness, even when not on the surface of things, alone; Room Temperature hits straight to that point; “these aren’t even my clothes I just don’t change that much ’cause who’s to impress? There’s nobody around when I make my bed”. Although Faye has a background in the Atalanta hip-hop scene, it’s hard to imagine a record much further removed from that world; with a touch of Angel Olsen or Molly Burch, the track is delivered with a pallet of pedal-steel, pulsing bass and easy, skittering rhythms. That said, Faye has suggested the major influence on the album was Aaliyah, so when it comes to the Atalanta Millionaires Club, expect a record that’ll be nothing short of intriguing.

Atlanta Millionaires Club is out May 24th via Secretly Canadian. Click HERE for more information on Faye Webster.