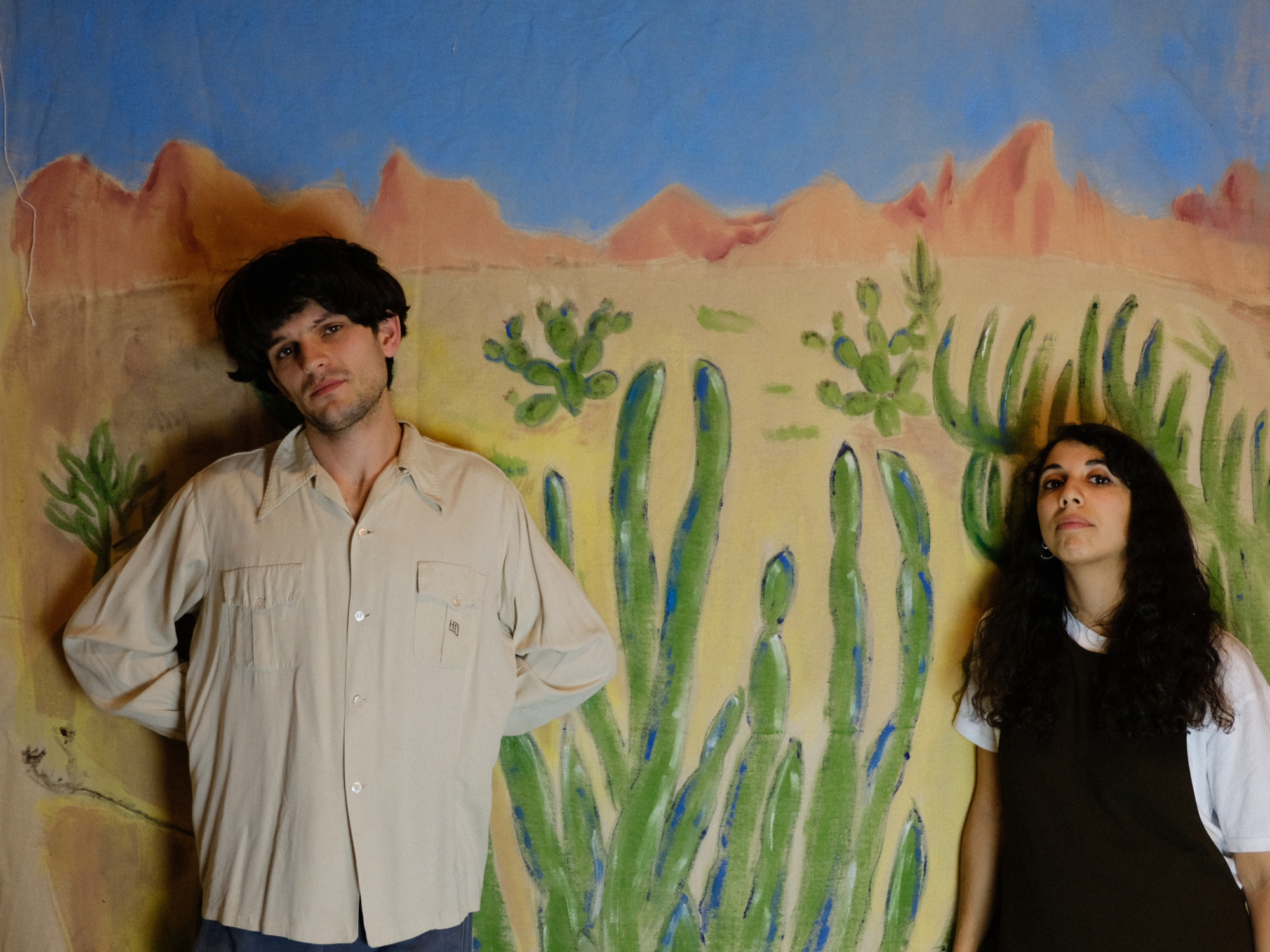 New Zealand-based indie-rock band, Wurld Series are the latest signing to the increasingly vital Madrid-based DIY label, Meritorio Records. The band first emerged back in 2017, with their debut album, Air Goofy, followed a year later by the Stately and Befrothed EP. Ahead of next month’s release of their new album, What’s Growing, the band have this week shared their latest single, Supplication.

Supplication is a fine introduction to Wurld Series’ genre-blending style, it is a track that’s equal parts 90’s indie-rock and pastoral-folk; the bright jangle of guitars, accompanied by what sound suspiciously like a stylophone and prominent wood-wind, existing somewhere between Van Occupanther-era Midlake and Guided By Voices. While the ideas here all feel familiar, the combination of them is quietly intriguing, a band crafting a sculpture of their own from the rockface of music’s rich and varied history, on this evidence this particular Wurld Series seems to be a guaranteed winner.

4. I’ve Always Been a Fauvely Fan

The plans for, and the realities of, 2020 were two very different things for Fauvely. The quartet, who split their time between Chicago and their home-town of Savannah, Georgia, started with ambitious plans, a tour of Japan and a slot at an official SXSW Showcase, were just the first pieces of the puzzle. Like so many bands though, plans were quickly dashed, and not wanting to rest on their laurels, the band instead turned their attention to the studio. The result is their upcoming debut album, Beautiful Places, a reflection on when things go awry and maintaining hope in the face of adversity. This week, the band have shared the second single from the record, Always.

Having previously supported the likes of Stella Donnelly and Hand Habits, Fauvely’s sound walks the line between the driving and the dreamy; at times drums clatter, bristling with intensity, at the other moments guitars seem to spiral off in almost directionless beauty. At the core throughout is songwriter and vocalist, Sophie Brochu, who, like Kristine Leschper of Mothers or Wednesday’s Karly Hartman, seems to be able to find a pocket of space in all the noise, a presence demanding your focus, even as the backing gets chaotic and noisy, swirling around her, as if she exists in the eye of a particularly ferocious storm. When it arrives later in the Spring, I fully expect Beautiful Places to live up to its name, it might just be the sort of destination you’ll never want to leave.

Beautiful Places is out April 2nd. Click HERE for more information on Fauvely.

One of my 21 for 2021, Clever Girls are a Vermont-based quartet, acting as a vehicle for the song-writing of front-person, Diane Jean. Although not out until the end of next month, work on Clever Girls new album, Constellations, dates back to early 2018, before their debut release, Luck had even been completed. It came from a somewhat fractious period of Diane’s life, songs written between touring commitments and at a time of exhaustion and self-discovery, as Diane came out as a gender-nonconforming person. Ahead of Constellations release, this week Clever Girls have shared the latest track from the record, Saturn.

The inspiration behind the track dates back to a tarot reading ahead of a show in Burlington, Diane drew the Tower of the Major Arcana card, associated with, “tumultuous fulcrum- a moment characterized by uncertainty or a future that will be constructed on false premises“. It coincided with Diane’s return of Saturn, a moment human’s apparently experience as they leave childhood behind and enter adulthood, and which inspired the track as Diane thought, “about the challenge of forging a future for myself that I️ could desire and be proud of“. It may be a track inspired by fear of the unknown, major life changes and uncertainty, yet Saturn sounds as musically confident as Clever Girls ever have. Diane’s vocal is often left almost unadorned, just the tick of the drum and the beautifully meandering bass-line for company, making the choruses when the 80’s-tinged guitar come crashing back into view all the more sweetly satisfying. There’s a sense of positivity that seems to resonate from everything Clever Girls do, while they might take on big subjects, they never seem over-awed, instead they’re open hearted, ready to meet every challenge life has to throw their way and their music is completely compelling as a result.

Constellations is out March 26th via Egghunt Records. Click HERE for more information on Clever Girls.

2. Katy Kirby Takes Us Through Portals To Another World

One of my favourite new artists for 2021, Nashville-based songwriter Katy Kirby is currently building up to the release of her debut album, Cool Dry Place, out next week on the fabulous Keeled Scales. This week Katy has shared the fourth and final single from the record, Portals, a reflection on both a fading relationship and the idea of parallel universes.

While not being entirely comfortable with the concept of alternative universes, “even choose-your-own-adventure books used to stress me out“, Katy got to thinking about it in terms of relationships, how we can become alternative versions of ourselves, closing doors to different people, and shaping our relationships by which worlds we’re willing to open to that person. Musically, Portals is something of a departure from the record’s previous singles, a stripped-back country-song, with Katy’s vocal joined by a gentle procession of piano chords as she sings, “if we reunite, will we still know the things that we had learned before? We’re not boxes, doors, or borders, we were portals”. Further evidence to suggest the extraordinary rise of Katy Kirby shows no signs of abating, when Cool Dry Place arrives next week, expect the world to cotton on to this most extraordinary of songwriting talents.

1. Breaking News We Can All Have A Holiday (Ghosts) This Year

Since the release of their last album, 2019’s West Bay Playroom, Holiday Ghosts have taken a trip along the South Coast, leaving their hometown of Falmouth behind for the bright lights of Brighton. The band are ostensibly the duo of drummer Katja Rackin and guitarist Sam Stacpoole, after last year’s low-key EP Pros No Cons, the band are set to make a wider comeback later this year, with a new album, North Street Air. This week they’ve announced their signing to Fat Cat Records, and shared the first single from the upcoming album, Mr. Herandi.

Discussing the upcoming album, Holiday Ghosts have suggested it is a reflection on our times, questioning the place of art in a world dominated by advertising and commercial interests. This is evident in Mr. Herandi, a song written about the band’s distant landlord, who is, “taking the stance of being completely oblivious to the standards of what he’s paid large sums monthly for whilst living abroad“. While he might have the band’s money, he is a long way from earning their respect, as they sing, of broken showers as, “he’s chilling in Spain with his bank account”. As ever with Holiday Ghosts they seem to exist between musical-eras, here they hark back to Sunny Afternoon-era Kinks or The Modern Lovers, while being equally likely to charm fans of contemporaries like The Goon Sax or The Wave Pictures. An album written in the very heart of the busiest street in Brighton, this feels a world away from the childhood nostalgia of West Bay Playroom, a band growing with each release and ready to provide us all with a deep breath of North Street Air.

North Street Air will be out later this year via Fat Cat Records. Click HERE for more information on Holiday Ghosts.

Header photo is a self-portrait by Holiday Ghosts