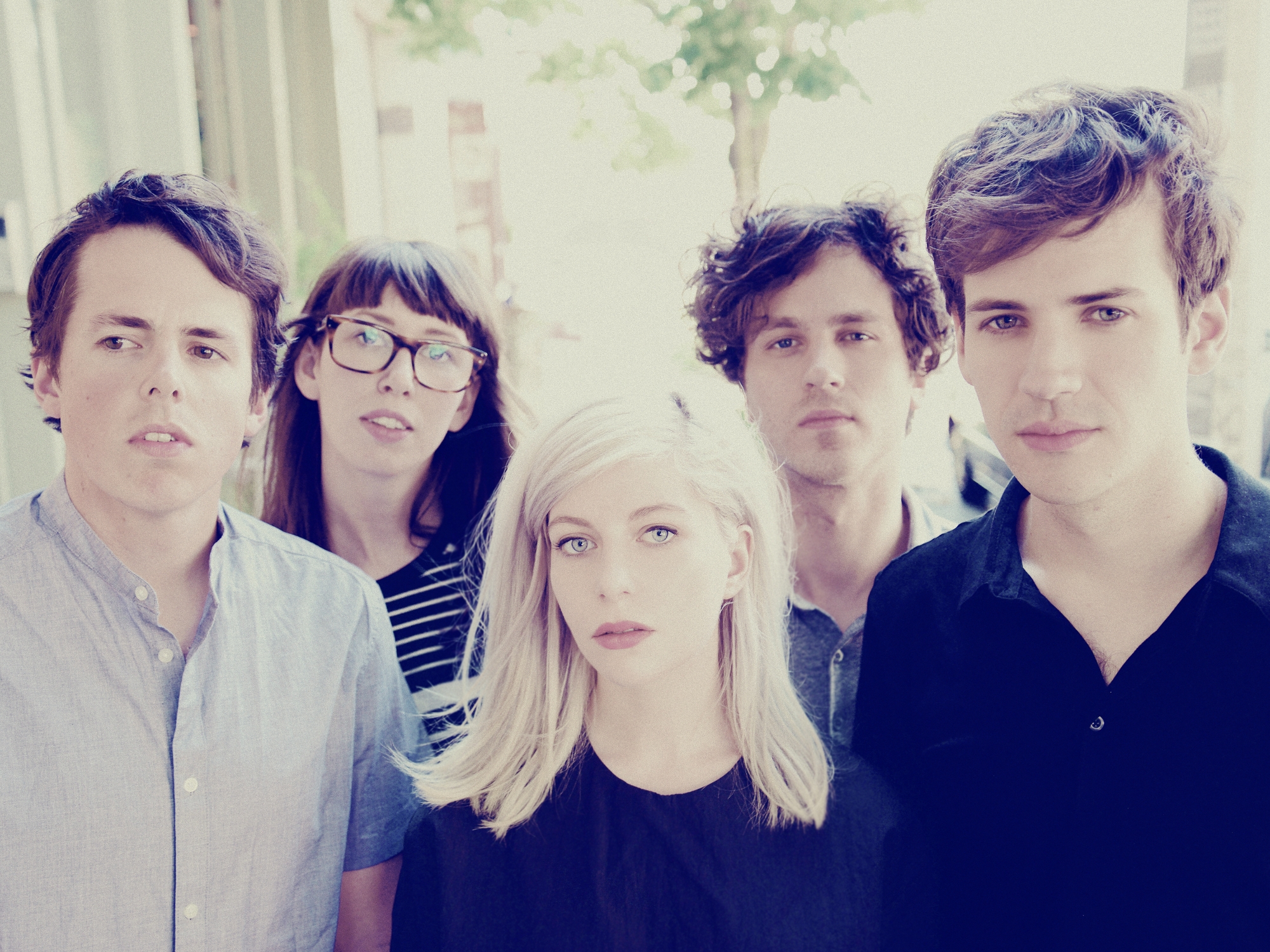 2014 is the year of the surprise re-birth of Shoegaze! I’m hardly the first person to notice this phenomenon, but be it the return of Slowdive, the continuing influence of My Bloody Valentine or one of the seemingly never ending stream of new bands aping the style, the jangling, reverb heavy sound is very much back…and that’s certainly no bad thing.

Even at a festival as delightfully uninfluenced by the rise and fall of musical trends as Indietracks, one of the prevailing trends of the weekend was the merging of classic Indie-Pop with a shed load of late 80’s looking reverberation. The likes of Linda Guilala, Night Flowers and The Royal Landscaping Society, all seemed to have taken a good look at Loop, The Cocteau Twins and Ride and said you know what, I’d like a bit of that!

It’s actually nothing new, the blurring of lines between the jangling C-86 and Shoe-gaze has been going on for a number of years now, via the likes of Veronica Falls and The Pains Of Being Pure At Heart. Some people have even entitled it ‘nu-gaze’, and it surely can’t be long before someone starts describing someone as post-shoegaze or even post-nu-gaze, which might just be the end of civilisation as we know it.

For now though let us revel in just how good so much music sounds with a wall of reverb behind it!

In certain corners of the world, Toronto five-piece Alvvays are currently just about the hippest band on the planet. They’re currently on a UK tour that seems to consist almost exclusively of East London’s trendiest venues and festivals. Visions Festival at the weekend, Birthdays in the heart of Dalston tonight, Rough Trade East tomorrow. We even heard their record being played in a Scandinavian themed coffee shop in Clapton; any band this appreciated by the capitals much loathed hipsters should by all accounts have no chance of breaking through on a bigger scale, but on this all-to brief set of tracks, there’s more than enough to suggest they can outlive the hype.

Much of the current buzz around Alvvays revolves from their frankly brilliant latest single, Archie, Marry Me. The minute you hear the opening salvo to this track any skepticism surrounding the quality of this band melts away. It starts with bird song, giving way to a gently strummed electric guitar sitting low in the mix, as a shimmering electric picks a repeated line over the top, and as the second guitar resolves to a ringing chord, the songs bursts into life. Drums crash in, guitars explode, and singer, Molly Rankin, sings what must surely be one of the best lines put to record this year “you expressed implicitly your contempt for matrimony, you’ve student loans to pay and will not risk the alimony” it’s perfection! A stunning summary of the life of a mid-20’s survivor of the economic crash in love. Musically it’s a joyous explosion of sound; reverb heavy guitars burst forth, stunning riffs tumbling out of every musical break, and it’s all underpinned by a simple but terrific bass line. It’s without question our favourite song of the year so far. The chorus, which finds Molly pleading with her squeeze “hey, hey marry me, Archie” she’ll even forego “the invitations, floral arrangements and break makers” if he’ll just “sign some papers.”

The entire album clocks in at just over 30 minutes and if it never quite reaches the highs of that single, there are moments of joy throughout. Take opening track Adult Diversion. Lyrically, this sounds like a simple plea for attention, given a creepy stalker twist via the line “how can I get close to you, even if you don’t notice me as I admire you on the subway.” Molly’s lyrics throughout are a revelation, at times it almost feels as if you’re in a concept album, or perhaps a Hitchcock style thriller where she’s got poor Archie locked up in a loft somewhere, whilst she’s eyeing up wedding dresses and a top quality pad lock.

Her singing too, is fantastic. Sometimes, as on the Veronica Falls like jangle pop of Atop a Cake and the aforementioned Adult Diversion, her words become almost gabbled as she rushes to keep up with the delightfully out of control music, guitars rushing ahead of themselves lurching like a run away mine cart. Indeed the line “is it a good time, or is it highly inappropriate?” on the opening track is so impossible to fit into the space provided that it’s forced into an almost Morrisseyish flamboyancy just to make sure it’s heard.

Ones Who Love You & The Agency group, add a gloomy Jesus And Mary Chain feel to proceedings, and they strike me as a band who for all their summery California cost moments are probably equally good on a gloomy Tuesday in Glasgow. The Agency Group finds Molly “suffering from a case of sobriety” whilst Ones Who Love You, hints at knowing the seasons are changing as she sings “the winters are coming, when you can’t ever feel your face, you can’t fucking feel your face!”

Dives is full of gloomy synths that recall Joy Division and Beach House in equal measures, as again Molly is lamenting over those non-committal boys, “I’ve been waiting on our lives together, I’ve been patient for a long-time.” Whilst Next of Kin is an even darker moment, played out against what sounds like a contrastingly sprightly Indie-pop backing. It tells the tale of a lost love, be it metaphorical or entirely real “I left my love in the river, the only one who sees, I lost his hand in the current, it was the life I wanted and I hoped for.”

The track that comes closest to matching the brilliant of Archie, Marry Me, is the superb and very poppy Party Police. It recalls fellow Canadian’s Tegan and Sara; the chorus is splendid, and from the amount of times they run through it they’re very aware just how good it is! It’s also entirely catchy so be warned you’ll be singing “you don’t have to leave you could just stay here with me forget all the party police we can find comfort in debauchery” on a near constant loop, which might get you some odd looks. There’s a beautiful break down, that pares a spiky synth line with an impassioned coo of “you don’t have to leave.” There’s a note around 3:20 in, where her voice suddenly leaps upward, that’s mind blowingly good, perfectly showcasing her dexterous vocal chords. It’s a beautiful track, a lament to fading love that can’t last because “When everyday’s a hurricane you know there’s something wrong”

If it’s not the most ambitious, varied or consistent of debuts, it’s entirely forgivable because the high points are simply brilliant. They show that even in a genre that seems so saturated, there’s always room for another brilliant pop song, and here they showcase some absolute belters.

Alvvays self-titled debut album is out now on Transgressive Records. The band will be supporting Real Estate on their UK tour in October