Live fast, die you, and leave a beautiful corpse

James Dean said that…. what a load of nonsense! Lately the evidence for living slow, dying old and leaving a wrinkly corpse is piling up!

Jonny Cash arguably put his best albums out in his 70’s, shortly before his untimely death. Dolly Parton’s still churning out country-hits and drawing huge crowds at 68, and David Bowie’s not been this prolific in a long time, despite being well into his sixth decade.

Bruce Springsteen & Mick Jagger are still seen as sex symbols, despite strutting (somewhat embarrassingly) about the place well into their 60’s and Bob Dylan’s racked up album number 46 in just 52 years, and you wouldn’t bet against him making it to 50 before he hits his 80’s.

Talking of 80’s, perhaps the oldest swinger still in town, Mr Leonard Norman Cohen, has just reached his, even he though is twelve years short of the oldest chart topper of all, Dame Vera Lynn, 97 years young and still releasing albums (though admittedly they’re not quite as interesting as the other names mentioned here)

Age…it’s just a number, and sometimes it’s a very high one! 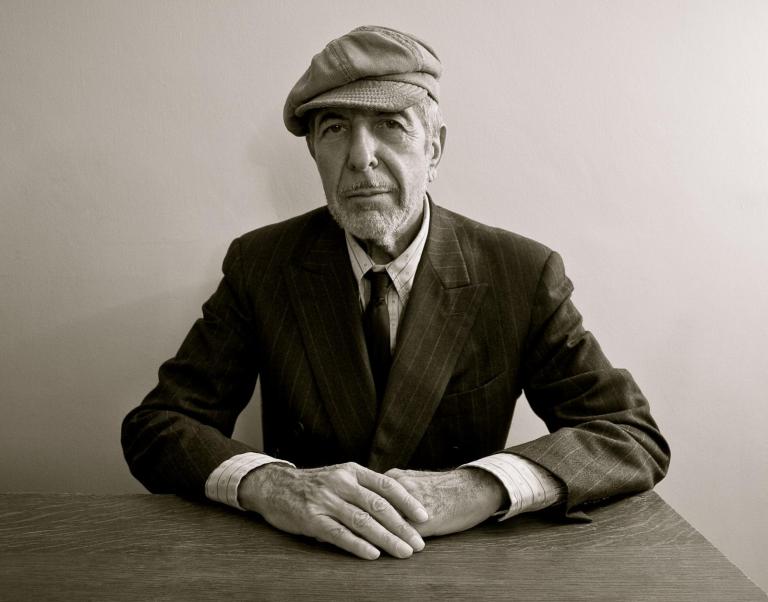 In some ways the story of Leonard Cohen should be a tragedy; the finances set aside for his retirement fund stolen from him by his manager, and once close family friend Kelley Lynch. The figures quoted in court suggested his $5million retirement fund had been gradually whittled away to just $150,000. Despite the courts ordering Lynch to repay Leonard $9million, it is believed very little of this has ever been returned.

The result of this financial set back was that Cohen returned to touring in 2008, and he hasn’t stopped for long since, and it’s with that return to the stage that the great man has turned a challenge into a roaring success. His live shows were a series of triumphs, loved by critics and fans in equal measure, it appeared that somewhere in all his troubles he rediscovered his love for what he does, and that confidence was evident too on his return to the studio. His 2012 album Old Ideas was the most successful of his career, reaching number two in the UK charts, and number three in the US. To put that into context prior to this his highest placing album in the US was 1969’s, Song From A Room, which astonishingly only reached number 63. As well as stunning sales figures the album garnered near universal critical acclaim, and rightly so, in some way it was classic Leonard Cohen, tales of love, revenge and betrayal, littered with references to his faith and his uniquely dry whit. It also was unquestionably coated thickly in ruminations on his own mortality. As the very clever title suggested it was an album featuring Old Ideas but moreover ideas on being old.

Two years on, the question has of course changed, it’s no longer  the listener asking can he still make a good album, it’s asking whether he can make an even better one. He’s started with the very sensible plan of re-recruiting Old Ideas producer, Patrick Leonard. Patrick, as everyone’s been incredibly quick to point out, is best known for his collaboration with Madonna, however more relevantly he’s also worked with the likes of Bryan Ferry and Elton John, and as he did on Old Ideas, he’s gently guided Leonard Cohen into new musical territories. Gone are the cheap synthesisers and cheesy drum machines that characterised some of the lesser moments of his latter career, and saw the great man reduced to resembling a very good working-mens club cabaret act. Impressively here there’s even signs that there’s been musical progress since Old Ideas, if that was a sparse take on a classic roots & blues sound, here there’s a widening of the musical palette, elements of soul, gospel and country are added to the mix, and it works wonderfully; partly because lyrically too there’s a change of emphasis. If Old Ideas was Cohen at his most introverted, looking at his own mortality and the fears associated with it, Popular Problems, as implied by the title, is much more outward glancing. It’s Leonard looking at the world, in all it’s gory, brutal, magnificence.

This being Leonard Cohen, there’s obviously a lot of personal musings too, and songs about sex! Opening track Slow being the most obvious example, it see’s a wheezing, ageing Leonard attempting to explain “it’s not because I’m old, it’s not the life I’ve led, I’ve always liked it slow, that’s what my Momma said” at time he’s almost pleading for a breather “all your moves are swift, all your turns are tight, let me catch my breath, I thought we had all night.” Poetic and filthy in equal measures, crooning over a buzzing stage-organ with horns straight out of Hey Big Spender, in many ways it’s the Cohen of old, only with the added joy of how wonderful his voice has become. He’s always been gravelly sure, but as he’s aged his voice has almost  weathered, years of smoking, perhaps reducing his range but adding buckets of character and charm: to our ears he’s never sounded better.

Lead single, Almost Like The Blues, is an all together darker track, you can picture Cohen in front of his television, watching and seething at the world he see’s “I saw some people starving, there was murder there was rape, their villages were burning, they were trying to escape” full of guilt, he does what any normal human being and relates it to his own life “there’s torture and there’s killing and there’s all my bad reviews” it’s the sort of sardonic wit and perfectly formed snapshot of his thoughts that makes him such a wonderful and well respected lyricist. Musically it’s a jazzy-lounge piano number, with superbly judged percussion, and a bass-line that’s just the right side of funk.

Throughout, the lyrics read like poetry. Sometimes personal like “I cried for you this morning, and I’ll cry for you again, but I’m not in charge of sorrow, so please don’t ask me when” from A Street, or political such as “the story’s told with facts and lies, you own the world, so never mind”, but always fascinating and intriguing. Indeed the only blip on the album, Born in Chains, suffers because it’s the one track that’s in no way personal, it’s a modern hymn and too wrapped up in religious imagery to make any real connection with the listener.

Let it slide though, there are so many brilliant moments elsewhere. Samson In New Orleans is a heartbreaking look at the fall out from hurricane Katrina, “we who cried for mercy from the bottom of the pit, were we so damn unworthy, that the sun rejected it?” It all plays out over a loan buzzing organ, it’s as croaky, gut-wrenching and brilliant as a Tom Waits ballad.

Did I Ever Love You, starts off like a boozy folk number recalling The Pogues, before reinventing itself as a jaunty afro-beat number in the Paul Simon model, it’s like nothing he, and possibly anyone has ever done before. “Did I ever love you? Does it really matter?” he notes in a tale of a relationship so bereft of feeling that you can’t even remember if it was ever there at all.

You Got Me Singing, finishes the album beautifully, the gorgeous violin and stunning backing vocals, both factors throughout the album, combine in a gorgeous folk-tinged number that see’s Leonard looking at the world with all it’s problems, and still finding that despite it all that there are things to love in the world, and realising “you got me singing, like a prisoner in the jail, you got me thinking I’d like to carry on” if this albums anything to go by we might just want him to carry on a lot longer too!

Popular Problems is out now on Columbia Records.