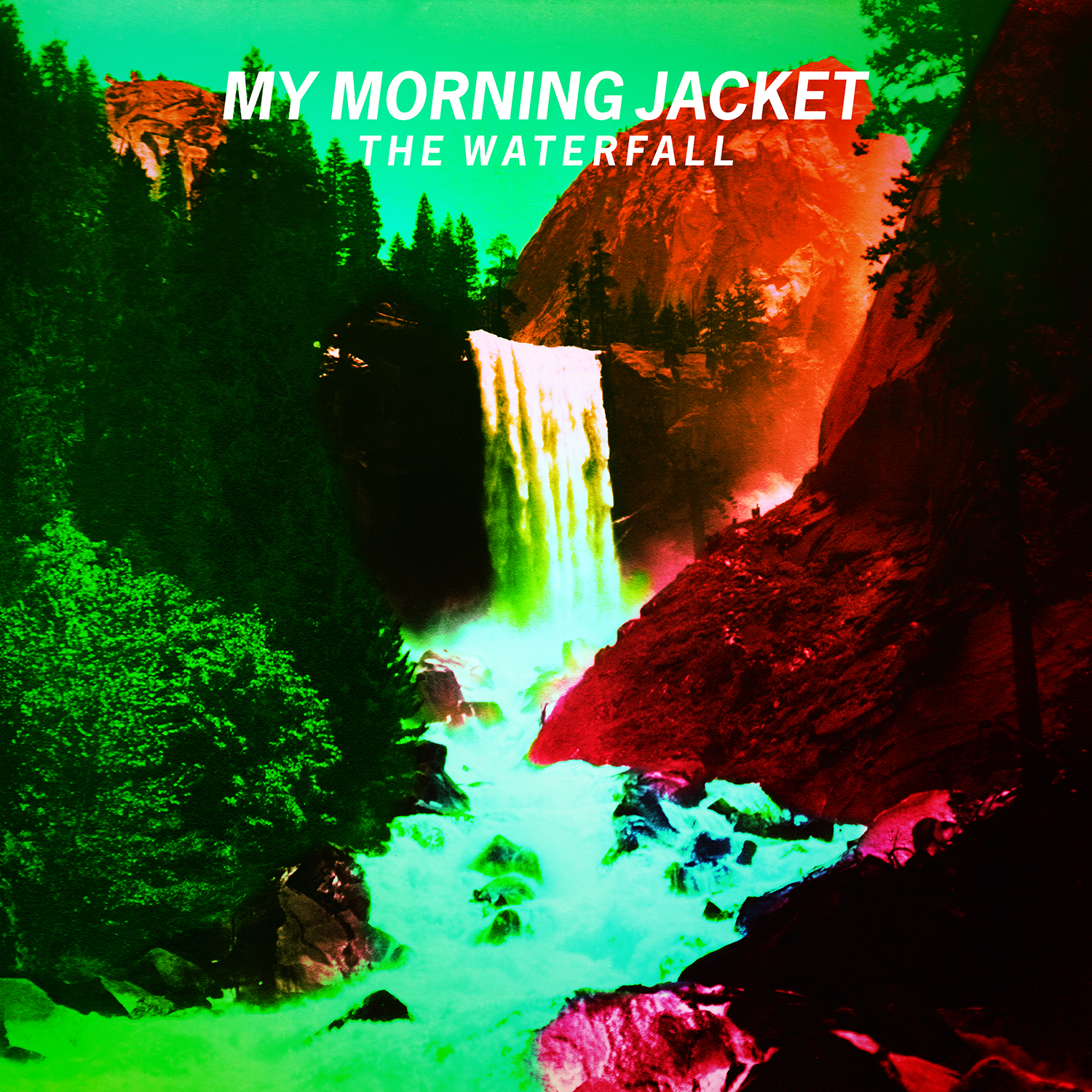 “Hopefully it occurs to me that there’s one thing that I can’t stand
That’s the thought of one single day, without your head in my hand”

Please forgive us a slight personal aside before we get to the main event of today’s article, but with the return of My Morning Jacket it seemed like far too good an opportunity to talk about what is quite possibly one of our favourite tracks of all time.

The track in question, Hopefully, appeared on the My Morning Jacket’s second album At Dawn. It was, if memory serves, the first record we ever heard from the band. A collection of tracks that trod, what at the time seemed, a unique line in folk-rock crossover. Whilst the influence of Neil Young, Fairport Convention, The Byrds, all now seem a little clearer, at the time we were young and naive, and nobody was making music that sounded as beautiful, ambitious or reverb-coated as My Morning Jacket. Amongst all the beautiful production, stunning musicianship and wonderful vocals, one track stood out above the others, something about it just grabbed our attention and made us really listen.

It starts with the distant tuning of a slide guitar, a gentle whisp of an acoustic seems to melt into the mix entirely effortlessly, and only gradually does it unfurl into a gentle steady rhythm; it’s almost metronomic, and it seems to wash over you, the sort of guitar line you could gently loose yourself in for hours on end, trust us we’ve spent hours listening to this track on repeat. It doesn’t ever become much more than that, it’s just a wonderfully simplistic accompaniment to Jim James’ incredible vocal performance.

Jim always sounded fantastic, but on this track somehow the emotion seemed to crackle through him, a sort of echoing rawness, as he almost strained to reach the songs higher notes. Vocally it’s almost as hazy and perfect as the guitar, it just sounds so wonderfully true, so impeccably tuneful and so entirely honest. Lyrically it’s probably even more special, it takes him the best part of a minute to even enter proceedings.

It resembles both an apology and a love song all at once, it’s Jim saying that I’ve let you down, and I’m sorry, but I’ll fix this, I’ll be the man you want me to be, and everything will work out in the end.

He’s hopelessly lost in his love for the girl he’s let down, the girl he can’t live without, the girl who’s absence on even a daily basis leaves him entirely lost. In many ways it’s the oldest tale of them all, “I let you down, I’m sorry, please forgive me”, surely everyone’s heard that in their life, but we doubt anyone’s ever said it quiet as perfectly as Jim does here. Sonic evidence that true love can simultaneously be hard and beautiful, honest and sad; the most complicated thing and the simplest, humble, heartbreaking and the most amazing feeling in the world.

The whole thing just floats away into the ether from whence it came, the guitar winding down, the hazy slide guitar backing left as a gentle wash of sound, it’s just a wonderful thing, sonically perfect and emotionally untouchable. My Morning Jacket would go on to release incredible albums, as ambitious and important as any band around, but they’ll probably never write anything as special to us as this one beautiful track.

My Morning Jacket – The Waterfall

It’s been four years since we last heard from My Morning Jacket, that album, Circuital, had been the bands highest charting album, coming in at number five in the US, had received largely positive reviews, and had two songs that were originally written with the upcoming Muppets movie and tour in mind, only as Jim James himself put it, “Muppet glory has been within my grasp…it’s pretty heartbreaking, but it did propel us just to kick into high gear and finish our own record.”

Circuital was an excellent record, but oddly it doesn’t seem to have aged well , it’s not that it’s actually got worse, it’s just that people seem to have forgotten that it was good. It now seems to be lumped into a sort of decade into their career slump, alongside the incredibly divisive Evil Urges. Perhaps a victim of their own lack of action, they’ve never been the most prolific album producers and in the decade since what it seen as their last classic album, 2005’s Z, the band have released just two records, and have perhaps lost some of the momentum along the way. Not that the members haven’t been busy, drummer Patrick Hallahan playing as a member of Spanish Gold and Jim James releasing the superb solo album, Regions Of Light and Sound of God, as well as being drafted into the New Basement Tapes project by T-Bone Burnett.

So where does that leave My Morning Jacket? Their singers gone solo, they’ve been away for a number of years and it’s been a long time since they truly grabbed the public attention. It must have been a genuine question as to whether they really needed a new My Morning Jacket album, another brutal tour schedule, another long, difficult recording session. Not that you’d know it, because The Waterfall is an absolute joy, and not only that they’ve already finished writing and recording a second new album! There’s life in this old dog yet!

The Waterfall was recorded in Stinson Beach in Northern California, in a studio known as Panoramic House, perched on a hillside overlooking the Pacific Ocean; it sounds beautiful, and certainly some of the sunshine, and beauty of the area seems to have influenced this record, as does some of the musical heritage of the area. The record is infused with a sort of omnipresent sunshine-psychedelia. Locations have always been important to My Morning Jacket, as Jim James’ put it, “for me, every record has the spirit of where we made it” and that has never been more clear than on this album. The music here seems to borrow from all the great and good of West Coast recording history, taking the bands sound into new direction whilst also revisiting some of the moments that made their early recordings so special.

Opening track Believe (Nobody Knows) is the albums call to arms, despite being the last song written for the record, Jim repeatedly urging us to “believe” what he wants us to believe in is a little less clear, he has spoken of his spirituality becoming more grounded, of realising he can’t explain the beauty of the world, but that he still sees the magic in it. Musically there’s hints of the latter output of Bon Iver, with huge soaring vocals and complex full band arrangements, it’s energetic, playful and gently ebbs and flows, all held together by a pulsating Postal Service-like keyboard line.

There’s a delightful variety to the music here, Big Decisions is a huge, radio friendly, rock number with a 1980’s tinge. Incorporating huge guitar riffs, pounding drums and vast choruses, it’s big, bombastic and fun, in complete contrast to the lyrics that, like much of the album, paint a tale of a failing relationship, “I don’t quite feel like faking it again tonight, don’t feel like saying everything is alright”, Jim notes, on a subject he revisits throughout The Waterfall. On Only Memories Remain, the albums soulful closing number which paints a similarly beautiful portrait of sunshine-soul as we’ve seen perfected by Matthew E. White, he’s telling his partner it’s done, singing “though we both know how much it meant, only memories remain.” Whilst on the stripped back, slide-guitar infused beauty that is Thin Line, which seems to inadvertently borrow a melody from the Super Furry Animals number Juxtapozed With U, the thin line in question is between “loving and wasting my time.”

If those tracks don’t spell out “it’s over” quite clearly enough, on Get The Point, Jim really hammers it home! It’s the albums most simple and stripped down moment, starting with just a plucked acoustic and a heady, reverb coated vocal. “I realised all the time I was wasting, trying to mend a broken situation, day-dreaming of leaving, I only had to do it.” Throughout the song there’s a series of gorgeous slide guitar motifs, adding some wonderful texture to the heartbreakingly honest lyricism. It’s a song about the passing of love, “I wish you all the love in this world and beyond, I hope you get the point the thrill is gone, I hope you get the point our love is done.” Honest to the point of brutality, and incredibly raw it’s a painfully beautiful listen.

If it all sounds a bit heavy going, there’s plenty of moments which are considerably more optimistic, and more ambitious as well. In Its Infancy (The Waterfall) starts off with an easy going, warm electric guitar but gently builds via choppy stabs of piano and layers of echoing vocals. Melodies play out on a variety of instruments, violins, twiddly guitar psych-tinged guitar solos, and it all builds to beautiful washes of full band sound, a telling reminder of this bands hugely ambitious approach. Spring (Among The Living) has a thrilling explosion of a chorus, all driving guitars and rapid fluttering drums, it’s a reminder that this is a band who have mastered the craft of prog; all huge builds and stunning collapses, it recalls Midlake’s most recent album, and that’s never a bad thing.

Probably the most beautiful, and Californian, moment is the Byrdsian jangle of Like A River, its rapidly picked acoustic recalling Fleet Foxes, as does the lyrical content: all trees, river and nature in general. As the drums kick in the whole thing picks up, and with an electric guitar adding depth and detail it becomes a gorgeous slab of psych-folk. The instrument ebbing and flowing, like the river the title describes. The layering of first instruments and then vocals happens so subtly you barely notice, no seismic shifts or jumps, it’s just a beautifully produced meandering wander.

It would be unfair to call this album a return to form, they’ve never produced a bad record, but this album sounds so delightfully fresh, it’s a band rejuvenated, finding themselves with a blank slate in front of them and crafting something that’s both progressive and classic. It’s a return to nothing, more a huge leap into a future, a future that looks very bright indeed.

The Waterfall is out May 4th via ATO Records. My Morning Jacket play End Of The Road festival, as well as dates in Manchester and London at the start of September.

One thought on “My Morning Jacket – The Waterfall”