There are good band names, there are bad band names and then there’s Someone Still Loves You Boris Yeltsin! It’s a mouthful, it’s weird, it’s very long and it doesn’t shorten to anything good, yet one way or another they’ve gone for it! It’s also probably the only band named after a former president of Russia, though of course not the only band named after someone seemingly unrelated to the band and their music!

Jane’s Addiction were named after a friend of singer Perry Farrel’s who said she was addicted to prostitution; The Dandy Warhols were a pretty clear, and rubbish, play on Andy Warhol, Marilyn Manson famously took his pseudonym from the previously never related celebrities that were Marilyn Monroe and Charles Manson.

Sure, but SSLYBY are the only ones named after a political figure right? Well no, wrong again we’re afraid, Franz Ferdinand lifted their name from Archduke Franz Ferdinand, who’s assassination in Sarajevo set off a chain of events that would eventually result in the start of the First World War; whilst The Dead Kennedy’s took their name from the alleged Kennedy curse, which it suggested began following the assassination of JFK back in 1963 and, if you believe the story, resulted in the death of the majority of the high-profile Kennedy men. The band have been quoted as saying that it was not meant as an insult to the Kennedy’s but to highlight their representation of the American dream.

Proof, were it needed that it’s pretty much impossible to come up with a name that’s entirely unique, even if you come up with the most obscure celebrity reference that you can think of, someone’s probably got their first.

SOMEONE STILL LOVES YOU BORIS YELTSIN 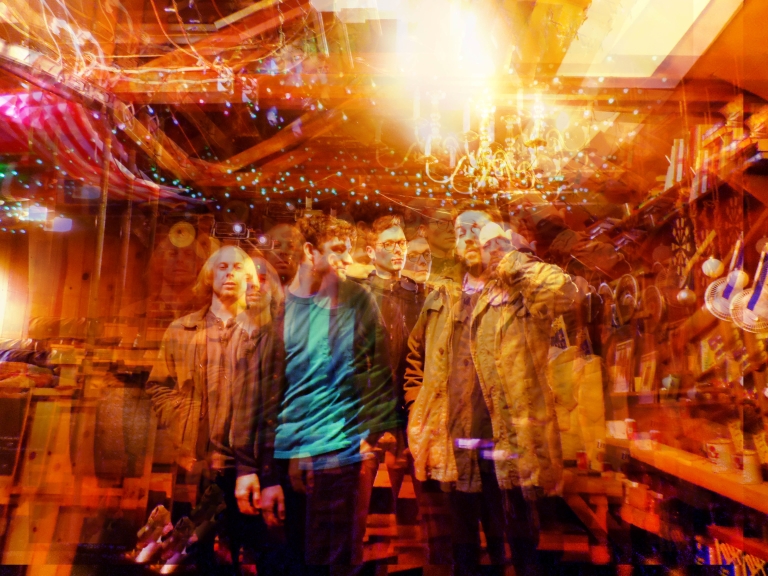 Who?
Not actually Russian history students, or even Russian’s, Someone Still Loves You Boris Yeltsin (from here on described as SSLYBY) are in their current line-up, the trio of guitarist and vocalist Phil Dickey, guitarist and vocalist Will Knauer and bassist Tom Hembree, who was a founding member of the band but has only recently returned to, “stir things up in the best way possible and demand we play louder and faster”. All of which begs the question who’s playing all the drums that are on this record?

What?
Well according to Wikipedia SSLYBY are an “indie-pop” band but there’s a rawness about the delivery of their latest album, The High Country that takes this beyond chiming-poppy guitars and into something a touch rougher. In many ways they’re a classic American College Rock band; guitars that are equal parts scuzzy and jangling, songs about girls and beaches, bright and breezy but with an emotional undercurrent, they follow in the footsteps of lineage that flows through Pavement, Weezer and out into bands like The Shins, Ambulance Ltd and Rooney. Vocally there’s shades of both Elliot Smith and The Crimea’s Davey MacManus.

Where?
SSLYBY are from Springfield in Missouri, perhaps most famous for being the “birthplace” of Route 66 and is the third largest city in Missouri. Springfield is apparently, “home to five farmer’s markets: a community garden, several natural food stores, a fair trade chocolate factory, a winery, and three craft breweries”, al of which sounds rather lovely doesn’t it! Musically, Springfield is most famous as the home of Ozark Jubilee the first national country music TV show, but hasn’t got a whole lot in the way of modern musicians, it is more successful at producing actors with Kathleen Turner born there, Brad Pitt growing up there and a personal favourite, John Goodman went to the cities university on an American Football Scholarship before he discovered the joys of acting.

When?
Will Knauer and Philip Dickey were high school friends and started writing music together in the late 1990s, the first incarnation of the band started demoing tracks after Philip met former member John Robert Cardwell at college. They self-released their debut album Broom in 2005 which was later picked up by Polyvinyl records. They have released a further three albums, all on Polyvinyl: 2008’s Pershing, 2010’s Let It Sway and 2013’s Fly By Wire. Their fifth album, High Country was released this June, again via Polyvinyl.

Why?
Because there’s a teenager in all of us who wants to bounce around, have a good time, screech our the loud to the punky numbers and wave lighters in the air as the slow ballads draw a single tear down our cheeks, right? Well if the answer to that is “yes, obviously” then SSLYBY are the band for you. The opening assault, Line On You, is a wash of scuzzy guitars and rapid drums but always with a poppy hook hidden round every corner, if someone said Head Automatica were back you wouldn’t be disappointed. Goal Mind is the sort of bright and breezy indie-pop song that The Shins would have put out 10 years ago, whilst Song Will is basically the same song as Weezer’s Surf Wax America, and readers of a certain age know what a brilliantly good thing that is!

The band press release describes Trevor Forever as, “the punk rock anthem you wish you’d been able to scream along to as a teenager” and they aren’t wrong, the closing line is, “didn’t Trevor betray you three times, WAHHHHHHHHHH (or screaming noise to that affect), No Trevor” and one points Phil asks, “do you wanna bring down fascists with me Stevie, ooohwoohoohwoo”, it’s just ludicrously fun; so fun in fact that Phil trashed his voice recording it, as evidenced in his slightly weather-worn, emotional take on the rather gorgeous, if slightly lighters in the air if someone smashed your heart into pieces angst ridden, Madeline, which is somewhere between the Plain White T’s and Elliot Smith, a rather odd middle ground we’re sure you’ll agree.

Possibly the albums finest moment is Step Brother City, guitars jangle like a mid-period The Strokes record, as drums blur rapidly and a bass, sitting high in the mix, picks out a lovely rhythmic groove. Vocals sit above the mix, littered with a suitably downbeat lyric about, “how all the good songs and poems are all about you, and all the bad ones too, I just get confused” and latterly notes, “God only knows how anyone could live in a city where you don’t live” sure it’s a tad overblown but what’s wrong with that from time to time?

Why Not?
Well for basically all the reasons you might love it, you might equally hate it, in a world which is as much about image and pretence as it is about the quality of the music, SSLYBY stand alone as entirely un-bothered about trends, they’re just making the music they loved growing up and having a great time doing it.

The High Country is out now on Polyvinyl Records. Someone Still Loves You Boris Yeltsin are currently on tour in the USA.