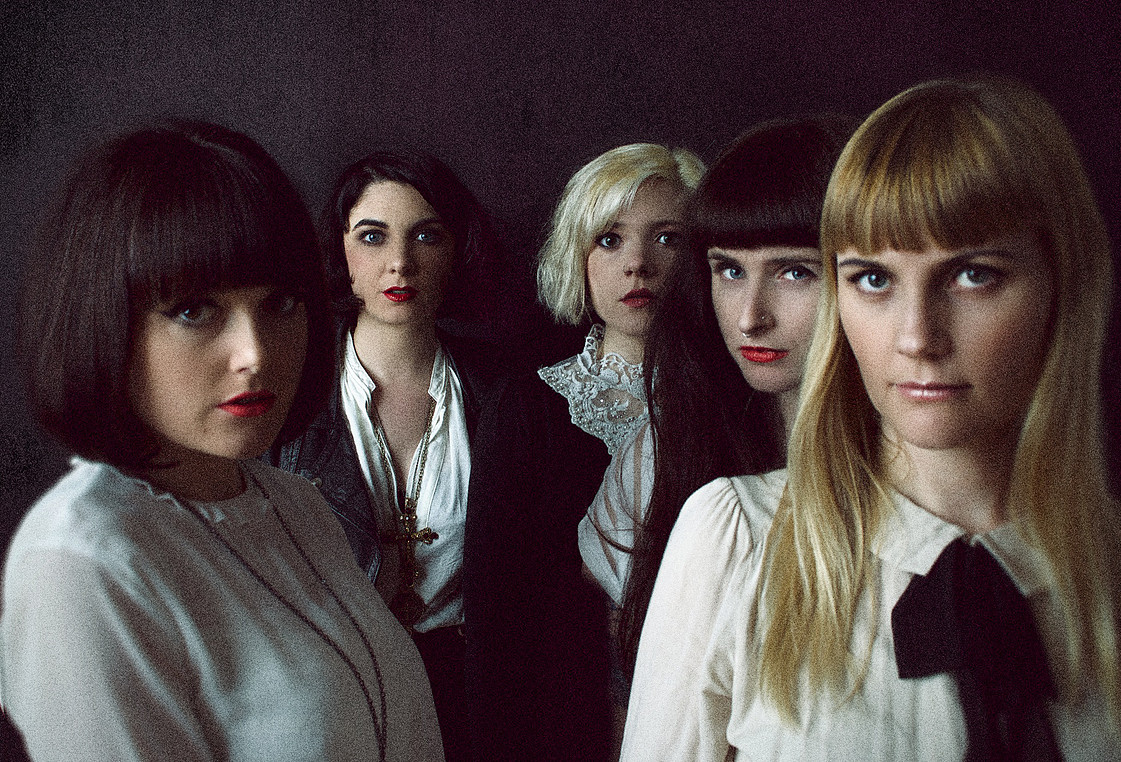 We fell for De Montervert’s musical charms a while ago, and have already hotly tipped her as one of the artists most likely to soundtrack our 2016, however this week with the release of new single, It’s Alright I’m Probably Dreaming, we might be even more excited about her new album.

Built around a driving kraut-rock bass-line and the steady tick of a snare heavy drum beat, the track creates dreamy and slightly wistful feeling; not overtly melancholic but laced with a certain sense of longing for an unidentified feeling of solace. Further evidence of an increasingly diverse musical talent who’s upcoming album might just be one of the most intriguing debuts of the year.

De Montevert is out March 4th via No Method. Click HERE for more details of upcoming De Montevert shows.

This wasn’t meant to be the life for Kyle Craft. He grew up in a tiny town in Louisiana, on the banks of the Mississippi where he apparently spent most of his time catching Alligators and Rattlesnakes. Even ignoring the obvious dangers of these rather unusual pastimes, it was a place where music wasn’t really on the agenda. Thankfully a chance encounter with a David Bowie hits compilation at his local K-Mart got Kyle dreaming, and the result of pursuing a self-made musical journey will now be shared with the world in the shape of his debut album Dolls Of Highland, which will arrive later this year on the legendary Sub Pop label.

This week Kyle has shared the first taster of what’s to come in the shape of single Lady Of The Ark, and it’s thrilling. It’s the sort of music that can only come from a somewhat unique musical outlook, a track that instantly sounds like nobody other than Kyle Craft. The huge sound of pounding drums, the almost mariachi handclaps, the frankly bizarre fairground-organ interlude, the lyrics than hint at a complex incestuous web of lives and lies, and all that before you even get to the voice. Described by Billboard as, “a voice like an angry goose” and one even Kyle himself admits is, “very abrasive”; he has said that listening to Bob Dylan inspired him to embrace his voice and make the most of it. Kyle has suggested he shares a tone with Bob, but to our ears it’s more like the love child of Withered Hand and Neutral Milk Hotel’s Jeff Mangum, and that’s a very good, if slightly divisive, place to be.

Dolls Of Highland is out Aptil 29th via Sub Pop.

3. The Shadow Of Tonight

Those who’ve been paying incredibly close attention to the modern Americana scene might already have stumbled across the name Ashley Shadow. Previously Ashley was the bass player in rock-noir outfit The Organ, as well as performing with the likes of The Cave Singers, Bonnie ‘Prince’ Billy and Pink Mountaintops. Thankfully after five years of contributing the sidelines, Ashely has now decided to step into the limelight and reveal a hiterto unknown to the world talent as a songwriter and a singer in her own right.

This week Ashley has unveiled the details of her self-titled debut album, due later in the spring, and whilst she was at it, the Vancouver native also shared the records first single, Tonight. What starts off life as a bare-acoustic track, Ashley accompanied by little more than her guitar and a minute injection of percussion, gradually builds to an atmospheric crescendo of shimmering bass and rolling toms, even offering slight nods in the direction of The Jesus & Mary Chain. Lyrically the track seems to a plea for an unknown outsider to believe in themselves and, “lay your guard down tonight, and take some time for your life”. If this is the sound of Ashley stepping out into a spotlight, she’s making it seem like she was born to play that part.

Ashley Shadow’s self titled album is out April 15th via Felte.

Nashville songwriter Rayland Baxter has this week snuck out his latest release in the shape of stripped back EP, Soho. Whilst it might not quite have garnered the same press a new surprise Beyonce release, it’s none the less the sort of excellent news we like to wake up to.

Soho was recorded in London’s famous Dean Street Studios, where Tony Visconti recorded the likes of David Bowie and T-Rex. Rayland probably didn’t stretch the capabilities of the sound desk too much though as Soho is probably the most stripped back record he’s released to date. The EP consists of five tracks, four of which are re-workings of material from last year’s album Imaginary People, however most excitingly of all he’s also included a superb cover of gorgeous early My Morning Jacket track, Bermuda Highway. Rayland has spoke of wanting to, “present these tracks in as many ways as necessary”, and these latest re-imaginations might just be the most intimate and beautiful way to hear this hugely talented songwriter in action.

Soho is out now via ATO Records. Rayland Baxter is currently on a US tour, click HERE for live details.

1. Love No One (Except September Girls)

Dublin quintet September Girls have this week returned with brand new single Love No One, their first new material since 2014’s concise and excellent Veneer EP. The track is accompanied by a suitably creepy video, directed by the bands guitarist Jessie Ward O’Sullivan, which emphasises the bands unnerving and slightly witchy, soul-stealing qualities, which we must admit we find slightly terrifying.

The track, the first to be lifted from their upcoming Age Of Indignation album, is an equally dark and murky affair. The band have described the track as being, “a comment on the vacuousness of modern society, mourning a narcissist’s inability to see true beauty”. The tracks strong message is matched in the music that accompanies it; the intro a thrilling rush of tumbling drums and reverberating pulses of guitar gives way to tight vocal harmonies reminiscent of contemporaries such as PINS or The Wharves, the whole track is laced with a sense of unease and anxious energy. Love No One seems to suggest the band are delving into intriguing new lyrical and musical territory, which all bodes well for an upcoming album, which even in its title seems to suggest a rage and restless dissatisfaction at the modern world. September Girls might just be exactly the band the difficult landscape that greets 2016 needs, or at the very least deserves.

Age Of Indignation is out April 8th via Fortuna Pop! September Girls tour the UK in May, click HERE for details.