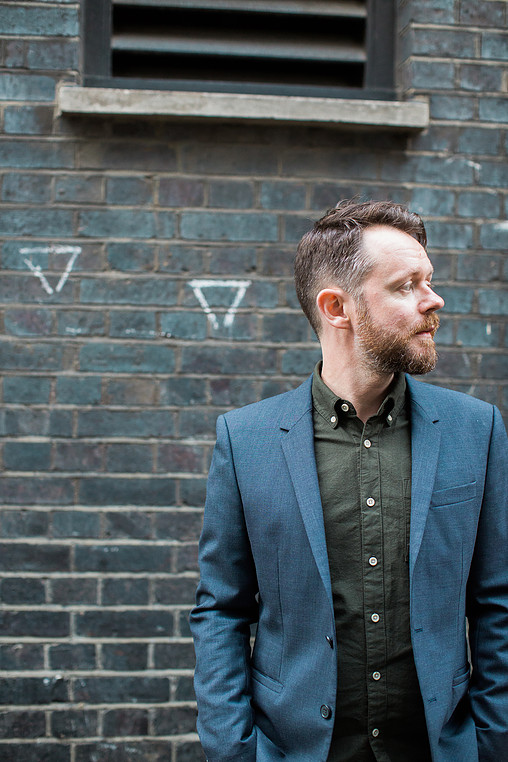 Who?
Steven James Adams is a solo artist these days but is probably best known as the singer with the much lauded Broken Family Band. His previous collaborators include members of bands as diverse as Lau and The Vaccines, however his latest output was recorded with the help of producer Dan Michaelson, and drummer Daniel Fordham, a member of The Drink.

What?
Strangely Steven’s latest album Old Magick, is his first recorded in a studio but it sees him strip back the sound of his previous solo output, and makes something in a way more minimal, a fact he acknowledges noting, “the irony of going somewhere a bit more high-tech to make something with less people and instrumentation wasn’t lost on me”. The resulting album has a full, and lushly produced sound, but for the most part it’s just vocals, acoustic guitars, piano embellishments and a smattering of perfectly judged percussion. That is not to say it’s not an ambitious recording, as the songs within float from campfire sing-alongs to upbeat psychedelia and infectious indie-pop.

Where?
Steven recorded his most recent record, Old Magick, in Hackney, but he’s originally from Cambridge. The city may be most famous for it’s University, which has been in place for over 800 years, but it’s original growth can be traced back not to scholars, but Vikings, their vigorous trading habits resulting in rapid population growth in the area. Cambridge only became a city in 1951, when despite its lack of cathedral, it was decided the settlements history warranted city status. When discussing the music of Cambridge it’s pretty hard to ignore the legacy of Pink Floyd, however other acts coming out of the city include Katrina & The Waves, Tom Robinson and Olivia Newton John.

When?
As mentioned before, Steven was founder member of the Broken Family Band, they released five albums between 2003 and their break-up in 2009. He would then go on to release two albums as part of the group Singing Adams, before releasing his debut solo album, House Music, in 2014. His second solo album, Old Magick, came out earlier this month on Fortuna Pop.

Why?
What has always made Steven’s song-writing stand out is his prowess as a lyricist, and Old Magick certainly doesn’t dampen that feeling. Whether he’s addressing how the public react to migrants on Togetherness, dissecting relationships on French Drop, or reflecting on the ageing process, on the Belle & Sebastian meets Arab Strap pop-smash, Kings Of The Back Of The Bus; Steven’s keen eye for a situation and ability to reflect that in his lyrics is outstanding throughout.

Musically, whilst it might not seek to push any boundaries he hasn’t pushed before, Old Magick is arguably his most cohesive set to date. He has spoken of how he, and producer Dan Michaelson, set about to record an album that, “sounded like me, not me trying to do something I don’t normally do”. Unquestionably this has been achieved, if anything by stripping back the excess they have tapped straight into what makes Steven such a renowned songwriter. His sense of melody, ear for the correct instrumentation and knack with song-structure shine through across the record. Couple with a natural sense of a pop song, there really is no reason why these tracks couldn’t nestle their way onto radio playlists and make Steven a quiet, understated super-star.

Even on a record of consistent high-points there’s room for a number of stand outs; Modern Options, a song about the difficulty of making decisions in a life so littered with opportunity, starts life with acoustic guitars and gentle piano before giving way to rapid tremolo-laden guitar picking and the warm buzz of synthesisers. French Drop is an upbeat acoustic-strum accompanying a very mature, verging on entirely calm, break-up song; Steven sounding entirely free of bitterness as he notes, “eventually resentment and fear took the lead, I wish her love, good luck and god speed”. Elsewhere The Golden Bough is the sound of psychedelia being lifted out of the shadows and into the sunshine, as with a nod to Steve Mason, Steven plays out a song he describes as, “a rock ‘n roll song about neuroscience and the “spiritual” choices people make in Western culture”.

Best of all is the albums lead single and opening track, the stunning Togetherness. With all the press around Brexit and the Refugee Crisis, the world should be playing this on repeat. It’s a song about immigration and acceptance; not one that is laced with anger but a sense of hope. He asks us to look beyond skin colour, and to, “scratch the surface the veneer, so what if we’re the same inside?” and to remember, “the people who died for us, was that to keep us apart?” Ultimately he pokes fun at the sense of fear people have of the unknown, noting “we’re afraid that you’ll become us, or we’ll become you and we won’t be able to tell who’s who” before bashing into the ludicrously catchy one word chorus, everybody now…”togetherness, togetherness”. It couldn’t be any more appropriate or perfectly judged for the world that we live in today.

Why Not?
A few tracks; Ideas, An Ending, Sonny, are perhaps a bit forgettable, but even they are still entirely pleasant on the ears. In fact the general warm, fuzzy sound might be a bit too much for some people craving a bit more dirt around the edges; that said in a world where Ed Sheeran win’s Best British Solo Artist, we should just be delighted a songwriter as interesting as Steven James Adams is here to make a mockery of that idea.

Old Magick is out now via Fortuna Pop. Steven James Adams is on tour in March, click HERE for details.