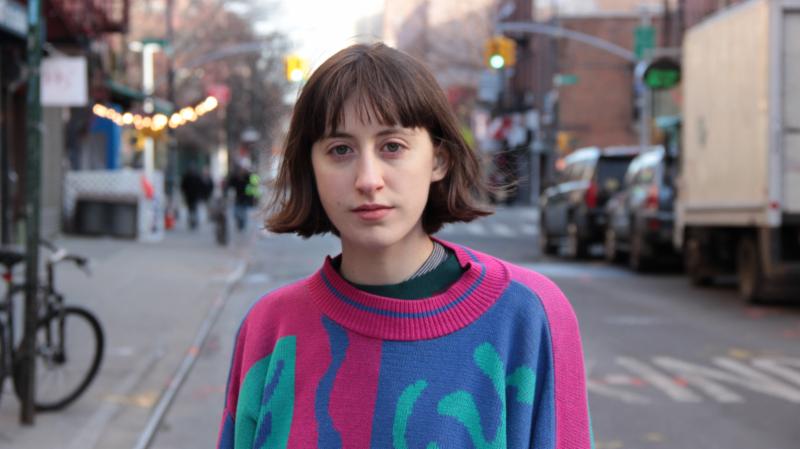 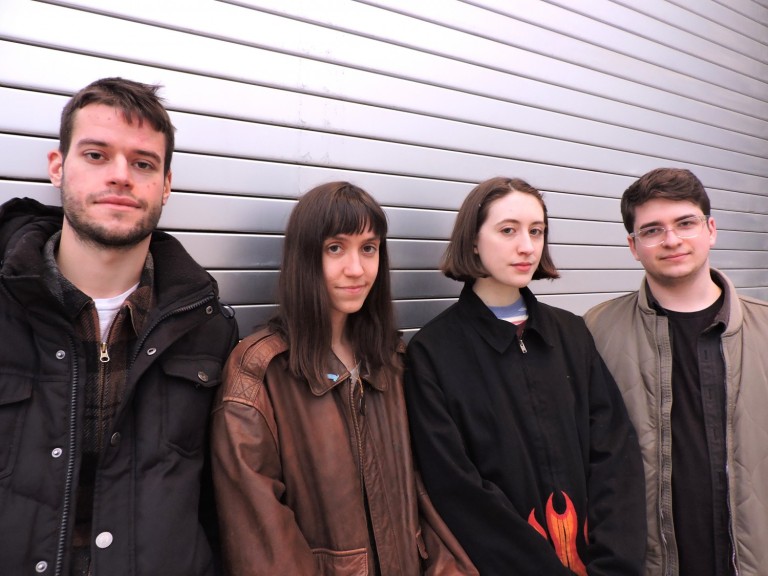 What?
Greta’s songwriting is a series of short- the longest track hear is comfortably under three minutes- sharp vignettes on relationships, friendships and growing up. Musically they’re largely based around prominent bass-lines, twinkling Casio-like keyboards and simple, energetic drumming. It’s delightfully lo-fi, and you can almost hear the sound of Greta’s home, where much of the record was written, before being fleshed out in the studio later.

Where?
Frankie (Or Greta) is based out of New York City. The Big Apple is the largest city in the USA and the 21st largest in the world with a population of eight and a half million, that’s before you count the estimate sixty million tourists who visit the city each year. The city is considered by many to be the cultural capital of the world and has been the birth place of numerous artistic and musical movements, from abstract expressionism to hip hop. Famous musicians from the city include Lou Reed, George Gershwin and Frankie Knuckles, which we’re sure you’d agree, would have made for an interesting collaboration.

When?
Greta is one of those very modern artists who has built a reputation largely on the back of putting absolutely loads of music online. Whilst music has been appearing under the Frankie Cosmos moniker since around 2012, it was only in 2014 that her debut album, Zentropy, was self-released. 2015 saw Bayonet Records sign Frankie Cosmos, and the release of a new EP, Fit Me In. Greta has now followed that up with her second full-length album, appropriately entitled, Next Thing.

Why?
If you were to sum up the music of Frankie Cosmos in a single word, you’d be hard pressed to come up with anything better than prolific. Her reputation was built on a series of self-released bedroom-recordings, as well as being a key player on New York’s all age’s DIY-Scene. The influences of her home-recording background can still be heard, even though she has now moved into the world of professional studios and record labels, and her music remains beguilingly charming.

Next Thing is, for the most part, a collection of un-diluted pop songs. Greta’s song-writing packs in hooks and choruses, with little in the way of wastage, either lyrically or musically. Fittingly, nothing embodies this quality more than the track Embody; it starts with a gorgeous hazy, almost shoe-gaze like keyboard sound, but it lasts little more than a few seconds before the driving poppy qualities kick in; the haze makes the briefest of reappearances at the end of the track, and then the whole thing is gone. Lyrically too it’s a rapid-fire flittering of synapses clicking in and out of place; one second discussing longing and relationships, then praising her friends, and then expressing a desire to travel and an amazement at the very planet we live on, noting, “the world is pretty big, it’s cool we fit on it, it makes me want to grow, so we can go see more.” It’s hyperactive, emotive and rather beautiful.

Greta is a remarkably open lyricist, while songwriters are often hiding their feelings, she seems capable of both self-analysis and emotional honesty. It’s clichéd but as a listener you do feel like you’re listening to her inner monologue. On the surprisingly beautiful Interlude, she hints at inner insecurities even as she essentially just lists off a collection of friends and friends of friends. The listener has no clue who these people are, but by giving them names, you’re drawn in, you’re lead to feel part of her inner sanctum.

Much of the record deals with the ever-popular topic of relationship break-downs, more often than not they’re just settings for more inward glancing discussions on the process of becoming the person you are today. On the excellent Trust-Fund like, If I Had A Dog, Greta reflects on first love and the way it is often flippantly dismissed as just part of growing up, “Am I still so mad? I guess that’s pretty lame, everyone says the first one’s just a game.” With its superb array of keyboard sounds, I’m 20, is a somewhat tongue in cheek look at the way we’re expected to grow up so quickly, Greta nothing, “washed up already, I’d sell my soul for a free pen”, that feeling of being unsure where life is going is also explored on Tour Good, as she remarks, “I don’t know what I’m cut out for.” That feeling of insecurity at the future is increasingly becoming the main topic for so much of the so-called Generation-Rent’s output.

There are many stand outs on this record; closing track, O Dreaded C Town, where Greta sings “your town it’s ruined for me now”, overlaying her fears of running into an ex-lover over minimal Beach House-like organs. The wistful melancholy of Fool is fantastic, whilst Is It Possible/Sleep Song has the albums most cutting lyric, “I guess I just make myself the victim like you said, that’s why when you treat me shitty you get mad”, which is delivered with a delightfully sarcastic screw you, as it unquestionably should be.

Why Not?
There’s arguably a question about the depth of the songwriting on show here, across its fifteen tracks there’s perhaps not enough variety. The tracks are also occasionally a little too short for their own good, sometimes ideas seem to be cut short before they’ve truly had time to flourish. That said, if punchy, sharp snapshots of a life well-led are your cup of tea, Frankie Cosmos is the band for you.

Next Thing is out now via Bayonet Records. Frankie Cosmos plays dates in Manchester and London in May, click HERE for details.