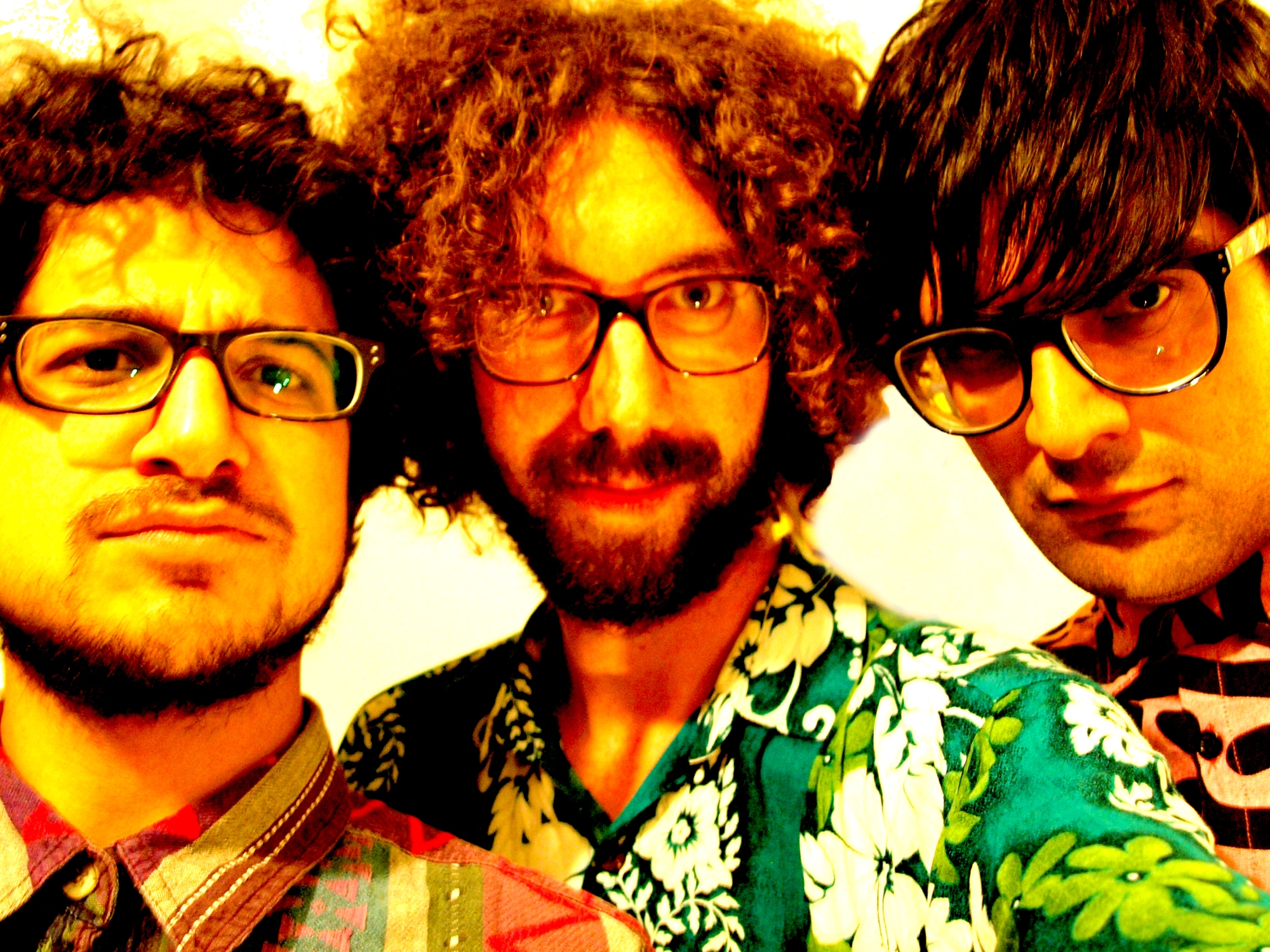 GOLDBLOOMS are an Anglo-Spanish noise-pop trio, whose time is spent between London and Barcelona. They cite influences from Johnny Foreigner to The Unicorns and admit an obsession with space time, Turkish food and Tabasco sauce. Today we’re delighted to exclusively share the video for Going Away, the latest track to be lifted from the bands second EP, How It Starts Or How It’s Going To End. 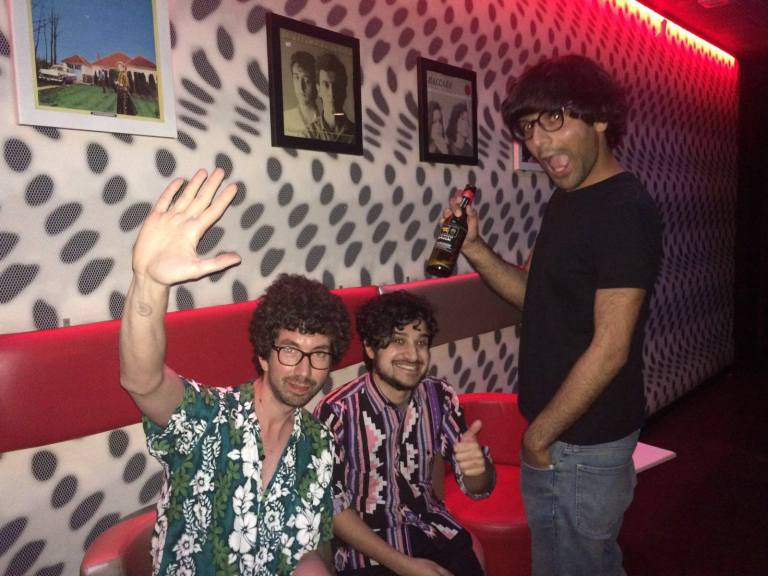 Going away is an emotive-yelp of a song, a blur of jarring angular synths, messy guitar riffing, loose, excitable drums and angsty yelped vocals that are pitched somewhere between Los Campesinos and ¡Forward, Russia! It’s the sound of drunken knee slides at a noughties indie-disco, defiantly screeching your plea, as the current object of your desires waltzes out the exit with someone else. You release your pain in a final defiant attempt at looking like you’re having a really good time, even as you’re quietly dying inside. Singer Darren Loucaides, pleads, “don’t go with him, stay here, it’ll be better maybe? Maybe not?” With the conviction of a man who already knows it’s probably too late.

The accompanying video started off life as something of a tour diary, Darren stitching together clips of their various travels as something of a going away present for bassist Mansoor, who is heading off to South America for a couple of months. On reviewing the footage Darren found a hidden narrative, a sordid love triangle between himself, Mansoor and Andrea, who provides the songs backing vocals. Hidden in these seemingly random events, taking in locations as far and wide as Vietnam, Ireland and Valencia, was a summary of the betrayals, passion and sex appeal that flood the song with such steamy intensity.

GOLDBLOOMS have recently put both of their first two EP’s up on their Bandcamp for free download, and you can also pick up some rather fetching gold cassettes and handmade T-Shirts while you’re at it. Whilst details of upcoming shows currently remain a little thin on the ground, click HERE to keep up to date will all the bands activities.