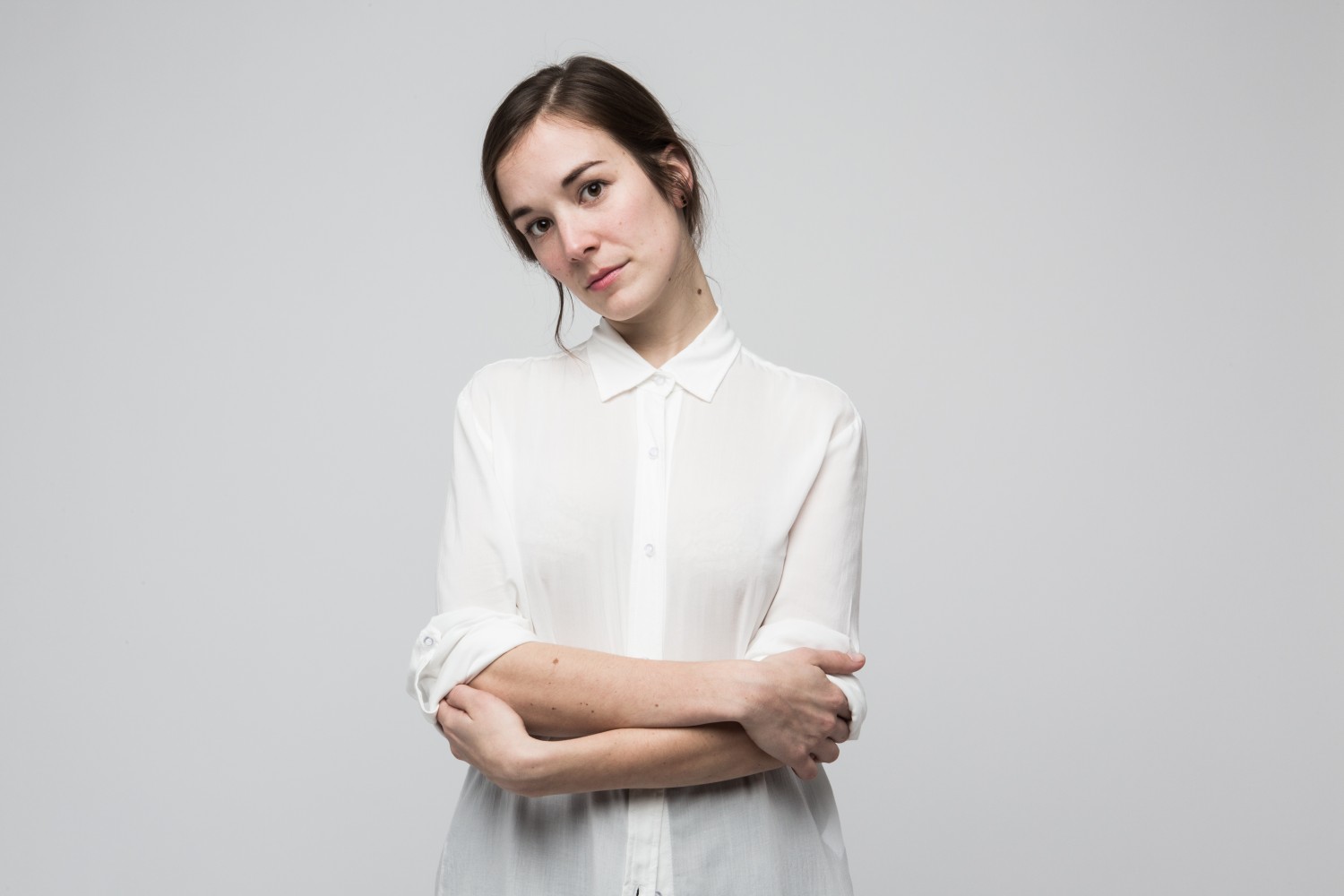 Who?
Margaret Glaspy is a solo artist in the truest form, not only playing but producing her debut album, Emotions and Math. Margaret recorded the album on numerous occasions in her bedroom before finally making her way to New York’s Sear Sound Studio where the final draft of the album was laid to tape.

What?
For the most part these are quite minimal compositions, largely revolving around excellent guitar playing and versatile vocal stylings. Margaret drifts through various genres, taking in mainstream alternative-rock, lightly jazzy numbers and some more gentle folk influenced tracks.

Where?
Although now based out of New York, Margaret is originally from the city of Red Bluff in California. Located on the Northern edge of the Sacramento Valley, Red Bluff is the third largest city in the Shasta Cascade region, with a population of just over 14,000. Red Bluff was originally inhabited by the Nomlaki and Southern Yana people, although it is believed they were wiped out by either malaria or small pox which was brought to the area by trappers sent ahead of the settlers. It grew rapidly in the 1850’s due to the area’s proximity to bountiful mining areas. Arguably the cities greatest claim to fame is its hosting of the Red Bluff Round Up, one of the West’s largest Rodeos, which first took place in the city in 1921. Margaret could quite possibly already be the city’s most famous musical resident, although other famous resident include Tom Hanks’ brother Jim, who has been both a body and voice double for his brother, celebrity chef Michael Chiarello and music video director Shane Drake, who has produced videos for the likes of Fall Out Boy, Kelly Clarkson and Flo Ride.

When?
In her own words Margaret, “cut her teeth”, in New York and Boston as a touring musician as well as playing in other people’s bands. Margaret released a 7″ single, featuring You And I and Somebody to Anybody at the start of this year, and this week will release her debut album, Emotions and Math coming out via ATO Records.

Why?
For starters there are those golden vocal chords, some people have beautiful tone, others great flexibility, others have huge ranges; it is voices like Margaret Glaspy’s that combine all three that are truly remarkable. Throughout this record Margaret manages at various times to recall Joni Mitchell, Elliot Smith, Beth Gibbons, Norah Jones and Kristine Leschper. The sheer flexibility of the vocal is astonishing; it flitters from a light jazzy coo, to a rasping menacing howl; sometimes within the confines of a single word.

The vocal dexterity is probably only matched by the quality of the guitar playing. Margaret is a remarkably fluid player, the sort of guitarist where you occasionally wonder if she’s paying attention or her fingers are just absent mindedly playing one of the most impressive riffs you’ve ever heard. The break-down in the middle of You and I, is absolutely phenomenal, whilst the excellent Memory Street showcases the sheer range of her playing, fluctuating from the gentle meandering intro, through the pulsing builds and fades in the middle section, and the blistering 1970’s rock finale, a lesser musician would have made three songs out of it.

Whilst her natural gift with a guitar and a voice, are mighty impressive, they’d count for little without the songs to back them up; for the most part they’re all in place too. Parental Guidance, pairs a soft Beth Gibbons-like rasp with a meandering Neil Young-like guitar line, whilst lyrically it touches on the pain of growing up, and pressures to conform with your peers, seemingly taking a swipe at her parents insistence she just keep her head down and keep out of the way, “make friends with kiddies you can’t relate to, play it cool in the school yard so nobody hates you, it’s for your own good, what have you misunderstood.” It’s quietly harrowing, an ode to a youth wasted worrying about what the world thinks of us, and noting how that can affect the people we become later in life.

Probably the most musically interesting moment here is Love Like This, it’s a genuine aside from the rest of Emotions and Math, there’s a hint of a Balkan-march as the song builds on pulsing double-bass, and rolling tympani like drums, it bursts to life with a seething scar of electric guitar, that screeches and squalls across the track, cutting the very musical fabric it sits atop. Elsewhere, Pins And Needles challenges a lover who wants you to change yourself to fit into their world, “looks like I near forgot who I was, to be who you want. I’ve been sitting silent because I thought you liked me quiet.” While the title track, Emotions And Math, nods to the emotive minimalism of Elliot Smith, whilst lyrically it explores the dilemma at the heart of the album, as Margaret recently explained, “I’ve always considered myself a free spirit, someone who goes with the flow, but actually I’m not exactly like that. This record really taught me that I’m super analytical and process-driven. I think they really do go together, emotions and math. Nobody is just one thing.”

The best moment here though is recent single You And I. The track which has been receiving regular rotation on 6 Music, is in some ways a straight to the point rocky number, built around a solid drum beat and some fabulously loose guitar playing. Behind the outward bravado though it’s a wonderfully complex beast, lyrically it seems to operate on a number of levels. A passing glance might have you believe you’re in classic heartbreak territory, but it’s anything but, it’s a lyrical dismissing of stereotypes, Margaret reverses traditional roles, and plays the part of the heartless uncommitted free spirit, “oh tonight I’m a little too turned on to talk about us and tomorrow I’ll be too turned off and won’t give a fuck about you and I.” It’s a finger in the eye of the establishment that assumes women are always after marriage and kids, instead she was, “not looking for lengthy or demanding.” Quite rightly, she offers little in the way of regrets or apologies, only the slightest pang of guilt emerges late in proceedings, “I think you might be harbouring a heart ache, I think you might be kind when I’m gone, you and I have been a mistake, I let it linger too long.” It’s fabulously honest, and all the better for it.

Why Not?
Possibly personal preference but there’s a few tracks here; Anthony, No Matter Who, Black is Blue, where the edges are just a little too smoothed out, like Norah Jones it’s hard to criticise the quality of the voice or the playing, they just lack a little grit. We’d love to hear more of the unique, gravelly sound elsewhere, although if this album has taught us anything it’s to never tell Margaret Glaspy what to do; a huge talent, a strong mind with plenty of ideas and quite possibly the most exciting new voice in music.

Emotions and Math is out June 17th via ATO Records. Margaret Glaspy is on tour in the US now, with dates in London and at Greenman Festival in August, click HERE for details.