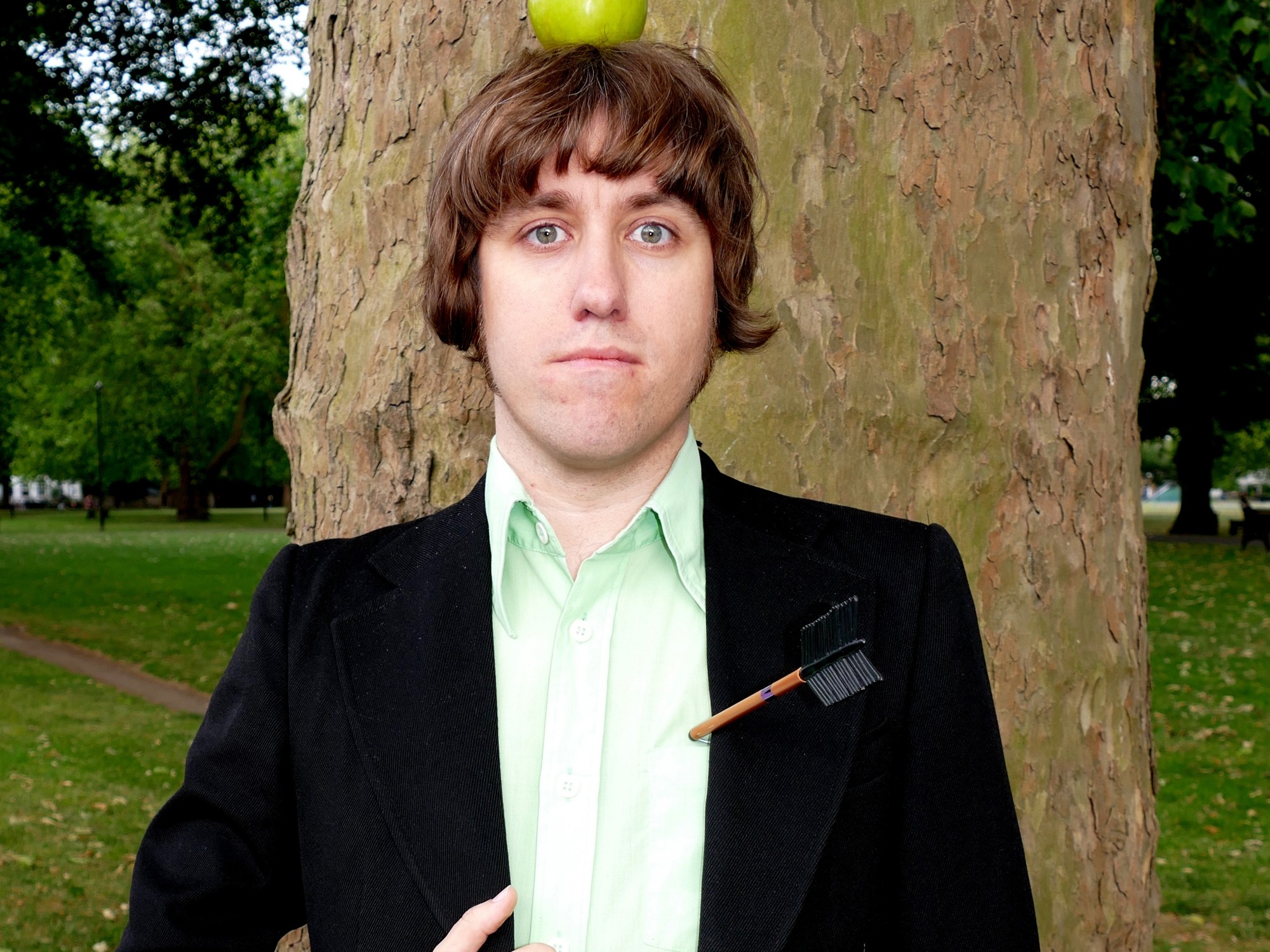 It’s a myth oft-spoken that Paul McCartney never did anything of any worth following the demise of The Beatles. One of the major peddlers of this rumour was the author Philip Norman. A staunch advocate of the talent of John Lennon, in his new biography of Paul McCartney though, Philip has admitted he was wrong, perhaps now then it is time for us all to re-evaluate Paul’s impact, and who better to be our guide, than huge McCartney fan and talented songwriter, Simon Love. 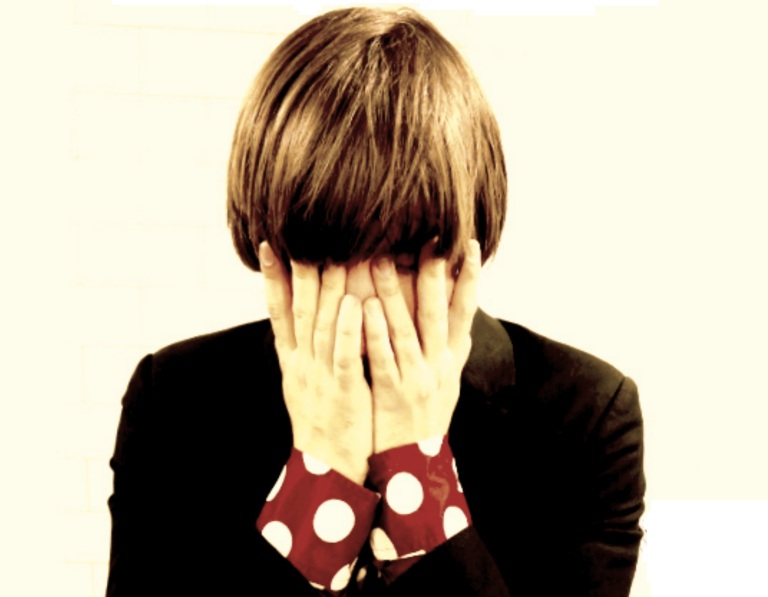 Having last year released his debut solo album, It Seemed Like A Good Idea At The Time, to a modicum of critical acclaim, Simon has recently returned with his first new material since then, in the shape of a new EP, Tennis Fan.

The four tracks that make up the EP are in many ways typical Simon; expansive, dramatic string arrangements, twinkling pianos, and lyrics that mix swooning romance with smutty jokes, including an inevitable, but wonderful, new balls reference. Particularly good is Season Affected Disorder #2, which combines a woozy clarinet with an urgently plucked violin, as Simon delivers a touching tale of a friends depression.

In typically idiosyncratic style, Simon has decided to share with us his tribute to the misunderstood solo genius of Paul McCartney. As Simon puts it, “this list is for those of you who used to be like me. I used to believe everything I read in the many, many Beatles books out there that say Paul didn’t do anything of worth after 1970 apart from “Band On The Run”. Then I heard “Ram” and everything changed. All of these songs aren’t on the recent “Pure McCartney” 4 CD retrospective. I would’ve done this about Ringo but…Brexit.”

The Beatles were just holding Paul McCartney back. A band where two of the four wanted to be “artists” and play tedious rock music about “issues”. Also, those two and Ringo threw their hats in with the swindler Allen Klein causing the rift that ended the group. After this Paul fell into a funk and let his beard grow longer on a farm in Scotland. Eventually, his wife, the la-la-la-la-la-la lovely Linda (McCartney nee Eastman) had enough and said he had to do what he did best and he started recording his first LP as a one-man band. “Maybe I’m Amazed” could’ve been a number one but he didn’t release any singles off it. “Oo You” is a proper white-soul-garage-stomper and a favourite (of mine) when I DJ.

I first heard “Ram” whilst having a lie-down in about 2012. “Too Many People” played after something else I was watching on YouTube (www.youtube.com  there’s all sorts on there. Check it out) and I was transfixed. I’ve amassed about 6 copies of “Ram” now. I could’ve chosen anything to explain why I love it so much, from “Dear Boy” (that I covered for my debut solo LP “It Seemed Like A Good Idea At The Time” available now on Fortuna Pop! records) to the throat-ripping “Monkberry Moon Delight” to the mini-“Abbey Road” “Uncle Albert/Admiral Halsey” to the epic closing “Back Seat Of My Car”. I chose this one about Linda instead though.

Now, I hate reggae as much as the next person, but there’s something about this single that always brings a chuckle to my face. The chunky piano, the delightfully goofy missed intro, lyrics that are a vague sequel to “Ob-La-Di, Ob-La-Da” (and do they reference Paul’s first “pot” revelations? “There are seven levels” – “It will be L7 and I’ll never get to Heaven, if I fill my head with glue”) and the fact that it was a double A side with the similarly druggy “Hi Hi Hi” yet still got in the top five.

4. The Man Who Found God On The Moon – Mike McGear

Whilst waiting for his Apple Records contract to expire after “Band On The Run” came out, Paul wrote and recorded an entire LP with his brother Mike “McGear”, formerly of the Scouse poetry-pop act The Scaffold. He used it to break in the latest version of Wings in readiness for “Venus And Mars” and imminent world domination. The whole album mixes McGear’s poetic lyrics with McCartney’s immediately hummable tunes and ends with this piece of brilliant mystic hoo-hah. One day I’m going to rip off the brief sing-song prayer bit from near the end. You read it here first.

I don’t think that anyone (other than probably Belle And Sebastian) would finish an LP designed to be played in enorm-o-domes all over the world with a song about old people in an old people’s home and then finish that song with the theme from “Crossroads”. It’s just a beautiful thing about growing old with the one you love. Awww. Speaking of Belle And Sebastian, their fans should have a listen to “Magneto And Titanium Man” from this LP too.

You’re Paul McCartney and you and your band are now (finally) radio friendly unit shifters, selling out your three hour long shows everywhere you go (and you go everywhere). The big question is- what do you end these shows with? What’s your encore? “Hey Jude”? No, too soon. “Yesterday”? No, you toss that off in the middle of the set along with a couple of other Beatles tunes. How about an unreleased number with a bassline that’ll be ripped off for “Livin’ On A Prayer” by Bon Jovi a few years later? Yes. Do that one. “Wings Over America” is the rarest of things, a triple-live album that doesn’t drag like a one-legged…don’t mention one-legged things around Paul.

A song whose lyrics are taken from the write-ups of various adult art films Paul “found” in a magazine.  Another “rocker” (as people of his generation call them) featuring a stinging slide guitar bit from the soon-to-be-dead-from-drink-n-drugs Jimmy McCulloch. Weirdly, this was the more popular song from the single in America. It seems they didn’t care for Paul’s A-side paean to the place he lived in Scotland that had bagpipes all over it. The song, not the place.

Paul McCartney invents Vampire Weekend! “London Town” was recorded on a yacht in the Virgin Islands. This is how records got made in the 1970s. During the sessions, drummer Joe English and guitarist Jimmy McCulloch left the band because they were “homesick” and “joining the reformed Small Faces” respectively. This song wasn’t included on the LP but the God awful “Girlfriend” was. It was considered for Paul’s odds and sods compilation that never was- “Cool Cuts” though.

9. Check My Machine by Paul McCartney

Paul McCartney invents Gorillaz! In 1979, Paul started recording an LP without Wings on his farm in Scotland. The first song he attempted was this as he was literally checking the machine. It’s a bit “QI” theme tune but I bluddy love it. “McCartney II” also contains “Temporary Secretary” where Paul re-writes “Paperback Writer” for synthesizers. After he’d finished the LP, he and Wings flew to Japan where they were due to play several sold out shows in support of 1979’s “Back To The Egg”. When his luggage was revealed to contain marijuana as well as pants and socks, he was imprisoned for 9 days, the tour was cancelled and Wings were over.

This was the second single I ever bought with my own money (the first was “Ghostbusters” by Ray Parker Jr- I obviously had a big film theme tune thing happening then) and I still love it, although it’s never been included on any McCartney compilation. John Landis, the director of the titular film, has said that he didn’t like the song but he probably knows as much about music as he does helicopter safety.

In 1980, when the “Jerk of all jerks” put an end to the prospect of any new Lennon/McCartney songs, Paul began searching for other writing partners. In 1987 he glommed onto New Wave Glasses Wearer Of The Year 1977-1984: Elvis Costello. Together they wrote and demoed a whole slew of amazing songs. I don’t know if they were planning an LP together but in the end they divided them up between each other. Elvis got “Veronica”, “So Like Candy” and “Playboy To A Man” and Paul got “You Want Her Too” (where Elv calls Macca “stupid”) and “My Brave Face”. The released version on “Flowers In The Dirt” is an over-produced mess, but this is a tantalising glimpse of what could’ve been.

12. Ever Present Past by Paul McCartney

I don’t understand how this isn’t on “Pure McCartney”. A proper hook-filled pop song with Paul playing everything just like in the olden tymes. It’s similar to “Lonely Old People” in that it’s about getting older and time seemingly speeding up, but this time from someone who’s already there. And as weird as it is to hear a sexagenarian sing that he “don’t have no time to be a decent lover”, the video, where he dances with roomfuls of models is weirder.
An honourable mention goes to Paul’s 2001 cover of Ian Dury’s “Partial To Your Abracadabra” but I couldn’t think of anything to say about it other than…it’s great.

The Tennis Fan EP is out now – visit Simon’s website for more information and all upcoming tour dates.