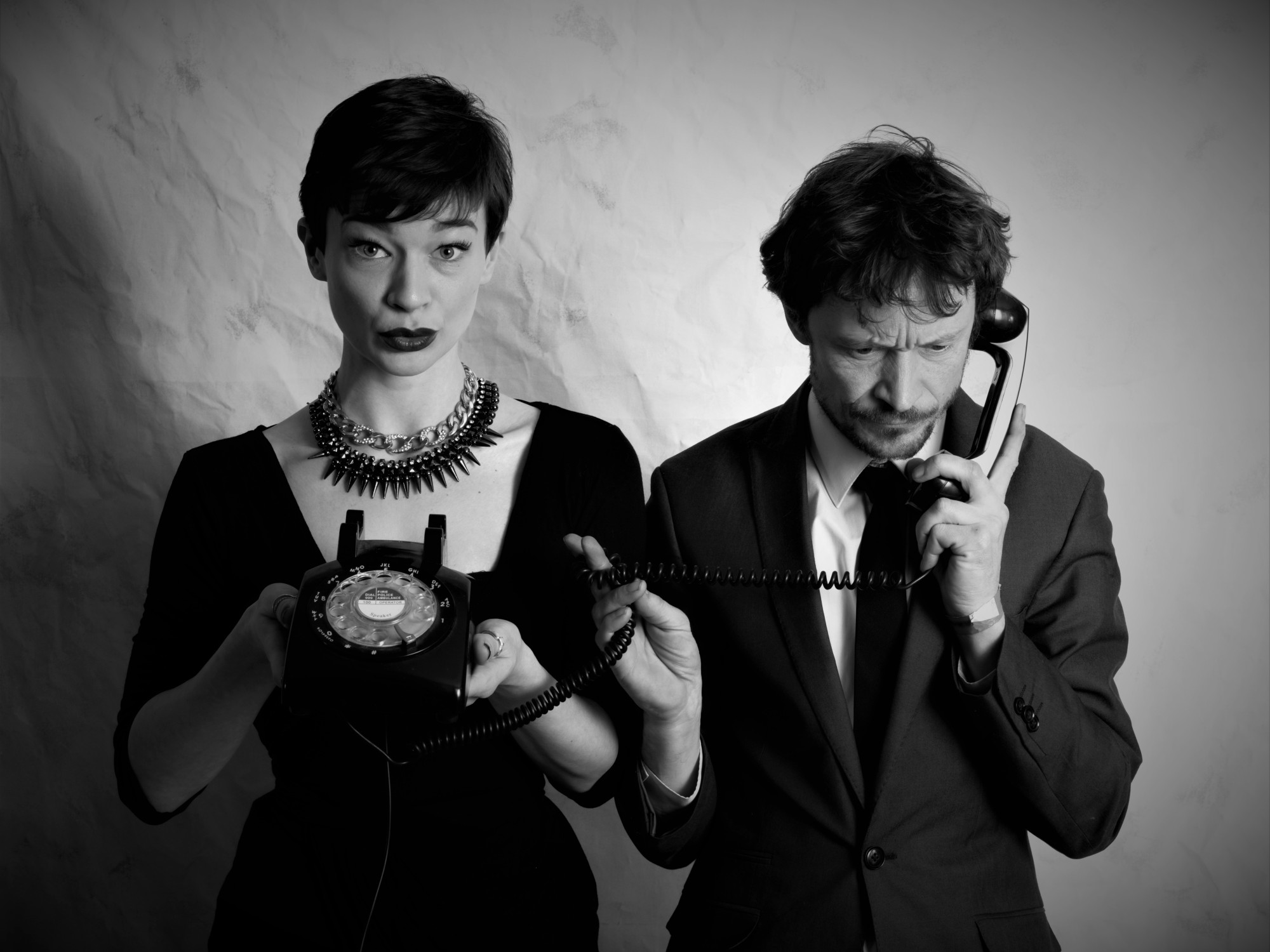 It’s perhaps no surprise that the history of the murder ballad can be traced back almost as long as music itself. Springing out of the good Ol’Christian world of retribution and getting your dues, the earliest recorded murder ballads can be traced back to European folk-songs of the mid 17th-century. These ballads, particularly common in Britain and Scandinavia, generally saw the murderous tyrants suffer retributions of the hands of the victim’s family – women generally burnt and men hanged, as was the style of the times.

The shift towards the more morally ambiguous murder ballads, seems to be linked to their popularity amongst Western Settlers in America. These early American ballads were a darker take on their god fearing European forebears, and often tried to paint the murderer in a more sympathetic light, perhaps in their own way asking the listener not to judge these killers not for their crimes, but for the circumstances that led them there in the first place. As with any art form that exists in the darker corners of life (and death), Murder Ballads continue to intrigue listeners, and in more recent times the likes of The Decemberists, Nick Cave and even Sunn O))) have ensured the tradition continues well into the 21st century. 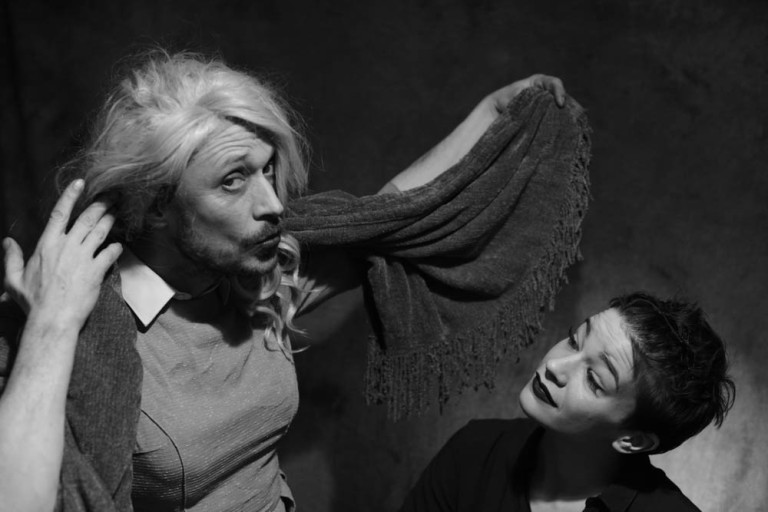 Vienna Ditto are the Oxford based duo of Hatty Taylor and Nigel Firth. The pair met back in 2000, when Nigel taught, a then eleven year old Hatty to play guitar; ten years later they formed a band and have gone on to release a number of records, taking in influences from electronica through to the jukebox cabaret sounds of the Moulin Rouge. The pair are set to release their new EP, Busted Flush, this week. As genre smashing and ambitious as ever, Busted Flush see’s the pleasantly dysfunctional duo move their music into exciting new territories, and they’ve arguably never sounded better.

Theatrical, cinematic and influenced by Phil Spector, Vienna Ditto seemed liked the perfect pair to take us on a trip through some of their favourite murderous songs, from Leadbelly to Nick Cave, and Pentangle to Johnny Cash – you can check out the table below.

This is amazing for quite a few reasons. Victoria Spivey goes to places other blues singers didn’t dare in this appeal to a judge over her killing of an unfaithful partner. I doubt she would have helped her case, however, with some delightfully blunt Spiveyisms “Judge I ain’t done nothing but killed a man what belonged to me”; “Lord I got my gun and the World’s rid of one triflin’ man” etc. as well as making a sly reference to racial inequality. She also pronounces ‘Murder’ in the correct Manner (“Moidah”). No wonder Bob Dylan briefly quit singing to be her piano player.

This is horrible. One of the most genuinely disturbing narratives I’ve heard in a song, rendered utterly chilling by the fact it’s delivered in the form of a jaunty, major-key country waltz. The brothers sing in their syrupy close-harmony white -trash-gospel croon of a gentleman taking an evening stroll with his Knoxville belle, bludgeoning her with a stick and throwing her into the Knoxville river; before going home and telling his Mum he just had a nose bleed.

This tale of class and death on the A359 between Frome and Yeovil was probably made most famous by Pentangle in the sixties, but the story seems to originate from The Decameron by 14th Century Italian author Giovanni Boccaccio, a book old enough to have been a major influence on Chaucer’s Canterbury Tales. Two brothers find their sister froopsing a servant and do him in on the next hunting trip, throwing his body into the bramble briars. All pretty standard, really, but when she finds his body she stays with it for three days, covering it with leaves to protect it from the sun, which I find unusual and quite affecting.

4. The Night the Lights Went out in Georgia- Vicki Lawrence

Despite it’s early-seventies slick production and the fact it goes into the chorus with the same lame-ass key change as Layla, Bobby Russell fits enough plot twists into three-and-a-half minutes for an entire episode of Columbo. Man walks into bar. Andy tells man he’s been seeing his wife, understandably heads home. Man gets gun from his own home, heads to Andy’s finds a set of footprints too small to be Andy’s, along with Andy’s dead body. In a resoundingly sensible move he then fires his gun in the air to alert the Georgia County Patrol before realising that, along with the recently-shot body, the audible gunshot, the fact that he is holding a weapon and has a motive for killing his former friend, this places him in a compromising position. There’s an ace twist at the end that you’ll just have to listen out for.

We’ve probably all done in a more attractive sibling by throwing them into the North Sea in order to steal their partner, but how many times have wandering minstrels found the body, made it into a harp, gone to the murdered person’s house to sing at a banquet and had the harp relate the whole grisly story to their parents? Awkward…

Another crime of passion, this time described with breathtaking eloquence and ferocity. Often the women get a bad rap in these Elizabethan murder ballads but, after seducing the commoner on Christmas day and persuading him that the hunting horn blown by her new husband’s vengeful posse is merely calling the sheep to fold, Lady Arling does redeem herself by telling hubby that she prefers Mattie- now dead, of course- to him. And gets her head stoven against a wall for her trouble.

Another one about the ‘eternal triangle’ of love- and murder, naturally- this one doesn’t expand on the plot so much- we never really learn why the protagonist decides to shank a lady he met up a mountain. The rest of the song is just a bit of a lament about Tom Dooley’s imminent demise on the Tyburn Tree… My sympathy is somewhat limited in this case but I guess the fella had his reasons.

“Well, you know those fish with the swollen lips

That clean the ocean floor

When I looked at poor O’Malley’s wife

That’s exactly what I saw

I jammed the barrel under her chin

And her face looked raw and vicious

Her head it landed in the sink

With all the dirty dishes”

Johnny would have had Delia for a wife, had he only not shot her- with a submachine gun, no less- this being despite her cold, mean, trifling, devilish nature. The fact that she now haunts him in prison must be a total bummer.

In spite of it being amongst the many tunes ruined by hysterical plagiarists Led Zeppelin, this still packs an emotional punch, as the hanged man (sometimes woman) pleads with their relatives to bribe the executioner to set them free. All of them confess that they haven’t, and have in fact come to watch them hang. In most versions, the protagonist’s true love is the only one to come up with the goods and actually save them at the eleventh hour, which must no doubt lead to some awkward silences around the Christmas Dinner table.

The Busted Flush EP is out November 11th via Ubiquity Project Recordings.