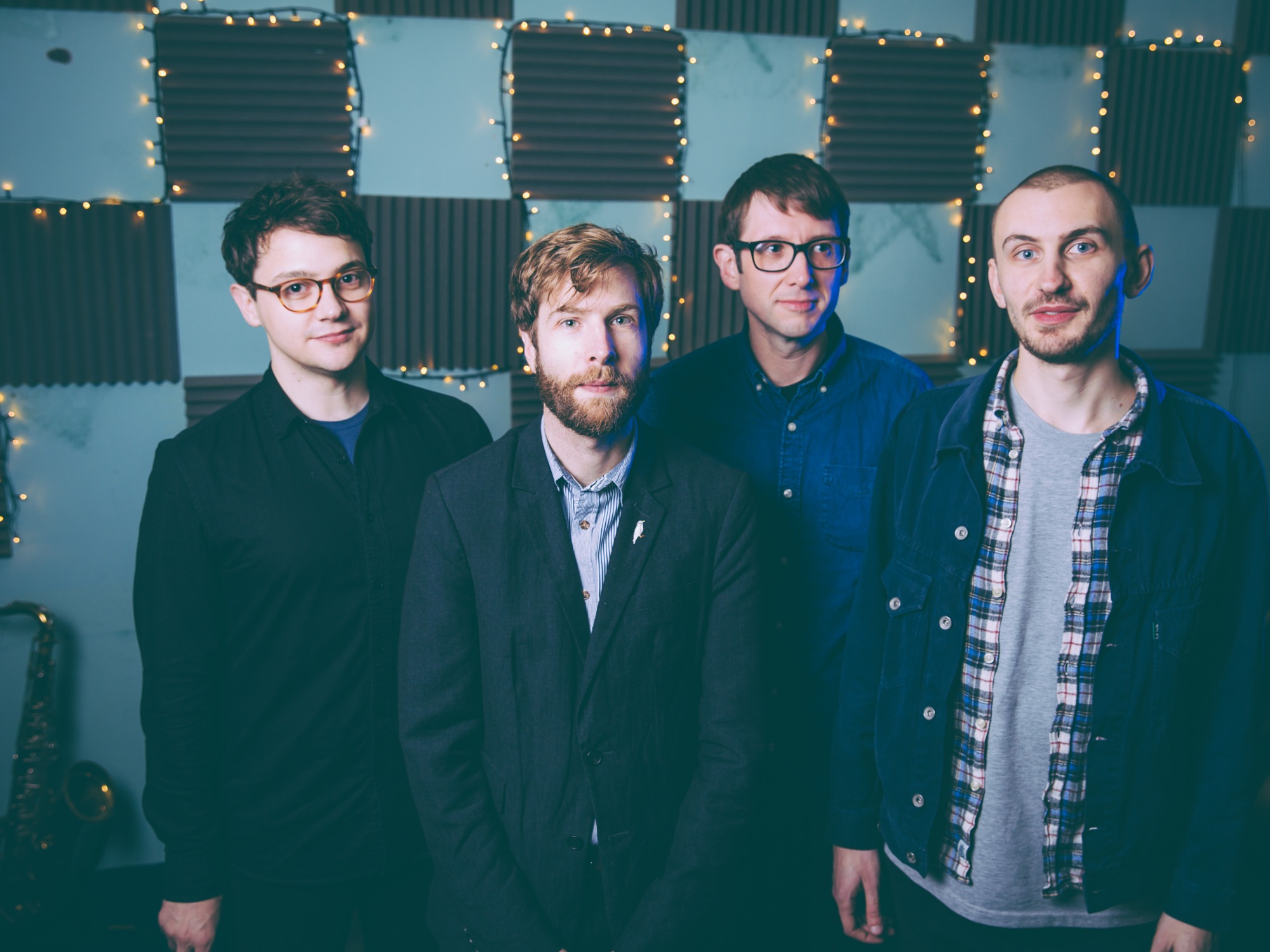 With only a slight amount of bias from having lived there, we’re regularly telling you that Leeds is just about the most important musical city in the United Kingdom right now, and if the evidence keeps adding up, we don’t plan on stopping anytime soon. One of the finest labels operating out of the city currently is the Come Play With Me imprint. The label has a simple aim, to showcase the most exciting bands from the Leeds region, be they new or well established. CPWM have put out records from the likes of Maggie 8, Esper Scout and Cinerama, and later this month will release the fifth installment of their singles club, a split release between Her Name Is Calla and Deadwall. Today we’re delighted to premiere Deadwall’s offering, The Talk.

Deadwall are a tricky band to pin down, their music equal parts shoegaze, alt-pop, college rock and chamber pop. Formed in 2012, the four-piece released their debut album, Bukimi no Tani, back in 2014, and as well as this single, the band are also gearing up for the release of their second album, due early next year.

The Talk is the sort of shimmering kraut-pop British Sea Power would be proud of; searing synth lines and driving steady drum beats underpinning, expansive guitars and singer Tom Gourley’s sweet vocal that brings to mind the likes of Guillemots or Stornoway. Discussing the lyrical influences, Tom has suggested the track is, “roughly inspired by two things; Thomas Hardy’s poem ‘The Walk’, and the Paris Climate accord. Two pretty disparate subjects, but I guess it’s just a lament over something gone.” You can certainly hear the uneasy nostalgia of Hardy’s work, in The Walk, Hardy ruminated how even the times you’ve always spent alone, in his case a hill-top walk, are changed by the loss of a loved one. While Deadwall’s thoughts don’t have the morbid undertone, they suggest a similar narrative thread of imprinting the past into the present, and how a change in one part of our life has a huge affect on all other aspects. A beautiful slice of articulate, intelligent pop music, The Talk marks Deadwall out as the latest great export from the fertile Leeds music factory.

Deadwall’s split 7″ is out November 25th via Come Play With Me. The single launch takes place November 26th at The Brudenell Social Club, Leeds – click HERE for details.

5 thoughts on “[PREMIERE] Deadwall – The Talk”