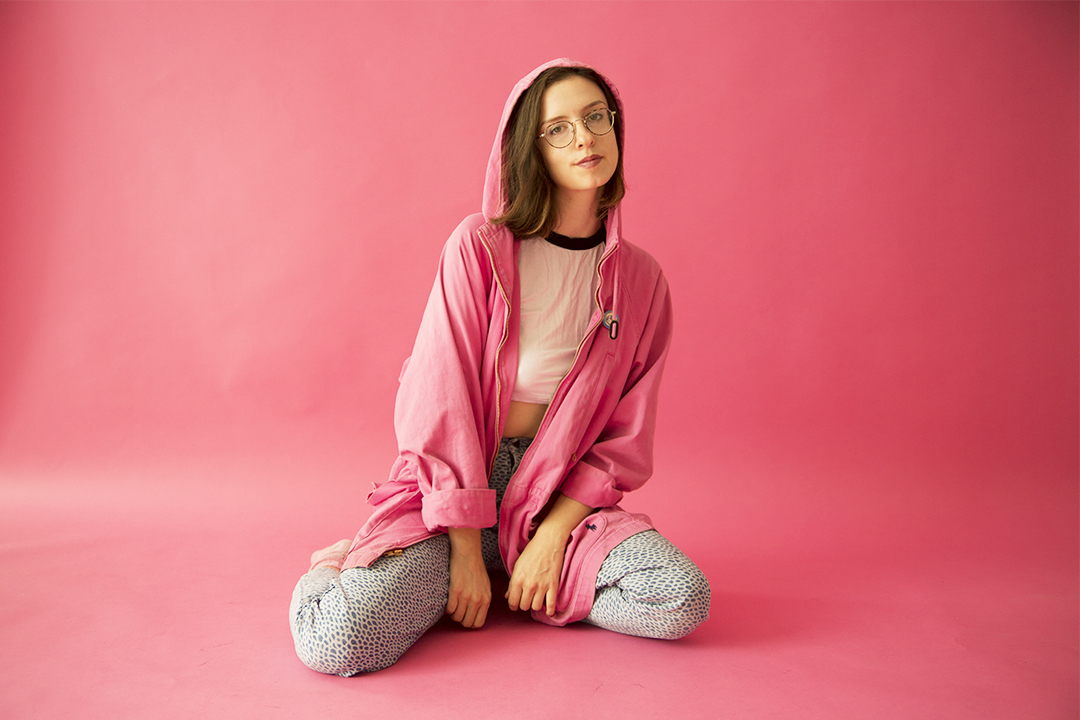 If you missed the first part of our top tips for 2017, you can catch up with the opening nine acts HERE.

Squirrel Flower is the project of Boston-based songwriter, Ella Williams. Working in a similar realm to the likes of Mitski or Sharon Van Etten, Squirrel Flower’s music is emotionally raw, and musically intriguing. Waves of crashing guitar chords and steady pounding drums creating a base on top of which Ella’s stunning vocals can soar and cartwheel; and what a voice it is, rich, raw and dripping with deeply, human emotion .

Whilst it’s already out, Squirrel Flowers’ latest release, Contact Sports, arrived so late in the year it was almost unanimously missed – a tragedy that simply must be put right. Contact Sports was a splendid record, six tracks that effortlessly blended sweet, hushed moments with raw, almost scuzzy guitar thrashing, sparse instrumentation that somehow sounds rich and full, and a central character who seemed hurt, but not broken, as if strengthened by the emotions life has brought out of her. On the stunning closing track Midwestern Clay, Ella sings, “I got no idea what’s keeping me in the air, but nothing’s keeping me on the ground”, if she gets the exposure her music so richly deserves, she looks destined to soar.

Contact Sports is out now via It Takes Time Records.

Trouble in Mind psych-poppers Paperhead are something of a secretive bunch, the Nashville-trio have already released three albums, but their upcoming fourth effort, Chew, looks set to take them to new audiences, even if we’re still not entirely sure whether there’s meant to be a The in front of their name.

Whilst the psych-tag does tend to get bandied around a lot at the moment, Paperhead are probably one of the most accurate re-interpreters, with a sound that’s heavily indebted to the sound of 1960’s British psychedelia, even lifting their name from a line in July’s song My Clown. On their upcoming album Chew though, Paperhead show themselves capable of moving beyond mere copyists; incorporating elements of country rock, jazz-laden saxophones, cinematic horns and prog-laden experimentation, plus there’s a hatful of wonderfully poppy melodies hidden within. Not just their most ambitious record, Chew is also their best, and one that should open a lot of doors, Nashville’s best kept secret is well and truly out.

Chew is out February 17th via Trouble In Mind. 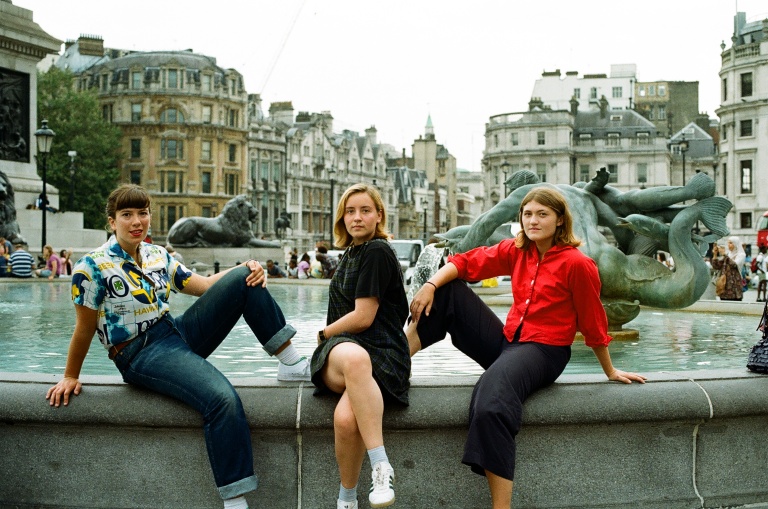 Beloved by Marc Riley and seemingly the entire blogosphere, Girl Ray are a hotly tipped quartet of North London teenagers. They recently released a 6Music playlist single, Trouble, on the superb Moshi Moshi label, and while no album has been announced, we’d be amazed if 2017 isn’t a huge year for Girl Ray.

Led by singer Poppy Hankin, Girl Ray’s sound is a blend of Cate Le Bon’s wonky pop and The Bangles slick harmonies, only filtered through the sort of bedsit melancholy you’d associate with the 1980’s indie-pop heyday. Already seemingly well established despite only releasing a handful of singles, Girl Ray’s momentum seems as unstoppable as it is thoroughly deserved.

Ludicrously young and talented in equal measures, Pip Hall is a sixteen-year-old songwriter from Preston. 2016 saw her release her debut EP, Sisters, and she’s set to return with a second effort, James, due out in March via My Little Empire.

Pip recently shared the first taste of James, with the sublime Devil You Don’t; Pip’s voice reminiscent of Lorde or Jesca Hoop, accompanied by fluttering electronics and pounding drum beat, it was a track that sounded like Fleetwood Mac, only without the multi-million pound budget. Showcasing maturity in both her voice and her songwriting, Pip Hall is a musician with the world at her feet. With plenty of people tipping her for big things, we wouldn’t be at all surprised if 2017 proves to be a break-out year for Pip, who is already to the best of our knowledge our favourite musician from Preston.

James EP is out March 10th via My Little Empire Records. 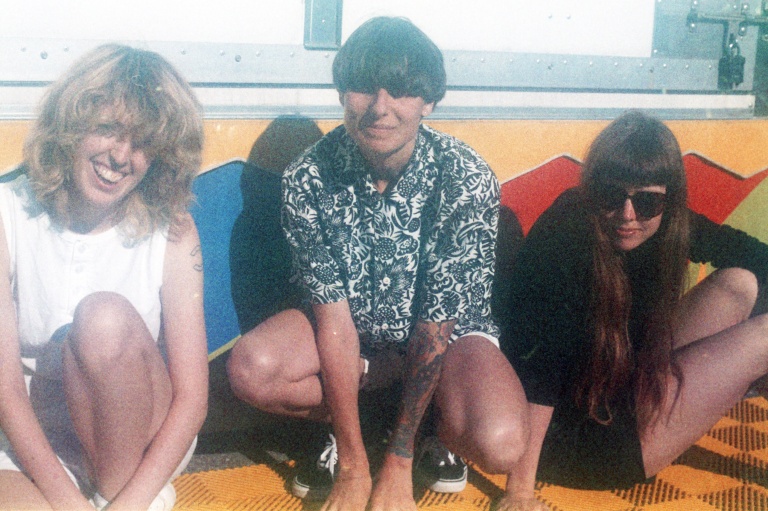 As you could probably guess from the title of their new album, The Courtneys II, Vancouver trio The Courtneys aren’t actually brand-new. The Courtneys II is the follow-up to the band’s eponymous 2013 debut, it’s also their first release for legendary New Zealand label, Flying Nun, and in signing to the label The Courtneys became the first non-New Zealand act to ever release anything on the label.

It’s not hard to see what Flying Nun saw in The Courtneys, as the band and label certainly seem to share a similar palette; these are jangling-pop songs, resplendent with solid, pacy rhythms, sweet, harmonious call and response vocals and gorgeously fuzzy guitar tones. Even the lyrics are oddly bright for pop music; wistful and a touch nostalgic maybe, but The Courtneys II is essentially an album that comes from a content place. The perfect antidote to long wintry nights, The Courtneys have us dreaming of brighter evenings to come, and it’s a harsh critic who wouldn’t  want a bit of their Canadian sunshine in their life.

The Courtneys II is out February 17th via Flying Nun Records.

One for fans of archaic spellings of US states, Alyeska are a Los Angeles-based trio, led by front-woman Alaska Reid. Citing influences as wide-reaching as Nick Drake, Captain Beefheart and Dinosaur Jr., Alyeska’s sound blends twitchy electric guitars with Alaska’s powerhouse vocal chords, they could be just the band for people waiting to hear something new from Forth Wanderers.

Whilst details of their upcoming album are yet to be fleshed out, recent single, Lose My Place, was an exciting taster. The track lyrically dealt with social disconnection and Alasaka’s own struggles to find a place to call home, either in her native Montana or her adopted home of Los Angeles. Musically it is energetic and complex, shifting rapidly from one great melodic idea to another – fuzzy enough for the indie-kids, melodic enough for the pop-kids, Alyeska are on the verge of something wonderful.

Stef Chura has spent a life moving around, but always within the state of Michigan. Having spent a number of years putting on DIY-shows, Stef is now ready to step out on her own with the release of her debut album Messes, which is out this month on Urinal Cake Records.

Stef’s sound is an intriguing one seemingly fusing a number of genres, there’s plenty of grunge, but at times her voice seems to take on an almost country lilt, capable of sweeping emotional minimalism, and roaring energetic anger. Recent single You is a gorgeous slice of angsty college rock, bringing to mind the criminally underrated Jessica Lee Mayfield. Elsewhere on Messes, Thin is a wonderful blur of meandering guitar picking and her distinctive mid-western twang, Spotted Gold is a jangling, bright slice of indie-pop, whilst the closing number, Speeding Ticket, is a moment of beautiful clarity, as Stef sings, “is it time to feel a real thing?”. Stef has said of the album’s title that it represents emotional messes, and having to, “do a lot of things the wrong way in order to figure out how to live my life”, she might have done a lot of things wrong, but her music career seems to be heading in completely the right direction.

Regular readers have probably already heard us rave about London indie-pop supergroup Suggested Friends. With a handful of impressive singles, and unmissable, and very regular, live shows under their belt, they’re already well established figures on the London DIY Scene. With a new single coming about as part of the Odd Box Records 100 Club Series, 2017 might well be the year they step out into the world at large.

Thoroughly ragged and all the more charming for it, Suggested Friends’ recorded output seems to exist in a delightful fog of scuzz, never more evident than on upcoming single Chicken; it sounds a bit like it’s been recorded underwater until it hits the bombastic and brilliant chorus, and suddenly resolves into the most thrilling thing we’ve heard for years. Sure, they might not be the slickest band on this list but they might just be the most exciting

Chicken is out February 24th via Odd Box Records.