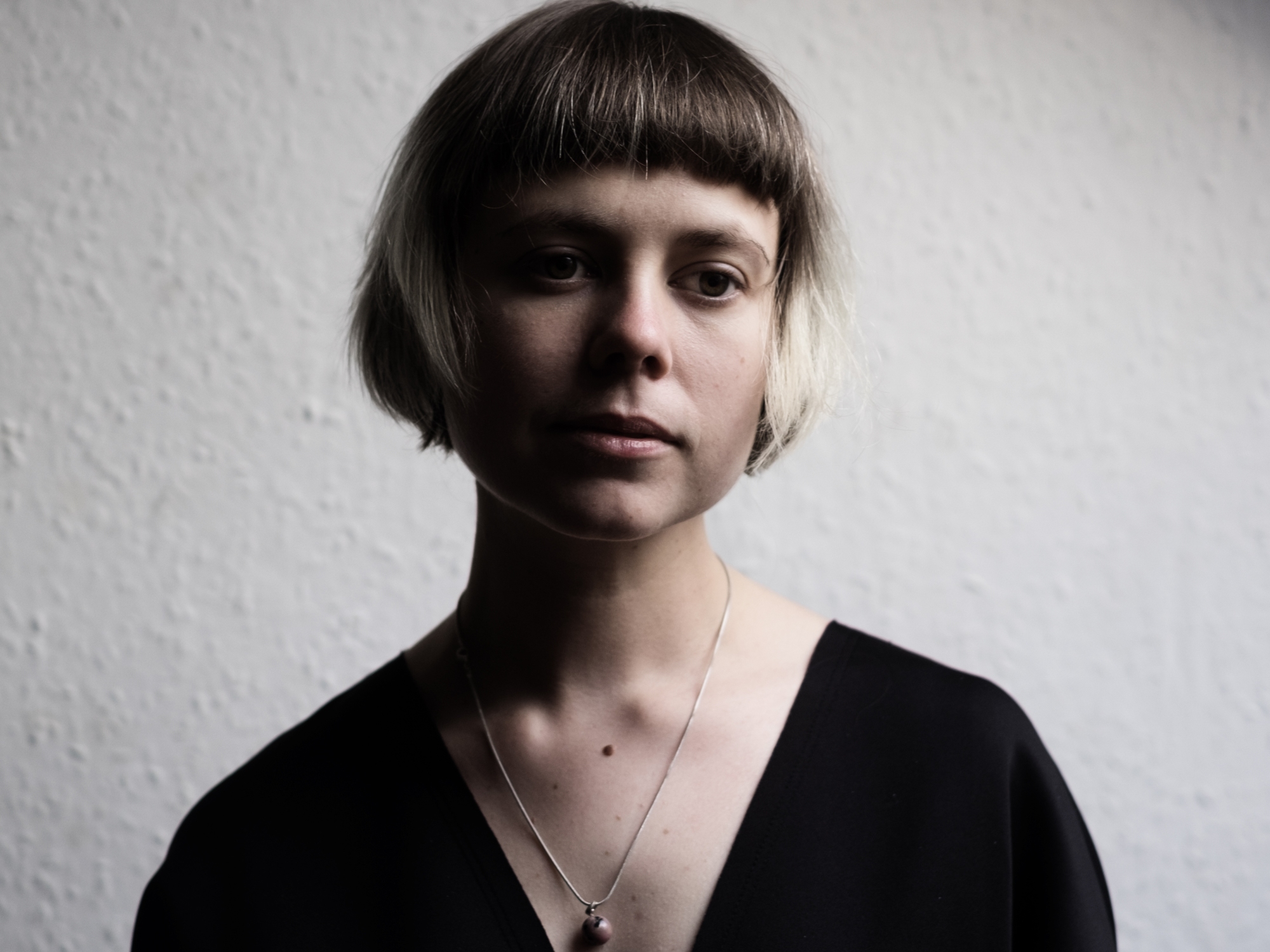 5. Not Often You See Half A Moon

It’s quite rare we share a track that we know absolutely nothing about, but despite the complete lack of details Oftener’s track, Half Moon, deserves a considerably bigger audience. We’ve managed to establish that Oftener is 21, from Minnesota, and Half Moon appears to have been lifted from an EP called Lavender – here ends everything we know about Oftener.

Half Moon though is wonderful; it’s a gentle slice of acoustic experimentation. Layer upon layer of guitars build and entwine, as two wistful voices pluck effortless melodies from the air. There are nods to the likes of The Acorn, or Local Natives at their most stripped back, but ultimately it’s a sound all Oftener’s own, whoever Oftener actually is!

Click HERE for as much information as you’re likely to find about Oftener.

4. Basement Revolver Return For The Next Episode

Cast your mind back the best part of a year and you might remember us mentioning the debut EP by Ontario-based trio Basement Revolver. That break-out EP created a huge amount of buzz about the band, and this week they have shared details of their next move, with an EP, Agatha, coming out in July.

Ahead of that release, Basement Revolver have shared their latest single, Johnny Pt 2; perhaps unsurprisingly it is the follow-up to the band’s previous track, Johnny. Part 2 of the Johnny story is set just after lead-singer Chrisy Hum and the titular Johnny parted ways, in Chrisy’s own words,  “it was the heartbreak caused by an end, the wish that I could have been better, and the desire to continue a friendship… I wanted them to know that heartbreak or not, I would be there if needed”. Musically it’s as bruised and melancholy as you’d imagine, all gloomy downbeat guitar and steady percussive pounding, as Chrisy repeatedly sings, “my door will always be, always be open to you”. Based on this brilliant single, the hype around Basement Revolver is only getting louder: pretty soon it might be impossible to ignore.

Agatha is out July 21st via Yellow K (US) & Fear Of Missing Out (UK). Click HERE for more information on Basement Revolver.

It was less than a month ago that the debut single from Angelo De Augustine has us speculating about his future plans. This week the Asthmatic Kitty signed songwriter, has confirmed details of his upcoming debut album, Swim Inside The Moon, as well as sharing a rather wonderful new single. That single, Crazy, Stoned & Gone, features a video animated by none other than Sufjan Stevens, and it’s also brilliant.

Angelo has suggested his sound was more inspired by his mother than any contemporary artists, as he explains, “because my mom’s career was singing, she would never listen to music when she wasn’t working,” Angelo explains. “I did not grow up hearing albums because she didn’t want to hear anything else that day. The music that I did hear the most were her songs that she wrote at home”. That intriguing introduction to music perhaps explains the idiosyncratic sound of Crazy, Stoned & Gone; Angelo’s voice has something of the soft, melancholy of Elliot Smith or Perfume Genius, while his steady, rhythmic acoustic style nods to early Iron & Wine. Angelo’s debut album will be out in August, and even more exciting than that, Angelo revealed that as per our, “sounds like it was recorded in a tin bath” speculation in our previous review, much of the album actually was recorded in a bathroom. While we’d suggest you reserve most of your praise for Angelo, we do hope you’ll forgive us for smugly strutting about the place with an inflated sense of self worth.

Swim Inside The Moon is out August 18th via Asthmatic Kitty. Click HERE for more information on Angelo De Augustine.

2. Time To Settle For Beta Days

Beta Days is the solo project of Rhode Island based-songwriter Bill Bierce. If Beta Days has a certainly nocturnal flourish, it could well stem from Bill’s late-night writing sessions, starting at 3am most evenings, as it was the only way he could avoid being drowned out by neighbouring bands at his practice space. The debut Beta Days album, S.T.T, is out next month, and this week Bill has shared the latest taste of it, new single, Settled For Gold.

Settled For Gold touches on the difficulty of feeling unsatisfied by a lifestyle many would happily swap with you, as Bill sings, “looking for more, I’d settle for gold”. Musically, Settled For Gold is a classic sun-kissed slice of alt-country; the influence of Jeff Tweedy looms large over Bill’s vocals, while some of the guitar work wouldn’t sound out of place on a Whiskeytown record. Beta Days has suggested S.T.T is a record that comes from a place of personal grief and struggle, but one that touches on larger more universal subjects from idealised youth, to relationships, isolation, and the drudgery of adult life, if it’s half as good as the single, it might well win its fair share of gold.

S.T.T is out June 23rd. Click HERE for more information on Beta Days.

With a backing band called The Bad Men, we half expected the songs of Elle Mary to be some sort of novelty, deep-south country shtick – we’re delighted to discover we were completely wrong. The music of the Manchester-based, Welsh-born songwriter, is an altogether darker, subtler and more intriguing prospect, as showcased on her latest single Pretend.

Pretend is accompanied by that rarity that is an excellent music video, it’s genuinely quite moving as Elle, artily shot in black and white, shaves her hair, shedding her past relationships and strikingly moving on with her life. Musically, Pretend is utterly sublime; there’s little sign of The Bad Men, as a lone electric-guitar plucks a cyclical pattern, and Elle’s sonorous, powerful vocal soars above. There’s a touch of Angel Olsen or Sharon Van Etten about Elle’s delivery, as she sings, “do you want something short-lived? And afterwards we won’t exist, afterwards we can pretend we’re dead”, it’s quietly heartbreaking. Elle has suggested her current persona stemmed from harnessing the pain of a break-up and allowing herself the space to re-invent her sound. Perhaps, contrarily, Pretend is the sound of Elle Mary finding out the person inside and shedding the pretence. Future plans remain unrevealed, but whatever they are, Elle Mary & The Badmen have now marked themselves down as a fascinating and exciting prospect.

Pretend is out now via Sideways Saloon/Kartel Music Group. Click HERE for more information on Elle Mary & The Bad Men.