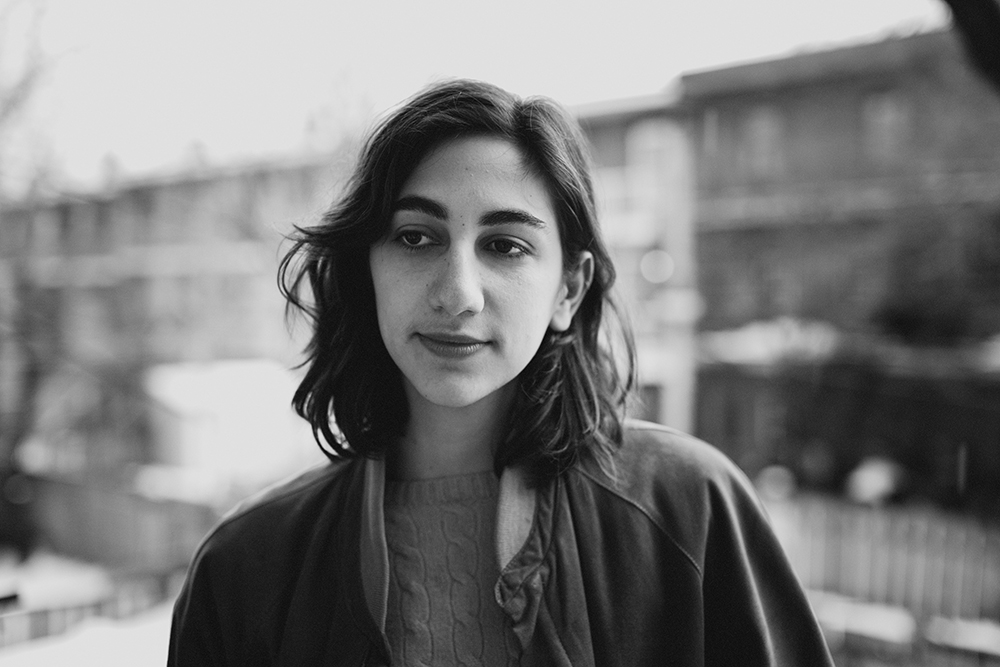 5. Loma Are Running For Home

For fear of repeating ourselves, we don’t tend to mention the same bands all the time, but so good is the new single from Loma that we’ll make an exception. If you checked in three weeks back you’ll already know Loma is the new collaboration between both members of Cross Record and Shearwater vocalist Jonathan Meiburg. You’ll also know they’ve got a new album out on Sub Pop early next year and that the record was produced during the final stages of Emily and Dan from Cross Record’s marriage.

This week the band have shared their latest single, Relay Runner. Described by Jonathan as, “the happiest accident on the record”, the track was produced by accidentally mis-wiring a tremolo pedal, which created a weird stuttering loop, around which the track was built. It’s perhaps this odd rhythm, now removed from the mix, that gives the song an uneasy lilt: a bright recording that is none the less strangely unnerving. Lyrically, the track taps into that uneasy atmosphere, Emily Cross’ light, fluttering vocal detailing a story of, “trying to escape from a sealed room”. Instantly fascinating and unlike anyone else, Loma’s album is surely one of 2018’s most hotly anticipated records.

Loma is out February 16th via Sub Pop. Click HERE for more information on Loma.

4. Long Neck Will Do Nicely

Long Neck has existed since Lily Mastrodimos started recording solo songs back in 2014. Now expanded into a full-fledge, four-piece rock monster, this week the band have announced details of the release of their new album, Will This Do?, out in January on the ever-reliable Tiny Engines imprint.

Ahead of that release, this week Long Neck have shared their sublime new single, Mine/Yours. The track showcases the shift from Lily’s early solo recordings into a fuller, more energetic indie-punk sound; rapid-fire drum beats, clanging electric guitar chords and rapidly picked tremulous lead-lines, accompany Lily’s ever excellent vocal. Lyrically, the track seems to paint the scene of a battle, a war between getting what you want while simultaneously balancing the needs of those around you; all summed up in the chorus’ lyrical flourish, “I want to say this simply, I want to make it pure, I wanna be mine and I wanna be yours”. Long Neck’s album might ask will this do? If it’s all this good then it most definitely will.

Will This Do? is out January 26th via Tiny Engines. Click HERE for more information on Long Neck.

You might well never have heard of Creep Show, but you’ll almost certainly of heard of some of the people involved. A collaboration between John Grant and electronic trio Wrangler, already a super-group of sorts, featuring Cabaret Voltaire member Stephen Mallinder. The band are set to release their debut album Mr.Dynamite on Bella Union next year, describing the record as, “packed with experimental pop and surreal funk”.

Discussing the band, Stephen suggests, “Creep Show is a Hydra. A beast with multiple heads and voices, so no one is quite sure who is saying and doing what. Everything is permitted and everything is possible”. Debut single Pink Squirrel certainly seems to embrace that sense of musical freedom as vocodered vocals are accompanied by squelching electronic pulses and propulsive programmed percussion. An intriguing collaboration taking its first steps, with the release of Mr Dynamite, Creep Show looks set to blow up.

Mr. Dynamite is out March 16th via Bella Union.

2. Lucy Dacus Signs Up For The Night Shift

After releasing her debut album back in 2015, the rise of Virginia’s Lucy Dacus has always seemed unstoppable. That record, No Burden, was a stunning collection of songs, drifting from minimal and heartbreaking to driving and anthemic. It saw Lucy sign to Matador Records, and this week, she has announced that it is on this label that she’s set to release the follow-up, Historian.

Marking the announcement, Lucy has also shared the first single from the record, Night Shift. The six-minute plus track opens with an arresting lyric, “the first time I tasted somebody else’s spit I had a coughing fit, I mistakenly called them by your name, I was let down, it wasn’t the same”. From there the track seems to distill everything that made No Burden such a triumph into a single track; starting life as a gentle and lonely electric guitar, before bursting into fuzzy, Torres-like guitar wailing, as she eschews lyrics for an emotive shriek. Night Shift is an artist at the top of their game, confidence oozing from the brave musical decisions and clear lyrical honesty, 2018 already looks set to be another landmark year for Lucy Dacus.

Historian is out March 2nd via Matador Records. Click HERE for more information on Lucy Dacus.

1. There’s Nothing Common About Holly

It was back in October than Common Holly, Brigitte Naggar to her nearest and dearest, released her debut album Playing House. The record was a study of growing up, artfully describing the difficult process of becoming, and learning to cope as, an adult. It was a superb collection that rightfully got plenty of critical acclaim, this week rounding of an excellent year, Common Holly has shared the video to the record’s stand out moment, Nothing.

Recalling acts like Squirrel Flower and Mitski, Nothing is a fine introduction to the sound of Common Holly. It takes the singer songwriter blue-print and swells it into rich textured production, as fuzzy guitars sit happily beside bright-piano runs and gorgeous layers of sweet, melodic vocals. In further good news, work has already begun on a follow-up record, due in the Autumn and with a slot of SXSW locked in, this feels like the end of the first chapter of a book that promises to just get better.

Playing House is out now via Solitaire Records. Click HERE for more information on Common Holly.