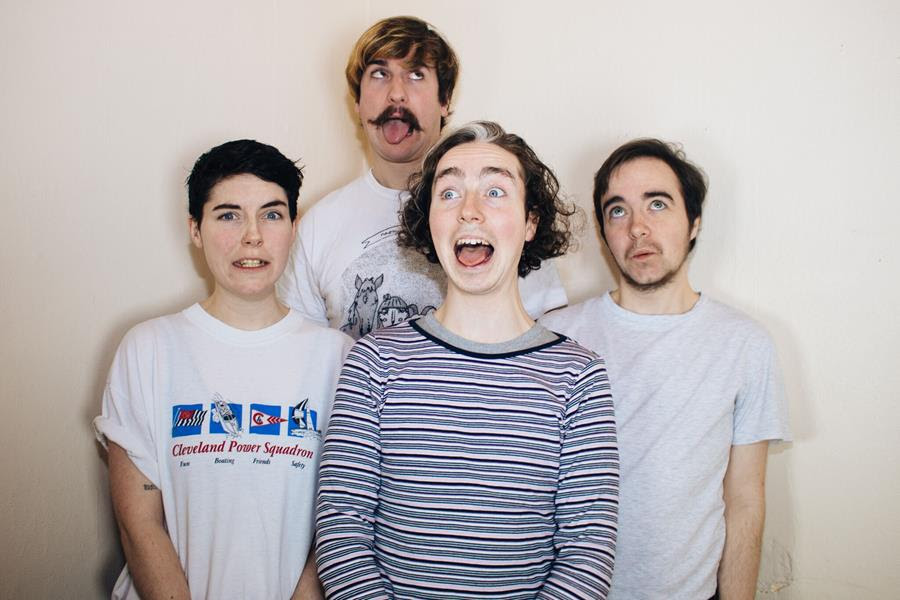 The only way to survive in a world of fast change is to do whatever it is you love doing. Interest will keep you alive when other things won’t

The Age Of Earthquakes, A Guide To The Extreme Present

To start an article about those ultra-peppy indie-pop heroes, The Spook School, with a quote from a book equal parts harrowing and life changing might seem somewhat obtuse. Yet on the band’s third album, Could It Be Different?, the band are in many ways asking the same difficult questions that journalists, authors and almost all of us are asking of the world. In many ways, it marks a huge turning point for the band, their previous album, Try To Be Hopeful, might have been a relatable record, but it was also deeply personal. A record rooted in the individual journey rather than the collective upheaval.

The band’s first album for their new label, Alcopop Records, Could It Be Different, is a record that in some ways comes from a place of personal stability, “you’re comfortable with yourself, as much as you ever can be but you have to live with that person anyway,” guitarist Nye Todd says of the record, “there are more questions than answers. That’s why the title works well—it has that insecurity to it.” With a sense of personal security, the band are more able than ever to glance out at the world, and it isn’t always positive, as Nye’s brother, and fellow guitarist, Adam explains, “it comes from a place of feeling like everything definitely isn’t alright now. Maybe things could change?”

The album’s title, Adam’s question about whether things could change, that is all at the heart of the record. It is an album that doesn’t want to look backwards, and looks into the future, searching for answers, grappling for positivity, asking difficult questions and not being afraid of the difficult answers. Take opening track, and the album’s first single, Still Alive; ostensibly a song about emotionally abusive relationships, yet it is one that celebrates the escape rather than focusing on the torment. It is a song that says we’ve been through the bad times, and we won’t let that happen again, as the chorus memorably states, “fuck you, I’m still alive, and I’m not going anywhere with you”. Throughout Could It Be Different, there’s a conscious effort to hold onto positivity, to keep going, to keep striving for a better world.

As well as lyrically, musically too, Could It Be Different is a big step forward for the band, not least in terms of versatility. The moments where bassist Anna Cory steps up to lead vocal are particularly impressive. Less Than Perfect, an ode to accepting your teenage dreams were never realistic, is perfect indie-pop in the mold of Allo Darlin’ or Veronica Falls, while, Only Dance When I Want To, is a perfect charting of infatuation from early promise, through to angsty frustration and ultimately realising you’re probably better off without them.

Elsewhere, Best Of Intentions is a reminder to remain true to yourself, set to a blur of bombastic guitar riffs and shout-along choruses, Body is classic Spook School, battling for self-confidence and accepting who you are, set to an upbeat pop-shuffle, while I Hope She Loves You plays out like a letter to an ex-lover, full of all the things you wanted to say at the time, yet were never able to articulate. Across the album’s eleven songs, only closing track, High School is a slight misstep, an attempt at a huge emotional send off in the mold of album two’s title track Try To Be Hopeful, it just doesn’t carry the same emotional weight and feels a little overly earnest as a result.

The album’s emotional heart lies not at the end, but right in the middle, the sublime Bad Year. The one moment on the album when the band allows themselves to be overwhelmed by the state of the world they exist within. The track was written in the wake of the Brexit vote, as Nye explains, “there’s this pressure when something bad happens, to immediately be able to cope and know exactly what to do. Sometimes you need to take a moment for understanding before making a contribution.” Lyrically and musically, the track seems to constantly swell, from the crushing initial moments, “it’s been a bad year and I don’t think it’s getting better anytime soon”, through to trying to make things better, “keep makin’ lists of how to help, but not getting nothing done”, before ultimately acceptance, cut through with a steely determination to not give up the fight, as they repeat on mass, “tomorrow, we’ll wake up and keep on going”. The huge final crescendo is a hair-raising moment, a collective rage channeled not into misery, but hope. Could it be different? With The Spook School in the world, you can’t help but feel anything is possible.

Could It Be Different? is out now via Alcopop! Records (UK) + Slumberland Records (US). Click HERE for more information and upcoming tour dates from The Spook School.