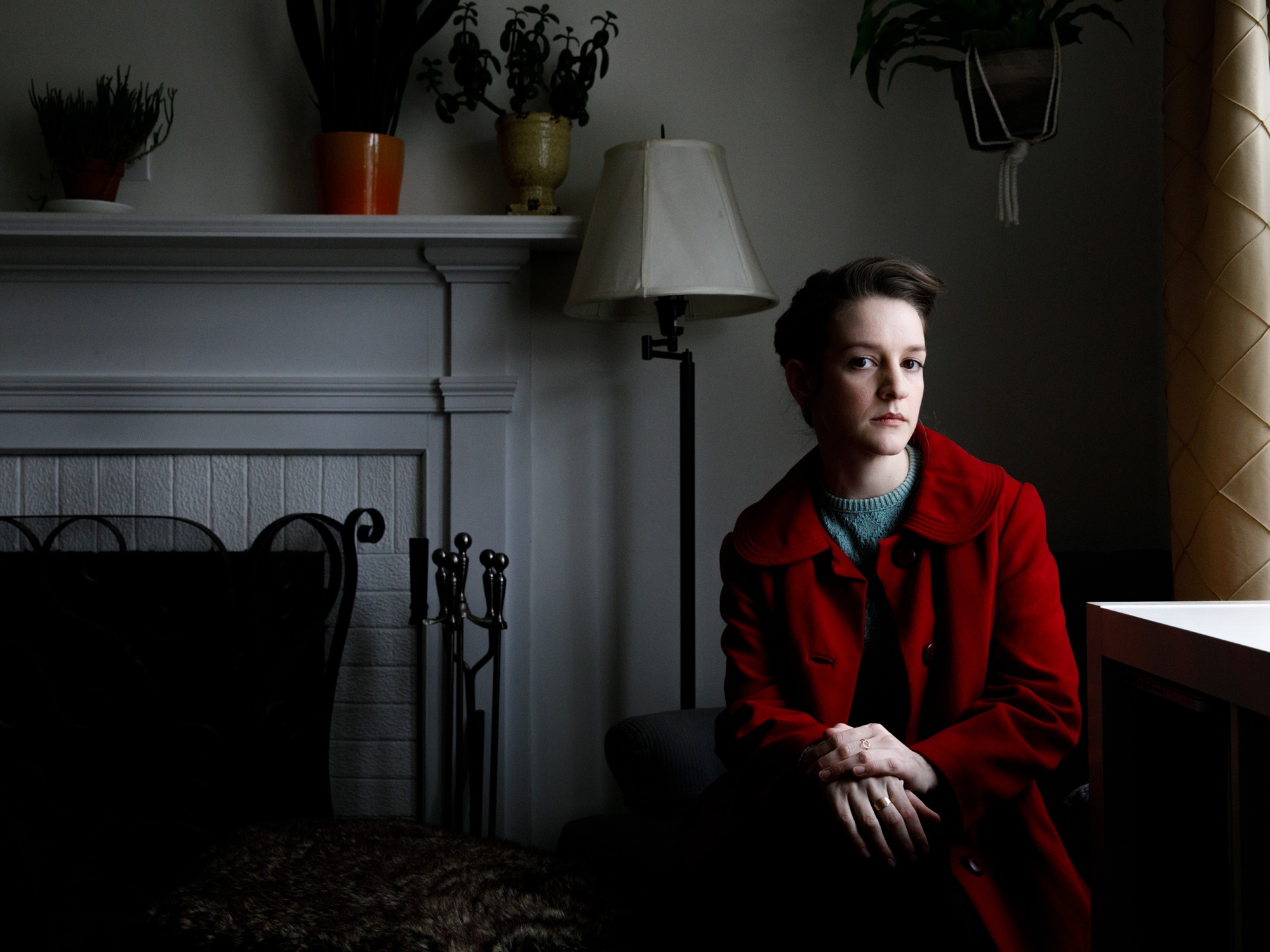 5. Loma Step Into The Darkness

They’re a band we’ve covered a few times now, but Loma, the collaboration between both members of Cross Record and Shearwater’s Jonathan Meiburg, are a band we’re always happy to re-visit. This week on the verge of their first ever live tour, which takes in dates on both sides of the Atlantic, they’ve shared the video to new single, Dark Oscillations.

The video, made by singer Emily Cross, is a study in sleeplessness; Emily sat in bed, shifting anxiously and lit only by the light of the television reflecting in the picture behind her. There’s an unspoken eeriness and intimacy to the video, matched in the song’s uneasy feel. A steady distant drum beat is initially topped with twitching electronics and pulses of disorienting woodwind, before Emily’s almost emotionless vocal enters. She sings throughout of slipping from view, of fading into the “dark oscillations.” A timely reminder of what a challenging, fascinating and beautiful record Loma have made, if the live show is even half as good it’s going to be unmissable.

Loma’s self-titled album is out now via Sub Pop. Click HERE for more information on Loma.

For the best part of twenty years now, Laura Veirs has been writing some of the most intriguing music in the, loosely termed, folk genre. Off the back of her acclaimed collaboration with Neko Case and kd Lang, Laura is set to return next week with her tenth solo album, The Lookout, and has this week shared the video to stand out moment, Lightning Rod.

Although unquestionably a solo album, The Lookout is probably one of Laura’s most collaborative offerings to date, enlisting the likes of Sufjan Stevens, Karl Blau and Jim James among others. On Lightning Rod though, for the most part it’s Laura to the fore; her effortless vocals accompanied by marching drums, languid guitar lines and beautiful flourishes of piano synth. The track, like much of The Lookout, seems to question the fragility of beauty, as she explains it is a record about, “the need to pay attention to the fleeting beauty of life and to not be complacent; it’s about the importance of looking out for each other.” From a chaotic period in, particularly American, politics, Laura has emerged  as a “protector”, an artist worried about the future and determined to continue to find a way through it, for her music and for her children. A timely reminder that beauty is fleeting and fragile, but still very much there if you’re willing to make the most of it, ten albums in and Laura Veirs has never sounded better.

The Lookout is out April 13th via Bella Union. Click HERE for more information on Laura Veirs.

3. Jessica Risker Shines Among The Stars

Chicago’s Jessica Risker has been writing and recording music since her teenage years and on her upcoming album her take of psych-influenced folk has arguably never sounded more focused. This was expressed expertly this week, with the release of the album’s title track, I See You Among The Stars.

Discussing the track, Jessica has suggested it was a track that just “occurred” to her, although as she explains that doesn’t mean it is without any deeper meaning; “I do like to think about what it could mean – seeing someone as they are, without mental noise or judgements, existing in their own perfect place in the universe, and trying to center yourself in that place.” It certainly has a thoughtful, almost ethereal feel to it, as with acts like Meg Baird or Nick Drake, you find your mind wandering among the finger picked guitars and barely there percussive notes. It’s the sort of music where the meaning seems to follow your mood, what on first listen might sound playful and upbeat, can on the next take a sinister turn, like a sea view it goes from beautiful to menacing with the simple passing of time. With the release of her new album next month, Jessica Risker will invite us to explore her world further, and we cannot wait to see where it takes us next.

I See You Among The Stars is out May 4th via Western Vinyl. Click HERE for more information on Jessica Risker.

2. Mourn Make For A Surprising Family

That Barcelona’s MOURN would ever get to make three albums at one point seemed in question. The momentum gained from their 2014 debut was largely put on hold by legal wrangles and red-tape, involving a Spanish record label and their second record, Ha Ha He! Thankfully now resolved, and with a deal with the excellent Captured Tracks imprint, MOURN are free to get back to doing what they do best, making music. This week the band have shared Barcelona City Tour, the first offering from their upcoming album, Sorpresa Familia.

Listening to Barcelona City Tour, it’s clear that some of the anger at their legal battle has seeped into a record the band describe as, “our most animal side, reduced to our
most intense and visceral emotions.” Visceral is exactly the word for this single, as wiry, angular guitar are paired with primal beats, and yelped angsty vocals, it’s three minutes of pure, unadulterated energy. Liberated and free, MOURN are now able to resume a music career, and thankfully they’ve never sounded better.

Sorpresa Familia is out June 15th on Captured Tracks. Click HERE for more information on MOURN.

1. Juliana Daughtery Shines A Light On The Player

Hailing from Charlottesville in Virginia, Juliana Daughterey is an arresting prospect. As soon as we heard her voice crackle into life on Player, the first single from her upcoming debut album released this week, we were drawn in, it is a voice that demands to be listened to. That album, Light, recorded with acclaimed producer Colin Killable, will see the light of day in June, for now there is only Player.

Player is a thematic journey into the darkness, as Juliana explains, she was, “thinking about the experience of watching someone close to you disappear down a rabbit hole-falling deeper and deeper into some state of chaos that’s out of their control and yours.” That feeling of insecurity and instability is reflected in the music, the rapid pulse of muted guitar chords that seem to exist as many times the speed of anything else on the record dominate, as fluttering keyboard and Juliana’s soaring, stunning vocal drift around them. Only one song in, we can’t wait to hear where Light takes Juliana’s music, because on this offering it is a poetic, beautiful and very exciting thing.

Light is out June 1st via Western Vinyl. Click HERE for more information on Juliana Daughtery.