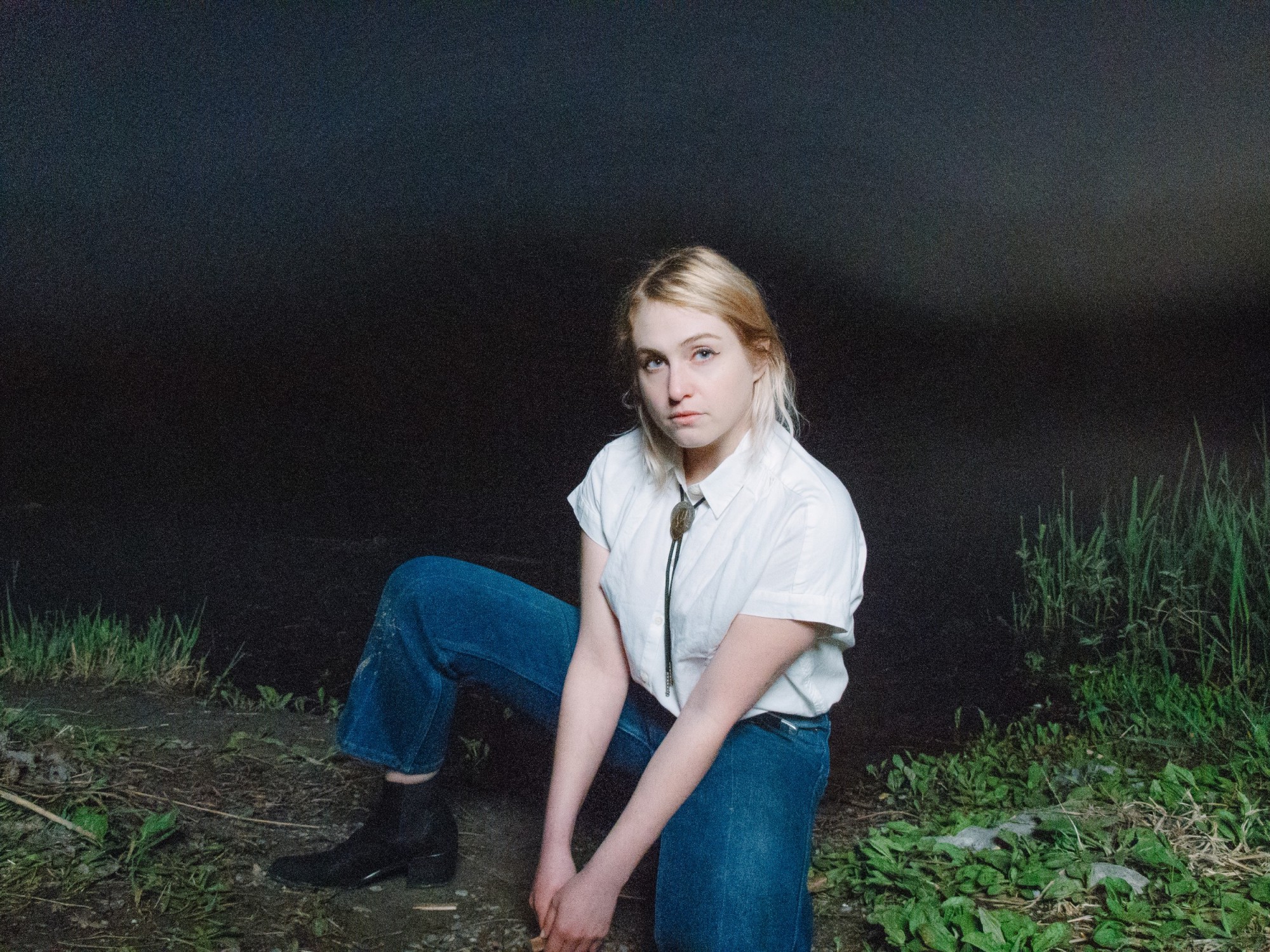 Whitney Ballen hails from Washington in America’s Pacific North-West and in some ways you can’t really imagine her emerging from anywhere else. Her music paints pictures of a place that moves gently, not the dramatic bustle of Brooklyn or London, nor rural nothingness. It’s everyday city living, a romanticised version of the daily grind, music that finds the beauty in the everyday. Following two critically acclaimed EP’s, 2014’s Falls and 2017’s Being Here Is Hard, Whitney is set to release her debut album, You’re A Shooting Star, I’m A Sinking Ship, later this month as a co-release between Father/Daughter and Substitute Scene.

Ahead of that release, Whitney has shared the record’s first single, the beautiful, Go. The track is an invite to a lover to, “go, forget about me, I know it’s easy, go, just pack your bags and leave”. Yet the way her crooning vocal delivers this ultimatum, you feel the sadness of it all: not least the fact Whitney even cares for this ne’er-do-well in the first place, reflected in the lyric, “hiding under shadows of a mountain who’ll never go away, maybe that’s why I stay?” Throughout, Whitney’s vocal delivery is, as always, remarkable; like the middle ground of Caitlin Rose and Bat For Lashes, yet it’s the musical side that seems to have flourished. The beautifully recorded guitar line seems to dance with the vocal, the two playing off one another, like the lyrical lovers, torn between coming together and falling apart, while the drums flicker between driving and distant. A stunning first taste of what might end up as one of the year’s most exciting debuts.

FTR: For those who don’t know who is Whitney Ballen?

Whitney: A short shy blonde girl from the PNW but more specifically, a singer-songwriter from outside of Seattle, Washington.

Whitney: I played my first show at an all-ages music space where some of my favorite performers played their first shows, like Elliott Smith, Modest Mouse and more. The space still exists as an all-ages venue, the Old Fire House (which is quite literally what it is). I was asked to open for a loud punk band and I thought it was the coolest thing ever. I felt like a star (I was 14).

Whitney: I’m not sure why music chose me as a vessel but it did. I also enjoy expressing myself via illustration and painting, too. I always find myself writing down words or quotes that come to me and I end up saving those for songs that find their own melodies when things get quite around me.

FTR: What can people expect from the Whitney Ballen live show?

FTR: What’s next for Whitney Ballen?

Whitney: We’d love to tour our upcoming record. I want to share these songs with as many ears as they’ll reach.