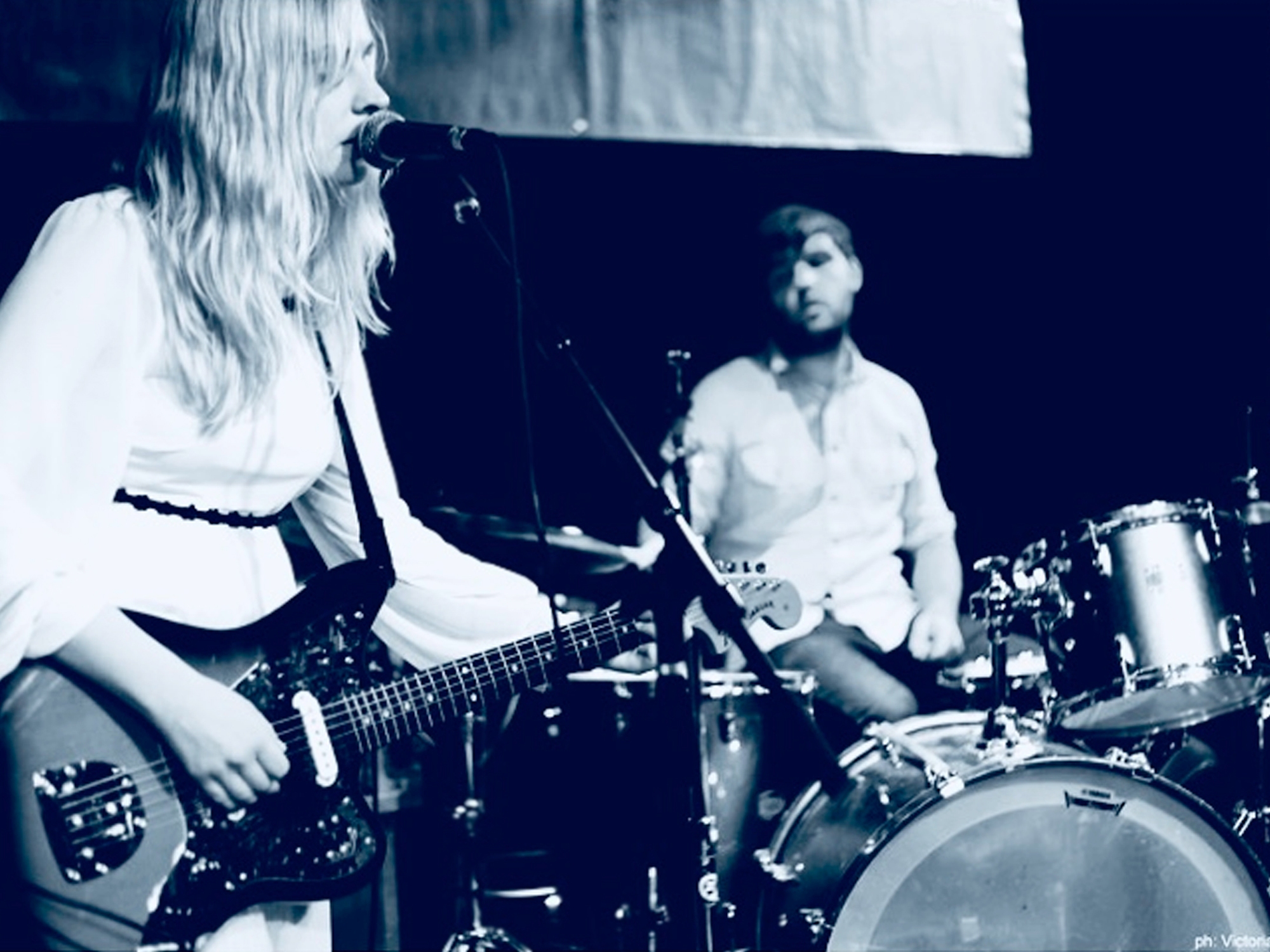 Despite the fact they formed a number of years ago, you may not yet have heard of Lights On Moscow, although you’ve almost certainly heard music by the people behind it. A collaboration between Justin Lockey, guitarist in Editors, Minor Victories and Mastersystem, and Hazel Wilde, vocalist and guitarist in Lanterns On The Lake, Lights On Moscow initially came about when the pair were on a trip to New York. In the following years the project never quite reached fruition, until recently when they were both based in Newcastle and completed the tracks that make their upcoming debut EP, Aorta Songs Part 1.

Aorta Songs Part 1 is set for release later this month on the Physical Education imprint, and ahead of it the band recently shared the first material from it, in the shape of single, Lord Let Me Know, which we recently reviewed. The track is a spectacular piece of production; rich, wall-of-sound drums boom out from the distance, as warped found-sound, and buzzing organs come together to create layer upon layer of beautiful sound to engulf Hazel’s, frankly stunning, vocal performance. There’s a questioning quality to Hazel’s vocal,  a certain insecurity that perfectly matches the songs lyrical content, a plea for a sign from a deity you don’t even necessarily believe in, “If there’s a god in the sky, then help me to learn, oh give me a sign”, Hazel’s vocal seems to be practically begging for anyone, any power to show her a path and pull her our of this all engulfing sound. It serves as a spectacular introduction to their upcoming EP, which we can’t wait to hear.

Ahead of the EP’s release, today Hazel and Justin have been kind enough to answer our questions, discussing why they don’t want to feel like a “proper” band, magic tricks in Newcastle pubs and why this was the right time to share their music with the world.

FTR: For those who don’t know who are Lights On Moscow?

Justin Lockey – who can normally be found playing guitar in Editors, Minor Victories and, Mastersystem

Hazel Wilde – who can normally be found playing guitar, singing and playing a bit of piano in Lanterns On The Lake.

FTR: You’re releasing your debut EP next month, what can you tell us about recording it?

Hazel: It was a fairly DIY set up. We recorded stuff in our houses mainly – emailing things back and forth to each other. I was recording my vocals through my guitar amp onto this digital 8 track I had. We didn’t spend too much time on any of it, it was an exciting time. I guess we were just getting ideas out as you do with demos and those versions ended up capturing something that we didn’t feel we could reproduce so we didn’t bother.

FTR: You’re obviously both very busy with other things, so how did Lights On Moscow come about?

Hazel: Justin got my number through a mutual friend and we arranged to meet up to talk about me helping out on this other project of his called British Expeditionary Force. The idea was that I was going to play guitar and do some backing vocals for them. Anyway, we met and talked about this other project, I was about to leave and he then played me this other stuff he’d been working on – kind of as an afterthought. I really liked it and so he suggested I wrote some vocals to it. That’s how it started. But actually we’d met a couple of years before that. I can’t totally remember the encounter but Justin reckons he met me when I was trying to impress people with a magic trick in this pub in Newcastle. That sounds plausible.

FTR: We understand the EP was written a number of years ago, what made this the right time to put it out?

Hazel: It was becoming a bit of a running joke that we never got round to releasing anything! It was partly a fear thing I suppose, we kept putting it off and saying it wasn’t the right time. I think we didn’t want to let go of this cool thing we had and we didn’t want to spoil it. We’d been making music together for so long and we loved that we were only doing it for ourselves – it was all about the creative side rather than the consumption. Then one day we were like “okay, this is getting really silly now we need to do this now, it feels right”.

FTR: When you’re writing songs, how do you know which of your projects that song is going to be for? Does A Lights On Moscow song have a particular sound?

Justin: I guess after years of just making shit up things just seem to fall into an unspoken category in your head… I know when I’m working on something if it’s right for what me and Hazel do. It’ll just have a certain emotion or ‘way’ about it.

FTR: What were the influences on this project? What were you listening to at the time you made it?

Justin: we’ve been working on it for 10 years so I guess you could say it’s been influenced mainly by how we’ve grown up since first meeting each other! I think from the off we were both in a similar space or overlapping tastes of what we thought was cool! In the beginning it was like a bleak slower down version of Motown, or some really sparse folk…but as we’ve grown our tastes have probably changed along with us… between us we have what we think is something that sounds like me and hazel but I guess it’s just been informed by so much of life that has gone on in the last decade. 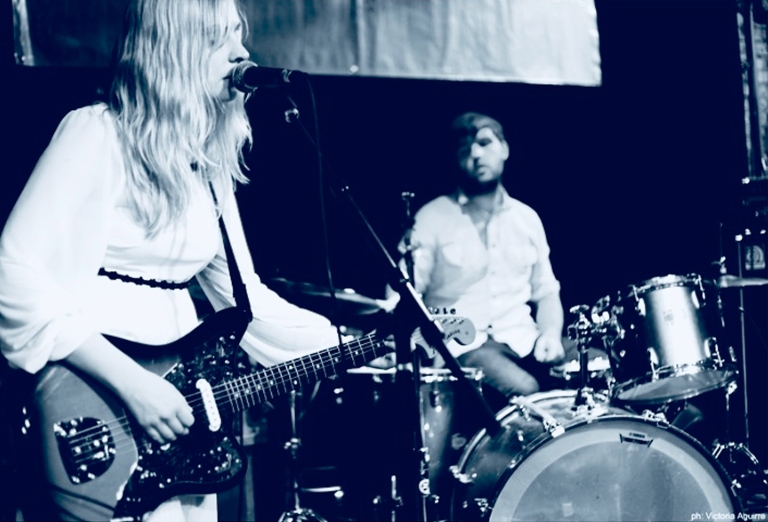 FTR: Much of this record was created in Newcastle, why do you think the city produces so much great music?

Hazel: I think there’s a whole load of economic, cultural and even geographical factors that make Newcastle a rich breeding ground for creativity – probably too much to go into here.

FTR: What are your aspirations for Lights On Moscow? How do they fit into your other musical projects?

Hazel: We’ve never wanted LOM to feel like a “proper” band and we’ve never wanted to do things in a way that we do with our other work. You know, the whole write, release, tour schedule, that’s not what LOM is about – first and foremost we are doing it for the kick we get out of making music together. We’re trying to be careful about keeping that thing that’s special about it for us alive. So we’ll continue to make music in the way we always have and sporadically release stuff – do a select amount of shows too but we’ll be careful to make sure it’s all in keeping with that ethos.

FTR: Justin, you’re obviously a frequent and successful collaborator, what makes for a good collaboration?

Justin: I think collaboration is the only real way to learn… or the only way I can seem to learn anything… I never really took being talked at throughout my education growing up, it seemed like such an unnatural way to gain a skill by having information thrown at you by a bored, underpaid and overworked human being. I’ve always enjoyed trying to put things together, thinking of ways in which people’s disciplines and skills could work alongside something you could put add to or learn from. I guess the older I get the more I see this in more than just one medium, and in a more multi dimensional way… by which I mean, the more you listen and observe and (most importantly) partake – the more shit you learn! I used to think that being focused and locking yourself away was the key, and it is to some people but I think collaboration is the best way for me personally to learn and grow… which might sound all hippy and shit, but I don’t give a fuck am too old to worry about the optics anymore! I just know that if you hang out with people and work alongside people who have something they wanna say or do then at some point you’ll learn somethings.

FTR: What made you want to make music together?

Justin: I think we’re both quite shy / introverted in terms of social life etc and think along pretty similar lines in terms of how we see the world… so having our own ‘club’ as it were to make stuff made total sense when we started out. Making music and putting records together dissolves all of that anxiety about that kind of stuff, and ultimately in a round about way makes you better at dealing with all that other stuff too!

FTR: What’s next for Lights On Moscow?

Hazel: So we’ll put out Aorta Songs part 1 and, as you might have guessed, there’ll be some follow ups to that. We’re also talking of doing some shows, something kind of intimate and different to normal gigs in normal venues. We just want to make sure we pick the right setting and time to do it but I promise we won’t take 10 years to get ‘round to it!

Aorta Songs – Part 1 is out this month via Physical Education Records. Click HERE for more information on Lights On Moscow