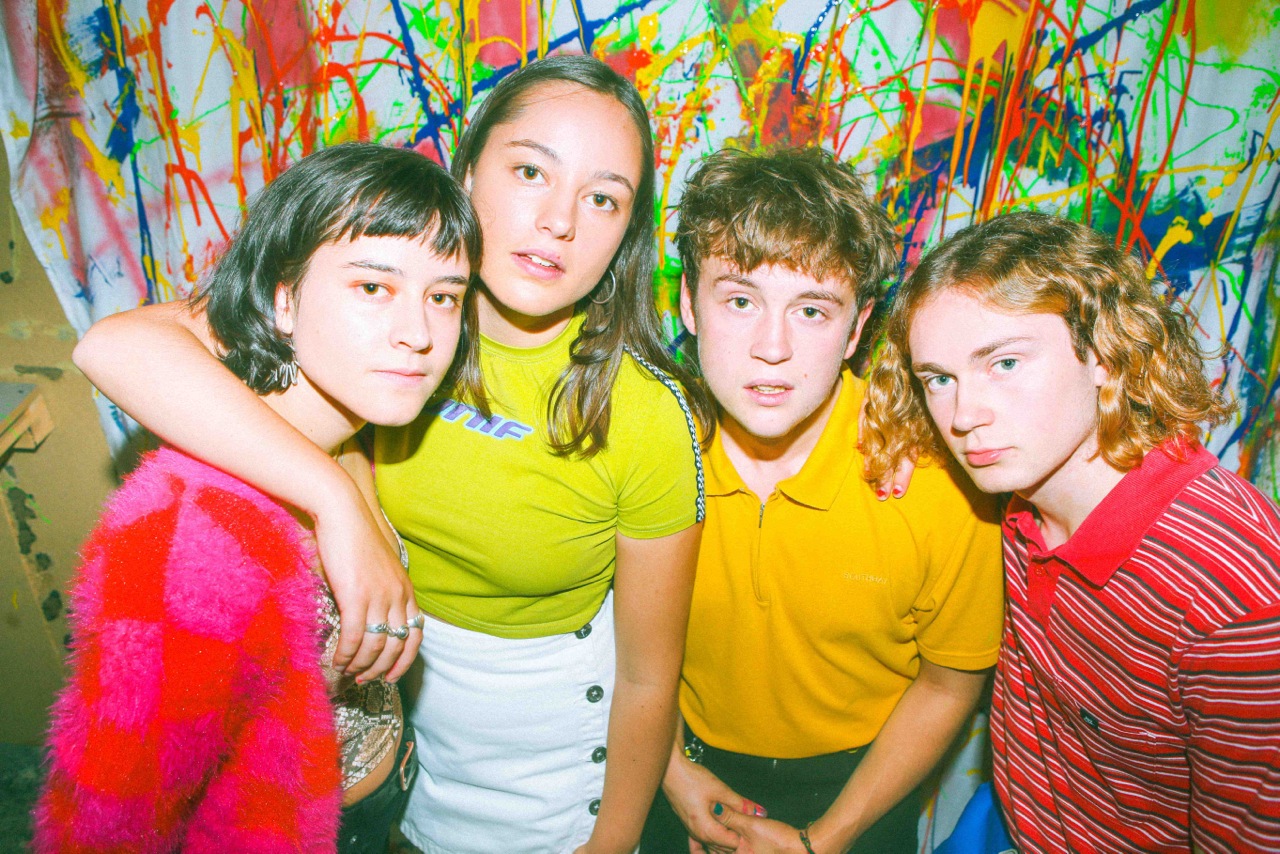 2018 has been a break-out year for Halifax’s finest, The Orielles. The much hyped quartet released their debut album, Silver Dollar Moment, to both massed critical acclaim and a rapidly growing audience. It is a record that seemed to be made up of equal parts alternative angularity and groove-driven bangers. Celebrating their fine year, the band have this week shared new single, Bobbi’s Second World, probably their most obviously danceable track to date.

If musically, it seems to drag the listener on a trans-continental journey back to the 1970’s, lyrically it’s more like Hans Christian Anderson. In the band’s own words, “it centres around the story of a cat named Bobbi who, in order to become a lady, has to experience the extremities of two complex and differing realities- situated in her front and back gardens respectively”. Sadly you’ll be too busy dancing to pay much attention to Bobbi’s story, but if you want to know more about how this cat got its groove, the band have put together a playlist of some of the tracks that inspired it, featuring the likes of A Certain Ratio, The Modern Lovers and Amarie.

We’ve named the playlist ‘The many worlds of Bobbi’ as these are a collection of songs that were on repeat during the writing and recording of Bobbi’s Second World.

We wanna get things started with this tune, the Turkish psych-folk is something we were massively inspired by and have been digging a lot lately. We’ve watched these guys’ KEXP session about a million times and we’ve actually all just bought tickets to see them in Utrecht in the new year, stoked!

This tune follows on nicely from the Altin Gün song and has that similar Turkish vibe to it. The instrumentation in this song is really cool and we’ve been trying to get hold of a Saz for ages.

3. Dee Edwards – Why Can’t There Be Love

Classic 70s soul that has such a good groove to it. We love dancing and so any song that can make us move is a winner!

5. Majik – Back Into Your Heart

Another Northern Soul tune that sounds so ahead of its time! The synths sound so modern as well as the really driving and danceable rhythms. Have a boogie to this one.

We love the instrumentation on this track as it is super stripped back, especially in the breakdown. The style of the drumming is really tight too and something Sidonie definitely took inspiration from.

This song is great, it’s taken a sample from the breakdown of the previous song ‘Oh, Calcutta!’, and completely turned it into a right banger! We love listening to this song when partying cos it slaps hard.

This is one of our favourite ACR tunes, we love the bass riff in this because it’s so damn catchy! Especially in the breakdown, we love a good breakdown.

Hailu Mergia is an Ethiopian musician we all love to chill out to, his sounds are utterly gorgeous, especially the production, we love how rough the 1970s production sounds. It’s so lo-fi but beautiful and funky all at the same time!

Stereolab are up there as one of our favourites. The strings in this track are beautiful, and the song has a really poignant undertone, which never fails to move us. We were lucky enough to meet and play with Laetitia recently and she is such an inspiring and special person, big love!

Silver Dollar Moment is out now via Heavenly Recordings. Click HERE for more information on The Orielles.