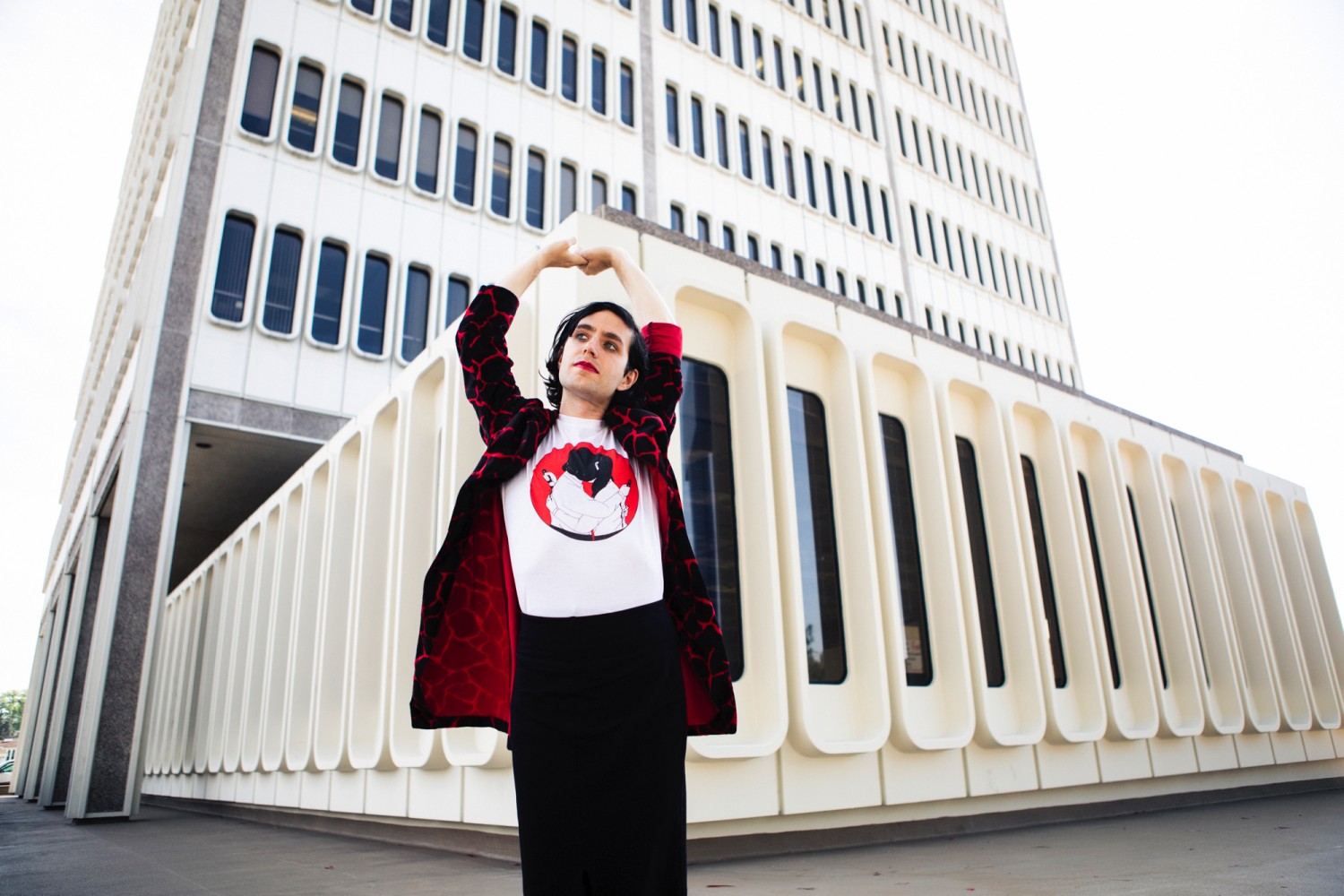 5. The Odds Are You’ll Like The New Gold Baby Track

We tipped Gold Baby to be one of the year’s breakout acts back in January, and have been quietly waiting for them to prove us right ever since. This week the waiting is thankfully over, with the band sharing a brand new single, 500/1, their first material since break-out single, What Party?

Discussing the track, principle songwriter Siân Alex has suggested it’s a conversation with her younger self, a somewhat crushing reflection on a, “doe-eyed version of myself”, as Siân concludes, “all I’ve learned is duller ways to waste my time”. Musically, the track is a subtle build of anger, as it slips from the gentle tones of the intro, into the fuzzier grungier tones of the soaring, roaring chorus. Perhaps ultimately this isn’t so much a song about where Siân thought she’d be, but a reflection of the difficulties of growing up, as she almost begs for this to just be a bad dream, and tries to seek some sort of solace, “say there’s hope for me”. A raw and emotionally honest reflection, 500/1 is everything we hoped it would be and more, an already impressive songwriter taking their music to the next level.

500/1 is out now. Click HERE for more information on Gold Baby.

4. There’s Nothing Sadder Than A Bleak Duck

The fabulously named, Ducks Unlimited, are a Toronto-based quartet, who’ve already shared stages with the likes of The Goon Sax and Weyes Blood. The band are currently gearing up to release their new EP, and have this week shared the first taste of it, new single Get Bleak.

Discussing the track, the band have suggested it’s about the dangers in thinking that the grass is always greener elsewhere, and encouraging people to think before they uproot their lives and plunge into a brand new city. As Tom from the band explains, “it’s hard to move to a new place and you’re still going to be you when you get there with the same issues and hang-ups, plus you’re going to miss the people who care about you and they’re going to miss you.” The message is accompanied by a musical backing of strutting jangle-pop, while harking back to the likes of The Go-Betweens or Field Mice, it’s equally at home with more contemporary peers like Terry or Expert Alterations. Like all the best indie-pop, Ducks Unlimited seem to combine musical joy and lyrical sadness; they might sing of how, “you flew across an ocean to get bleak”, but when there’s music this entirely wonderful, for three minutes it’s pretty hard to see what anyone’s got to be sad about.

Get Bleak is out now. Click HERE for more information on Ducks Unlimited.

Described by the band as, “three big songs about love, death and time”, Gothenburg-quartet, Holy Now, recently released their wonderful new EP, It Will All End In Tears, the follow up to last year’s album, Think I need The Light. The band are shortly set to embark on a UK tour (including playing for us at The Finsbury on July 25th), and to celebrate they’ve shared their video to the excellent title track.

It Will All End In Tears, is arguably Holy Now at their most melancholic and beautiful, as walls of reverberating fuzz and a steady pound of drum beats create a backdrop for the chiming lead guitar and some jaw-dropping multi-part vocal harmonies. Although written in the depth of winter, it’s a track with the nostalgic haze of endless summer nights, the lyrics laced with a knowing melancholy, as if even if there was happiness in the here and now, there’s an inevitability to its gentle passing. We already knew Holy Now were masters of breezy indie-pop; with the revelation they can do widescreen emotional epics as well, there’s even more reasons to think musical acclaim awaits.

Will All End In Tears is out via Lazy Octopus Records. Click HERE for more information on Holy Now.

2. Do Some Dumb Things Today or Tonight

Hailing from Brisbane, Dumb Things emerged at the start of the year with their self-titled debut album, which drew acclaim, and a slew of comparisons to other Australian indie-pop bands. Wasting no time, the band have already got their second album in the bag, due for release on Coolin’ By Sound in October, and have this week shared the first taste of it, Today Tonight.

Dumb Things feel like a deeply Australian proposition, as those easy going acoustic guitars and shuffling drum beats accompany seemingly mundane reflections on everyday living that hide a quiet romanticism within. They may be stuck in the work, TV, sleep, repeat cycle, yet they’re still staring out of the window dreaming of love, lust and adventure, once the good programmes are finished anyway; “if you come home today, if you come home tonight, if you find the time to sit with me and watch channel 9”. Right now you could make a pretty good argument for Queensland being one of the most fertile musical breeding grounds on the planet, and on this evidence, Dumb Things might just be the latest, and brightest, jewel in the Australian music crown.

Time Again is out in October via Coolin’ Sound. Click HERE for more information on Dumb Things.

1. Ezra’s Your Girlfriend For The Evening

After the about turn that was the intimate Shakespearian-melodramas of his 2018 album, Transangelic Exodus, Ezra Furman’s next move always promised to be fascinating one. If that record was a carefully constructed piece, on his upcoming record, Twelve Nudes, Ezra has aimed to go for the complete opposite, “I knew I wanted I make this album quickly and not spend time thinking how to play the songs. Twelve Nudes is a ‘body’ more than a ‘mind’ record – more animal than intellectual”. While we’ll have to wait until the end of August to hear the full beast, this week Ezra has shared two new cuts from it, the, “romantic transgender longing”, of I Wanna Be Your Girlfriend, and the, “rallying cry”, of Evening Prayer.

In album of rambunctious rock’n’roll, I Wanna Be Your Girlfriend is something of a curve ball; a slice of classic 60’s crooner-pop as a waltzing beat and chiming lead-guitar, produce a backing for Ezra’s really rather gorgeous howl. Lyrically, Ezra has suggested this is his attempt to write, “an ‘Earth Angel’ for the queers”, featuring his trademark, “little bit of desperation, religion and body-talk”, as he combines a lusty desire to be someone’s lover, with a simultaneous desire to find a place for Ezra both in their body and the wider world. Contrastingly to that deeply personal music, Evening Prayer is a distorted-punk call to arms sounding like The Stooges covering Billy Bragg, as Ezra Furman pleads with the kids to make a stand; “if you’ve got the taste for transcendence then translate your love into action, and participate in the fight for a creed you can truly believe”. It’s a goosebump inducing moment in an album full of rage and protest; a figurehead for the outsiders, Ezra Furman might just be the hero the world needs, whether it’s ready or not.