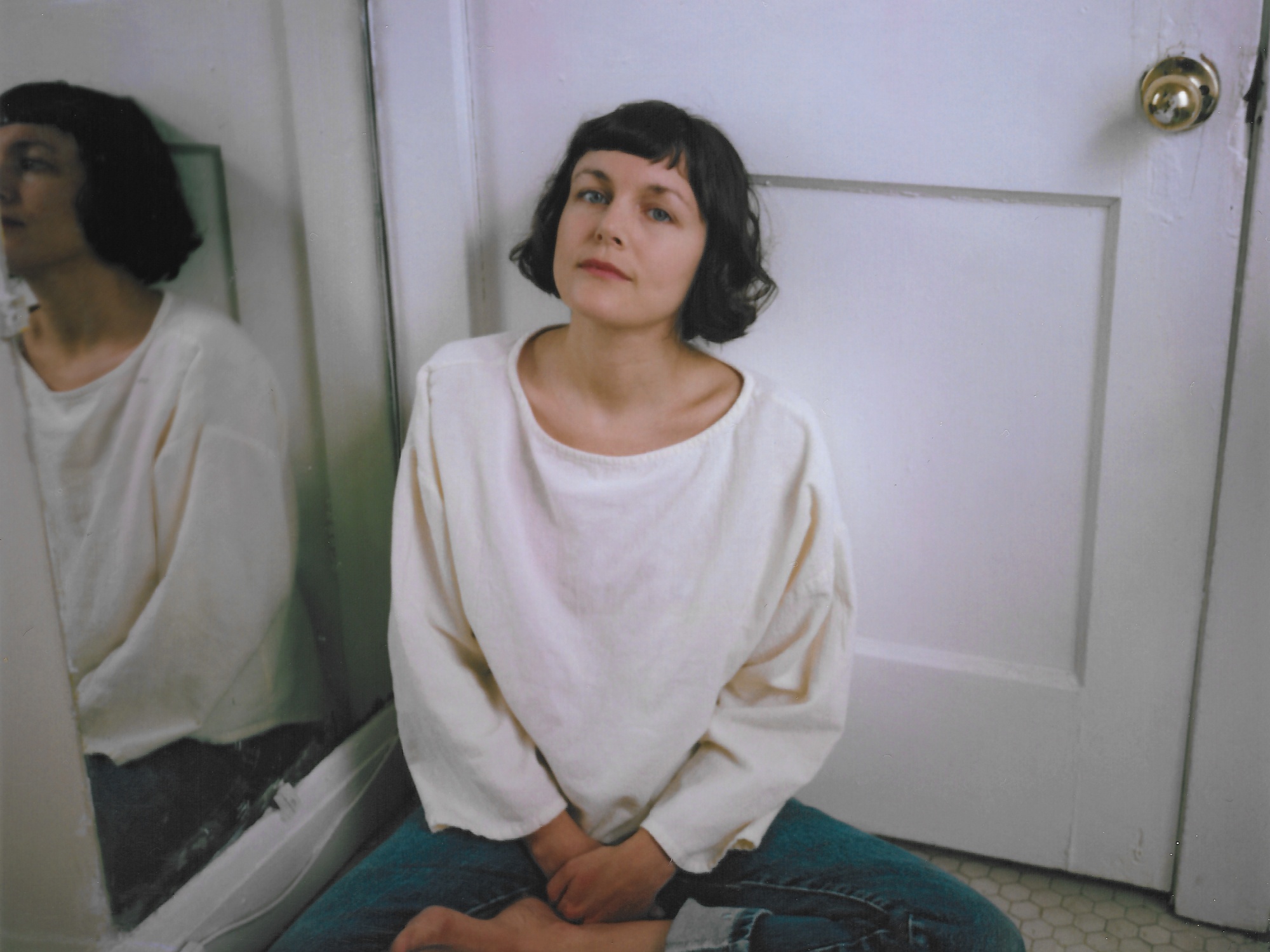 Outer Spaces is the musical adventures of Baltimore-based songwriter Cara Beth Satalino. We first featured Cara’s music back in 2016 around the release of the debut Outer Spaces album, A Shedding Snake. Some three years later, Cara recently returned with her brand new collection, A Gazing Globe, a series of tracks about Cara’s desire to get back to herself.

The record was composed following a break in Cara’s long term relationship with producer and bandmate Chester Gwazda, and as a result or otherwise became something of a study into the self. Throughout Gazing Globe, Cara sets out to re-discover the person she is outside of her relationship. In attempting to get back to the person and feelings inside, Cara used songwriting as a vehicle, a method to look at the person she wants to be and almost write her into existence, as she puts it, “I wrote from the perspective of who I wanted to be, rather than how I felt at the time”.

Released through Western Vinyl, musically, Gazing Globe is a hazy shimmer of a record, full of prominent, propulsive, guitar lines, distant washes of strings and bold percussive tones. Throughout it’s a record that seeks to always distort the obvious, pop-songs presented through warped glass, coming out sounding both familiar and like nothing you’ve ever heard before all at once.

Following the album’s release Cara took some time to answer our questions, discussing learning to love yourself, her drive to make music and why the music industry feels like a lottery.

FTR: For those who don’t know, who are Outer Spaces?

Outer Spaces is my solo project that I started in Athens, GA in 2012. I had released some solo material before under my name, Cara Beth Satalino, but this felt like a new chapter so I gave it a new name.

FTR: Your new album, Gazing Globe, just came out, what can you tell us about recording it?

I recorded Gazing Globe in Baltimore at a studio called Tempo House. I had demoed everything at home beforehand so for the most part I had a a pretty firm idea how I wanted things to sound. We did it sort of piecemeal. Chester Gwazda contributed bass and some keys, and Rob Dowler contributed drums on the record. It was actually the first time an Outer Spaces recording had been made in a recording studio. All of our previous recordings have been done at home.

FTR: I’m sure a lot of people, us included, don’t really know what a Gazing Globe is, can you explain the concept?

A gazing globe is a mirrored sphere on a pedestal that people put in their gardens! I liked the concept of someone in a garden at night confusing the distorted reflection of themselves for some other mystical creature. That’s the basic theme of the album. It’s about introspection and learning to love yourself.

FTR: What did you do differently compared to your debut album?

Because I demoed these songs on my own at home before I went into the studio, I had more of a hand in the production and arrangement choices this time around. Chester has recorded almost all of my material and this time we worked with another engineer as well, Jared Paolini. It was nice to have another set of ears in the studio.

FTR: The album came out via Western Vinyl, how did that come about?

I’m a fan of the label and I just sent them the demos in an email, and it worked out! I think it’s a good fit, and I feel at home on Western Vinyl. It makes sense for the music I’m making and the direction I’m heading in. My current favorite WV artists are Caroline Says, Stephen Steinbrink, Air Waves, and Ava Luna.

I have a lot of favorites, but I think it’s Teapot #2 these days. It’s definitely my favorite to play live. It feels euphoric and joyous and I literally can’t help but smile when I play it with the band. It feels like a hopeful song to end on.

FTR: We saw you wrote that the songs on this album are written from the perspective of another version of yourself? What made you stumble upon that as a songwriting idea?

I had been spending a lot of time alone kind of getting to know myself through meditation and introspection. I think as people we underestimate just how much we don’t know about ourselves. I’ve only just started pulling back the curtain, and that in itself is a kind of revelation to me. It felt like I was finding out about another person I don’t really know in the process of learning to be more compassionate toward myself.

I had no real expectations, I just wanted people to hear the record, and if it resonates, even better. I don’t know if music is a viable career. I’ve been doing it for so long and it’s never been a money maker, but I guess I’ve realized recently that my drive to make music has nothing to do with that. I just love doing it, and if more opportunities present themselves, that’s fantastic. But if not, so be it.

FTR: Who are your influences? What were you listening to when you wrote Gazing Globe?

I’m not great at keeping up with current music, which is something I’m trying to change these days. When I was writing Gazing Globe I was looking for older music that I’d never heard, sharing music with friends who are audiophiles and just looking through youtube mostly. I found a lot of great stuff that never got the credit it deserved when it came out. It got me thinking a lot about my own motives for making music, and what success means. The music industry is a lot like a lottery. It seems to be a fool’s errand to spend your energy trying to please people. I just wanna make something true. Here’s a handful of artists I was listening to when I wrote this record: Anna Domino, Linda Perhacs, Ernie Graham, Lizzy Mercier Descroux, and Francis Bebey.

Music spoke to me instantly at a very young age. I tend to have trouble communicating how I feel without it. I come from a musical family as well, so I was surrounded by it from as early as I can remember. I’ve always felt like it was my language in some way. I guess it comes down to a gut feeling.

FTR: What can people expect from the Outer Spaces live show?

These days the live band is a four-piece: drums, bass, guitar and keys. But I’ve been playing more as a solo artist as well. I think both interpretations of the songs are special in their own way, highlighting different aspects of the writing and different energies. I’ve been learning how to relax into the music and I try really hard to be in the present moment in performance. I think it helps get the audience on the same page.

FTR: What’s next for Outer Spaces?

Well, right now I’m sitting on a lot of new songs. I’m pretty close to sorting out my next album, and figuring out the vibe. I’m not sure what is to come, but I started this project with the intention of letting it go where it felt like it was going so I’m just following my intuition! I love to tour so hopefully there will be more of that as well.

Gazing Globe is out now via Western Vinyl. Click HERE for more information on Outer Spaces.