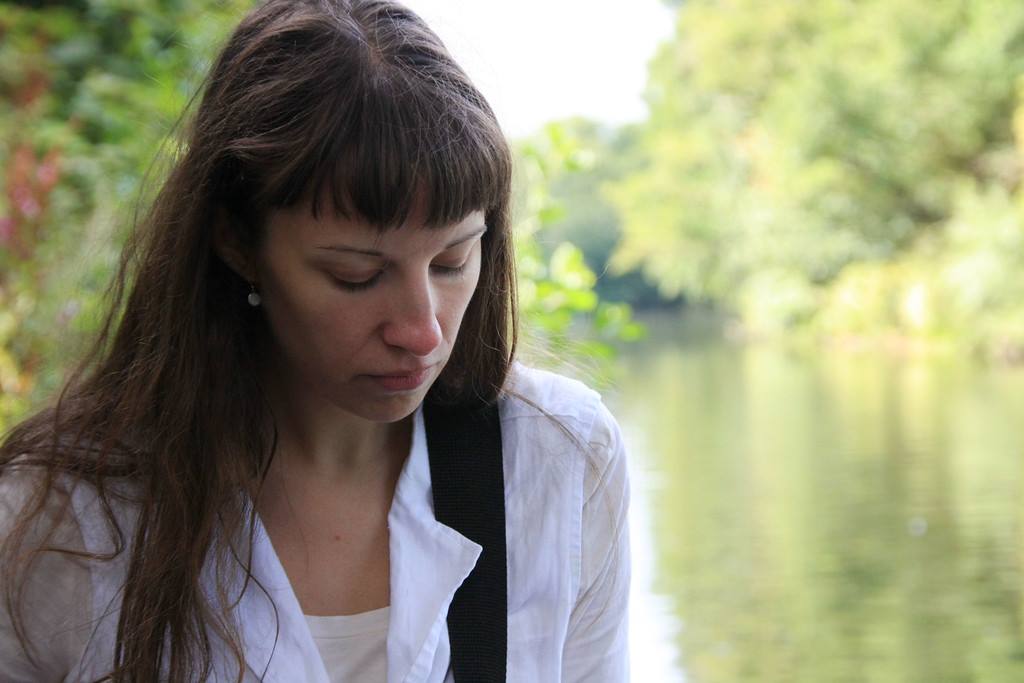 Umbilica is the music and poetry project of Derbyshire-based artist Josephine Lewis. Josephine is also a member of womxn-led performance collective She Speaks UK, and featured on this site recently as a collaborator on the new Grawl!x single. Currently building towards the release of the debut album, Where The Land Meets The Ocean, out later this month, today we’re premiering the latest track from that record, Butterfly.

Discussing the inspiration behind the track, Josephine has suggested it is a reflection, “on the dynamics of friendship and connection, the urge to reveal authenticity and strip away pretence”. The lyrics at times seem to tend towards a straight forward love song as Josephine sings, “What am I here for, if not you? Who am I here for, if not you?” Yet, lurking beneath that emotion are hidden admittances of doubt, “in the volcano’s breast, you’d be overdressed and you can’t save a thing – you’re just hiding”. That fluctuation between revelation and hesitation is present throughout, battling for supremacy and at the forefront of Josephine’s decision making.

Musically, the track showcases a fuller edge to Umbilica’s sound, as the melodic vocals and slinky-lead guitar line are accompanied by pulses of bass and lithe, jazzy drums. Throughout, the track walks an impressive line between warmth and complexity, feeling at once familiar and subtly intriguing.

The track is accompanied by a video, produced by the aforementioned Grawl!x, that seeks to represent the feeling of revealing oneself through the medium of nine blindfolded characters, debating whether to see the world or remain hidden in their personal safe space. Josephine has spoken about Where The Land Meets The Ocean as a collection of threads, weaving tales of a variety of human emotions into a tapestry of lives being led; if they’re all as good as Butterfly, the final picture might just be a masterpiece.

Where The Land Meets The Ocean is out September 21st and is available to pre-order HERE. Click HERE for more information on Umbilica.