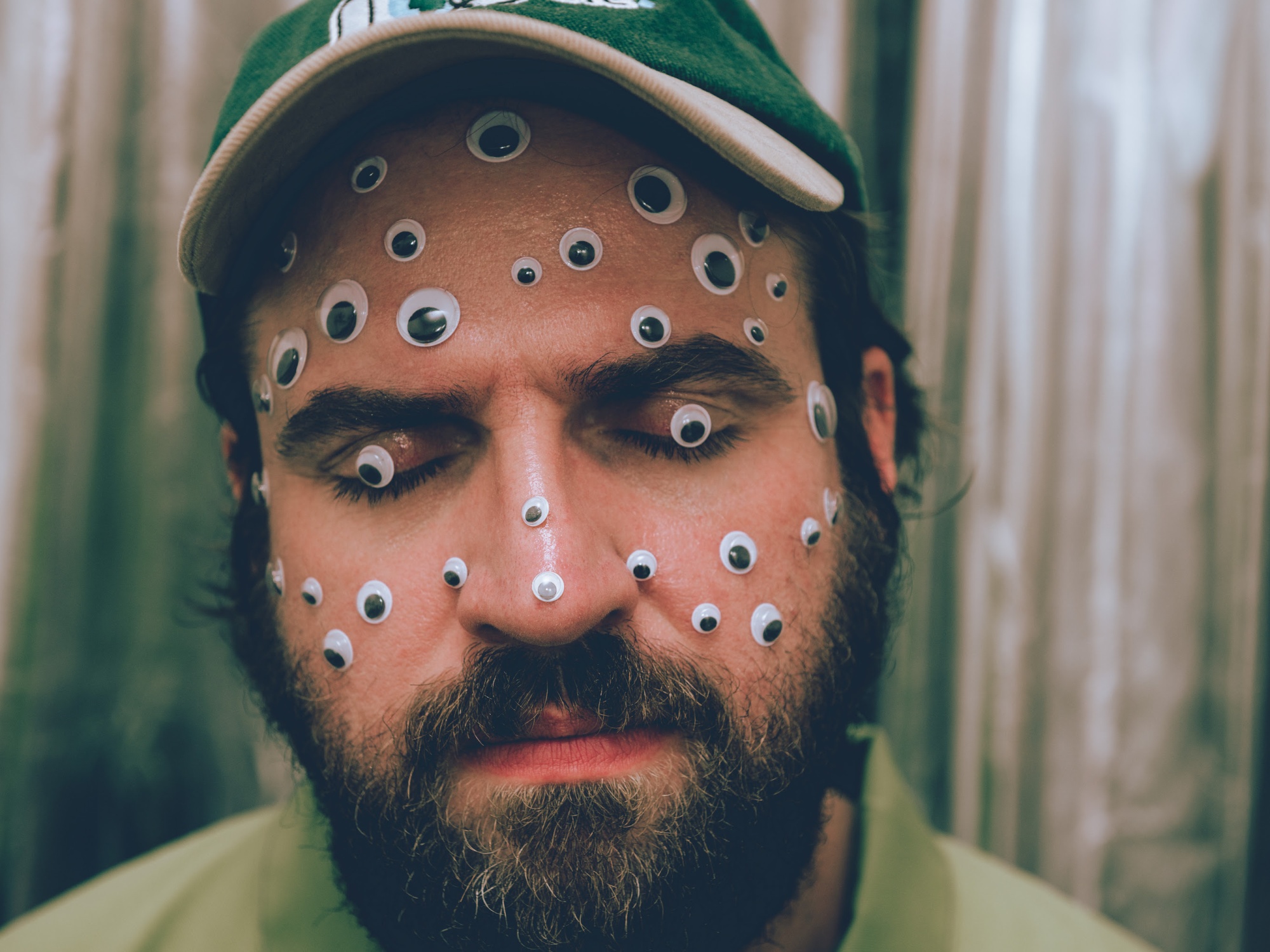 While they are still, in some ways, a new band, Big Thief are quickly becoming one of the most revered and important bands on the planet. Not content with already sharing one of the year’s finest albums, U.F.O.F, their second full-length offering, Two Hands, will arrive next week, and ahead of that they’ve shared the latest taste of it, Forgotten Eyes.

Discussing the album, Big Thief have suggested Two Hands is a more visceral and human affair than U.F.O.F, recorded nearly live with little studio trickery, and Forgotten Eyes serves as a fine example of that. There’s a twang to the guitar and an honesty to the vocal production, a feeling throughout that this is Big Thief unadorned, raw and candid. Lyrically too, this feels like a direct and truthful affair, as Adrianne Lenker repeats towards the songs close, “the wound has no direction, everybody needs a home and deserves protection”. While there’s an assumption that two records in a year is a rush, an over-share if you like, from what we’ve heard, Two Hands feels like a natural progression, a bold move yes, but not a foolish one; in fact on current evidence, Big Thief simply can do no wrong

Two Hands is out October 11th via 4AD. Click HERE for more information on Big Thief.

Quickly becoming one of the year’s break-out new acts, Dry Cleaning garnered near universal acclaim for their debut EP, Sweet Princess. Wasting no time, the band are set to return with their second offering, Boundary Road Snacks And Drinks, when both EPs are pressed together on a 12″ vinyl out later this month. This week the band have detailed a headline tour for early next year, alongside sharing brand new single, Viking Hair.

Viking Hair is a tribute to passing attraction, how romantic ideas can spring into your head even when the person is just a stranger with particularly good hair, “she’s beautiful she’s got Viking hair, she’s a tragic heroine, I’m in love”. This tale is interwoven with the sort of stream of consciousness lyricism that’s quickly becoming the bands trademark; the words seem easily distracted from the songs central narrative, like a modern mind unable to focus entirely on any one thing. Musically, it’s built around repetitive angular guitar lines and clattering drums beats, coming across like the middle ground of Arab Strap and Wire. Alternatively, like the band themselves, you might just be reminded of line-dancing and decide to go and film a video at your local LGBTQ+ Line Dancing Club, either way you’re onto a winner.

3. We Can’t Quite Tell How Big Wished Bone’s Going To Be

Rapidly reappearing on this page, it was only last month we raved about Ohio-based songwriter Ashley Rhodus, aka Wished Bone and her track, Hold Me. That was the first offering from Ashley’s upcoming album, Sap Season, and this week she’s shared the record’s second single, Trees We Couldn’t Tell The Size Of.

The track was inspired by a road trip through the Pacific Northwest, as Ashley explained, “I noticed that the trees lining the highway looked like they could be the size of the a mailbox or a car or a house all at once. This kind of scale trickery hits me often and in different ways”. This feeling seems to permeate the song, Ashley questioning the universe’s ability to make things feel both huge and minuscule, “am I the kind of girl you marry? Am I something temporary? Am I better inside of your memory?” Musically, it’s a delightfully hushed affair, all steady drum tick and gorgeous muted guitar strum, as Ashley’s vocal manages to simultaneously meld into the track and leap out from it in equal measure. It’s a track that continues to hone Wished Bones’ way with atmosphere, her ability to merge the mundane and the beautiful, intricate sketches of everyday living and enjoying wherever the journey will take her.

2. We Care About The New Molly Linen Track

We’ve featured Glasgow-based songwriter Molly Linen previously around the release of a pair of tracks that are set to feature on her debut EP, Outside, available from today on Lost Map Records. Ahead of the release this week, Molly has shared the latest track lifted from the record, When They Didn’t Care.

Discussing the inspiration behind the track, Molly has suggested When They Didn’t Care is about, “worrying too much about what other people think, and the moment you realise that they don’t actually really care”. While the realisation that someone doesn’t care at all can be crushing, it can also be liberating, freeing you from trying too hard to impress, as Molly sings, “rows of everything you want to show, thinking always of what they can know”. Musically, it might be Molly’s most ambitious production to date, as the prominent bass melds into the steady rhythms of guitar and drums; it’s a track with as much in common with Ultimate Painting or Amber Arcades as it does with the folky comparisons she’s received previously. Further fire for the growing evidence that Molly’s debut EP might just be the year’s finest to date.

Outside EP is out today via Lost Map Records. Click HERE for more information on Molly Linen.

1. We’ve Got Slow Memories Of The Pictish Trail

While we have largely covered Johnny Lynch is his other role as the head-honcho of Lost Map Records, the Isle-Of-Eigg native is equally at home making music of his own under the Pictish Trail-moniker. The music of Pictish Trail has slowly morphed from the lo-fi folk pop of 2008’s Secret Soundz Vol.1 to the lush electronica of 2016’s Future Echoes. This week Johnny has announced his new album, Thumb World, will be out next year on Fire Records, and shared his brand new single, Slow Memories.

Described as a, “kaleidoscopically out-of-this-world ode to heavenly surrender”, Slow Memories is both playful and powerful, the delightful electronic pulses flutter between the ears of your headphones, as Johnny’s vocal remains central, holding the whole thing in place. The track feels like an introduction into a brave new world The Pictish Trail have created, a world not entirely alien or entirely common place either. One way or another, it’s a world you want to jump in and explore, and with Thumb World’s upcoming release promising both,  “paternal panic” and “astronaut sex”, it might just be a planet that’s just as intriguing as this messed up place we call home.

Thumb World is out February 21st via Fire Records. Click HERE for more information on The Pictish Trail.