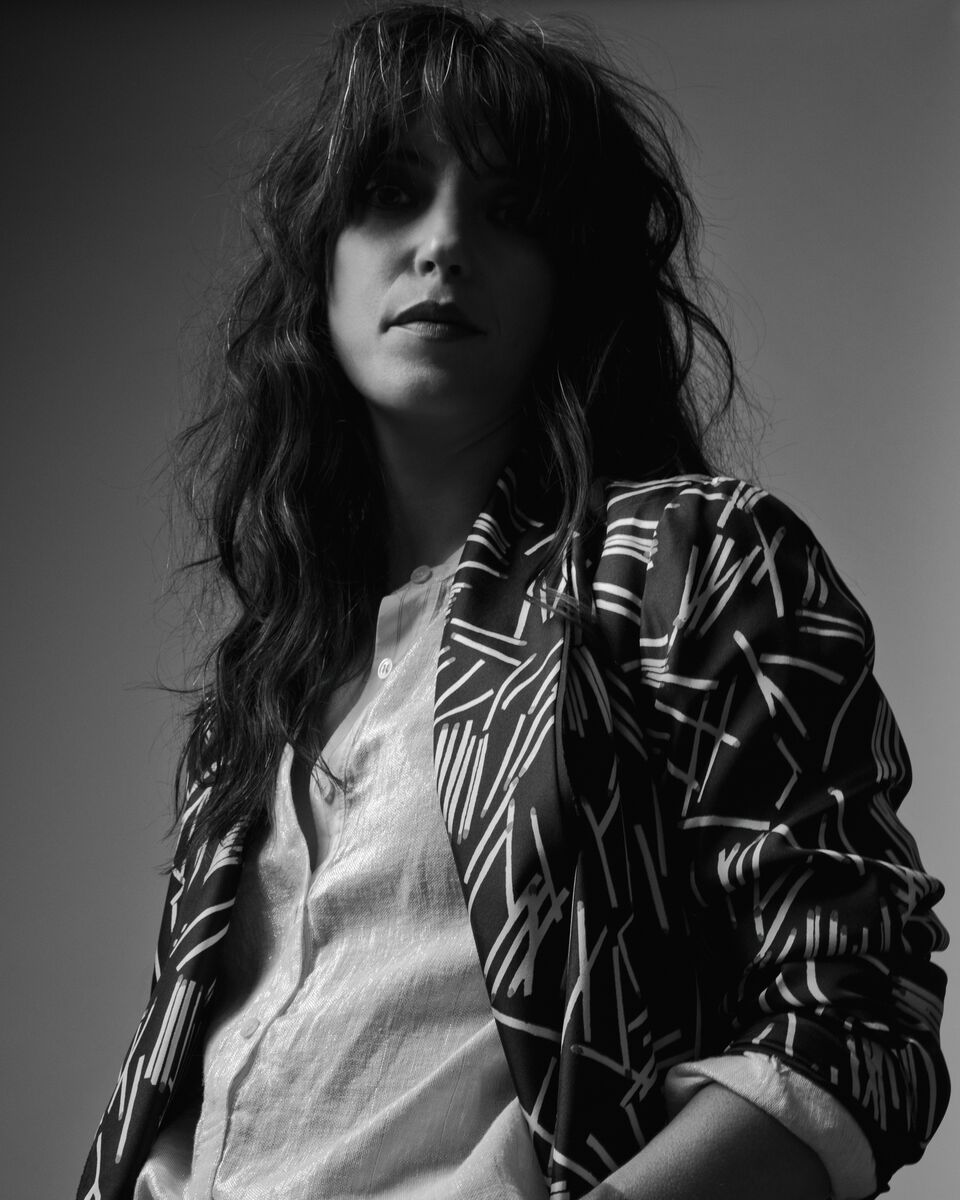 10. Esther Rose – You Made It This Far [Father/Daughter]

On this site we’ve always been a sucker for a really good country singer, and quite possibly the best one we heard this year was New Orleans’ Esther Rose. First emerging back in 2017 with her debut album, This Time Last Night, Esther had already garnered a certain amount of acclaim, however things really amped up for her this year with the release of her brilliant second record, You Made It This Far. It is a record, in Esther’s own words, about, “radical acceptance”, about learning to live with ourselves and others in the moments of our greatest confusion and despair.

You Made It This Far takes a deep dive into the great American songbook and paddles about the place picking up influences as it goes, drifting from the woozy flourish of Sex & Magic to the folk-tinged ho-down of Rio en Medio, with Esther herself as the one constant that pulls the record together. That said, for all the classic, almost retro-influences on show, this is a re-invention more than a pastiche. Esther takes the sounds of American history and re-imagines them for our modern world, with all its doubts and insecurities playing out in the words Esther delivers in her Patsy Cline-like vocal. A gentle revelation, like Hurray For The Riff Raff or her near namesake Caitlin Rose, Esther’s take on the old sound makes them ready for the here and now, there’s plenty of life in lap-steel and fiddle yet.

Released back in February, Savage Mansion’s excellent debut record, Revision Ballads was one of the first, and one of the finest records we heard all year. The project of Glasgow-based purveyor of, “scuzzy slacker guitar pop”, Craig Angus, Savage Mansion was heavily influenced by the cities DIY-scene, Craig inspired by the musicians around him as much as anything coming from elsewhere. It was with the help of many of those musicians that Revision Ballads was created, as Craig’s ideas were brought to life by a rotating cast of collaborators, who add the musical textures to his intriguing ideas.

There is something delightfully out of step with the sound of 2019 about Revision Ballads, from the distorted sing-speak vocals to the angular, slacker-guitar style, it makes no effort to fit in and stands out all the more as a result. At the heart of the record is a battle for supremacy between melody and noise, there are times when Craig seems to revel in clattering drums or slightly off-beat vocals, and then there are tracks like the stomping Elwood or the rapid-fire opening track Bring Down The City Hall, where he just can’t stop his talent as a radio friendly unit-shifter from pouring out. Best of all is Dog O’Tears, a rambling attempt to make sense of the increases in xenophobia in our society, set to the sound of ringing guitar chords and the slap of a snare drum. More than anything Revision Ballads is a joyful listen; the whole thing bounces at a gorgeous pace, combines the playful and heavy hitting and makes guitar music sound fresh and exciting again.

Music was many things in 2019, yet one theme that perhaps didn’t appear much was positivity, yet amidst the darkness, Shannon Lay and her stunning new album August, stood tall, as a beacon of relentless unerring hope. As she told us back August, “of course you need those songs to cry to, but you also need those songs to fly down the highway screaming the words”. Sure the finger picked guitars and easy, wistful vocal tones carved from the history of folk might not be the obvious sound of joyous freedom, yet Shannon and her songwriting does have a way of making us feel that anything is still possible.

As well as the warm glow, August also possessed a wonderfully easy musicality; working with producer Ty Segall, Shannon set to combine a modern production with her love of traditional folk musicians from Nick Drake to Karen Dalton, covered here on the sublime Something On Your Mind. The result of this collaboration is a record that is a true delight for the ears; from the hypnotic, scene-setting majesty of opening track Death Up Close, through to the paired back brightness of Past Time and layered Bert Jansch-like masterpiece, Sea Came To Shore. At least part of the influence on the album was Shannon’s decision to quit her job and pursue music full-time, this is presented on August, not as a smug boast but as a collective feeling of what we can all achieve if we just don’t let the everyday grind get in our way. As Shannon sings on the title track, “open the doors that you cannot”, on August, Shannon threw them wide open, and then never looked back.

There are a number of paths to finding your musical inspiration, and Kate Davis was quite possibly one of the most winding. Kate was something of a jazz prodigy, yet between university lectures and concert hall recitals, Kate was quietly working on the dark arts of indie-rock, discovering a love for the catharsis and freedom it could provide. The result, a number of years later, is Kate’s debut album, Trophy, named as it is a record that is her just reward for battling to find her own musical voice amongst all the noise the industry threw at her.

If Trophy is in some ways a celebration of throwing off the shackles of technique, it is in no ways an artless one, Kate’s craft is still clear to hear, from her poetic use of language, to the delightful instrumental decisions that create the record’s cohesive atmosphere. Whether on the stripped back ode to finding confidence, I Like Myself, or the foreboding, breakout single, rbbt, Kate created beautiful snapshots of a life being led in all its complex detail. It is an album that seems to never pull its punches, whether tackling loss, identity or self-doubt, it always feels entirely true to its creators vision, never more so than on the bruising opening track Daisy, a tale of loss and trying to go on without someone who meant the world, “what was it you said when I stopped to listen?
I’ve poured over the pages you wrote, this manual to help me get it together but you won’t hold my hand anymore”. Accolades come and go, and Kate Davis’ album was worth far more than any of them, this was the reward of pursuing your dreams and doing it on your own terms, a trophy worth its weight in gold.

When Sharon Van Etten released two of the finest albums of the decade and then left us waiting for four years for a follow up, our expectations were always going to be impossibly high. The build up to the release of Remind Me Tomorrow was utterly perfect, even now, listening to the first single, Comeback Kid, with its perfect title, and terrifyingly thrillingly different sound, caused our heart to flutter with a mix of joy and terror. Yes, it sounded absolutely great, but what on earth did it mean, were we really going to get an entire album of fist pumping bangers full of rave-worthy synth lines?

Thankfully, it was something of a misnomer, while Remind Me Tomorrow did push the boundaries of Sharon’s sound, it didn’t rip-up the rule book entirely. It is a record that pushes Sharon to the edges of her sound as we knew it before, taking ideas that were previously sonic outliers and bringing them into sharp focus. It was a record that was allowed to develop at its own pace, Sharon working collaboratively to take her ideas, and see where they end up, take Seventeen, co-written with the aforementioned Kate Davis, which Sharon says started off sounding like Lucinda Williams, and ends up here as a driving stadium-worthy rocker, only one that explores gentrification and generational imbalance. It’s not just musically that the focus shifts on Remind Me Tomorrow, lyrically too it is a record that shows a changing world view, much of the record grapples with bringing children into the world, and having to find a way to create a world for them that is full of positivity and hope, it’s never more evident that on the glitchy closing track Stay, where Sharon plots out her dreams for her new, “meaning of life”. Remind Me Tomorrow is a new musical world for Sharon Van Etten, and it is one that is every bit as bold and compelling as even our wildest dreams could have hoped it would be.

Click HERE for the final part of run down of our favourite albums of 2019.