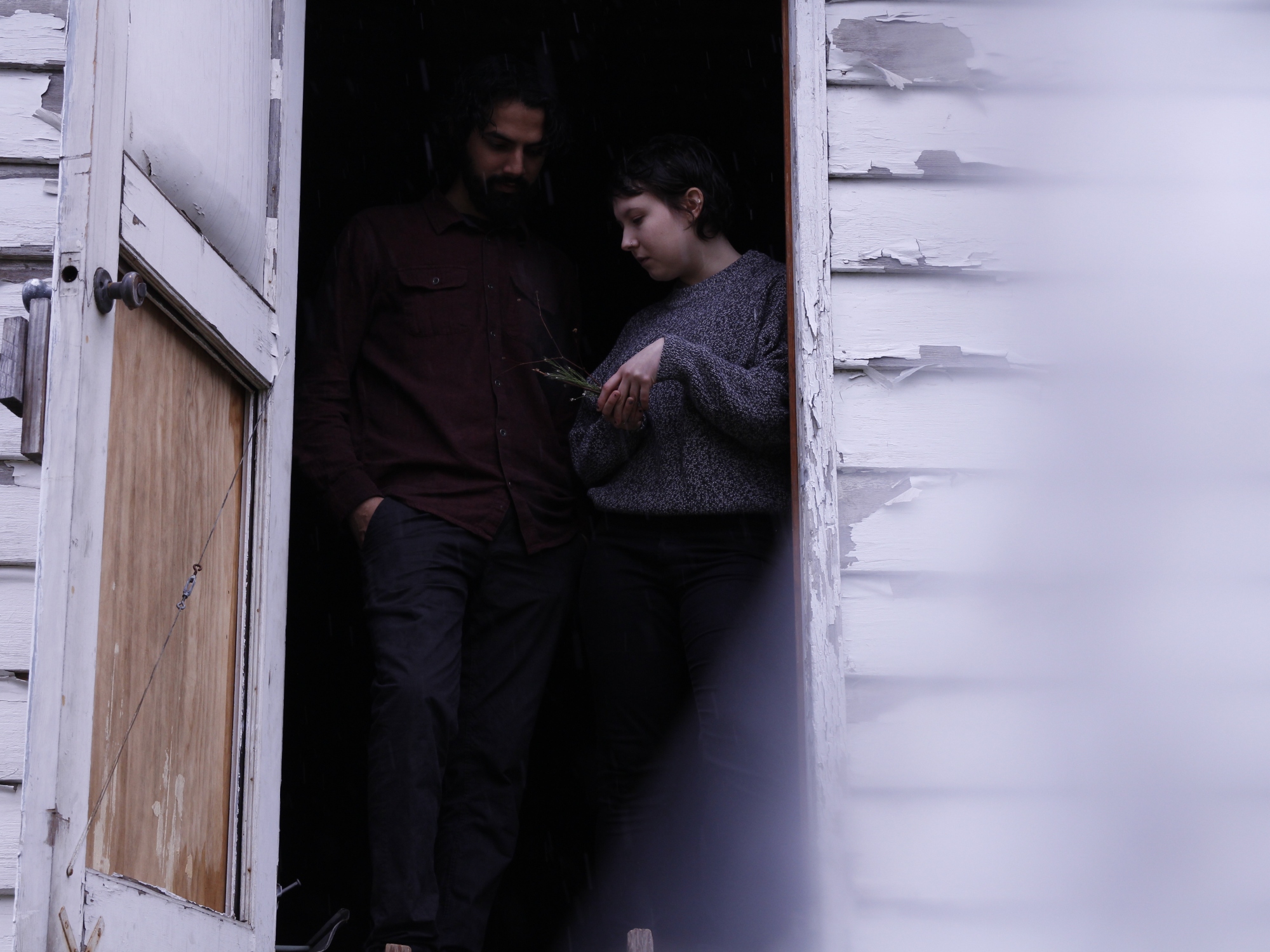 Although now splitting their time between Philadelphia and Brooklyn, Sea Offs are the coming together of two songwriters from very different places. Olivia Price from Pittsburgh met Rashmit Arora from Mumbai when they attended the same university, and bonded over, “a shared socio-political belief system”, and a love of expansive folk music. Back in 2016, Sea Offs released their debut EP, Sea The Blind, a record well-received enough to see them share stages with the likes of Girlpool, Hop Along and Frankie Cosmos. The duo then followed up at the start of 2017 with their debut album, What’s The Point. After three years of radio silence, Sea Offs recently returned with a brand new EP, En Root.

En Root is in some ways a concept album, or at least a record on a specific theme: love in all its multi-faceted and varied forms. It’s a collection of tracks about flings and relationships, sexual politics and finding your self-worth. Musically, Sea Offs walk a line between timeless classics and modern musical progressives, equally reminiscent of Neil Young or Joan Baez as it is of contemporary artists like Black Belt Eagle Scout or Hayley Hendrickx. Throughout En Root, Sea Offs seem to cast musical spells, warm hazes of sound that engulf and entice the listener, taking them on sonic journeys through melody and atmospherics. Across five tracks, En Root creates a distinct mood, punctuated by subtle variations on the theme; To Find You adds a bright indie-pop bounce to proceedings, For Familiarity’s Sake slows things down to a lush folky feeling, while closing number Fight Song finds Rashmit take on lead vocal and strip things back to the barest of bones. Living up to its title, En Root is in many ways a journey, a trip from the doubts of young adulthood into self-discovery and establishing where your life is heading, as with Sea Offs’ music, it’s a leap forward that’s very exciting to see. 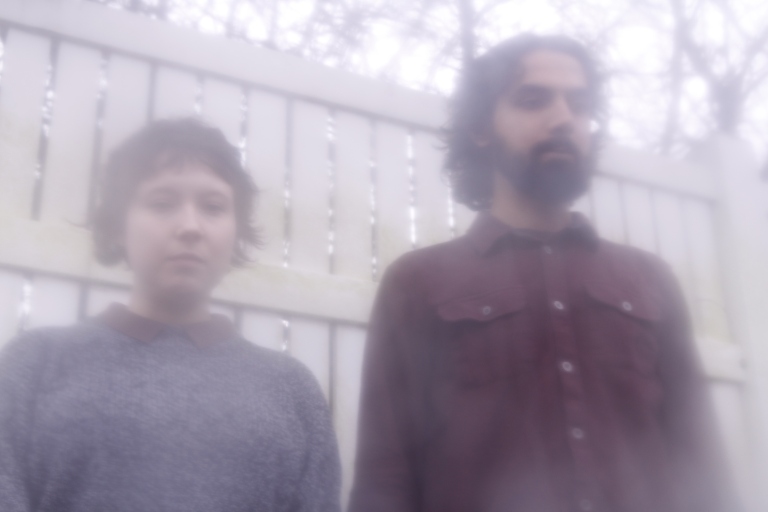 FTR: For those who don’t know who are Sea Offs?

Sea Offs is the confluence of songwriters Olivia Price and Rashmit Arora. They met in 2014 at a songwriters meetup and were inspired to try writing and playing together after discovering a shared love of ambient folk music (i.e. Elena Tonra, Gregory Alan Isakov, Lucy Rose.) One hailing from Pittsburgh and the other from Mumbai, their music serves as a meeting ground for their starkly disparate upbringings and influences, bringing together two unlikely, yet fitting pieces of the same puzzle.

I think the first show we ever played was a showcase at a little coffee shop/bookstore in State College called Webster’s. We were technically each invited to perform solo, but we wound up collaborating on about half of the other’s set. To add to the confusion, we even recruited an acquaintance to follow along on the electric cello. The whole thing was off the cuff, but that’s kind of how we’ve always kept it. Our setup and lineup is constantly changing, just based on who’s available and wants to play a show with us.

Olivia: For me, it’s just the only thing that ever felt natural to me. I love writing and drawing as well, but both of those never felt as effortless as music does. I think too much when I’m creating non-musical things. In the moment of writing a song, I’m not thinking about anything or anyone other than what’s right in front of me; I’m not thinking “Oh, I wonder if people will like this.” But with other artforms, it’s harder for me to turn those thoughts off.

Rashmit: It’s just what I was better at compared to other things. I’ve dabbled in video direction and production and would like to get better at that someday. I tried drawing once and my mom told me to stick to the guitar… I agree. Just kidding, my mom would support me even if I tried to dance (which is arguably worse than my drawing).

FTR: What can people expect from the Sea Offs live show?

Comfortable awkwardness? I guess it depends on if it’s just us playing, or if we managed to convince other people to play! Maybe that’s something to expect – not knowing what to expect. At its simplest form, Sea Offs is Olivia and Rashmit on two acoustic guitars, singing and joking around. At its fullest, Sea Offs is a 7-piece outfit, with cello, keys, flugelhorn. We’re constantly of thinking of ways to reinvent our songs, simply by introducing new sounds; so our live shows capture some of that.

FTR: What’s next for Sea Offs?

Hard to say, especially given the public health situation. We’re kind of just sitting tight and trying to remain patient and hopeful. But ultimately, we’re just taking some time to reflect and write more. We already have a follow-up single planned after the EP.

I have been a huge fan of Phoebe’s ever since Stranger in the Alps came out. Her songwriting is such a breath of fresh air – she has a way of describing the most intricate emotions and situations in an accessible and relatable way. She also has a way of writing songs that you never, ever, ever get sick of. This song, in particular, has exquisite production – very Bon Iver, in introducing techniques and sounds you normally wouldn’t think to employ in a folk song.

I remember one of my good friends Doug told me that for her last record, Claire taught herself how to play guitar, strictly so she could have that texture in her new songs. I’ve always admired how truly independent and motivated she is. If she wants something, she goes for it with sound confidence. She’s known for seamless genre-blending, and this song only further proves that. I’ve been listening to it nonstop since it came out- just so many interesting instruments and textures throughout.

Rashmit’s Pick: Darwin Deez – The Mess She Made

Love Darwin Deez. This song’s been keeping me somewhat energized during quarantine. I love shuffley (is that the right word?) beats like this and his chord progressions are so unique.

Been going back to this record a lot of late, this is my favourite song off it.

I love this new album!!! This song and “Good Day” from it are my favs.

En Root is out now. Click HERE for more information on Sea Offs.