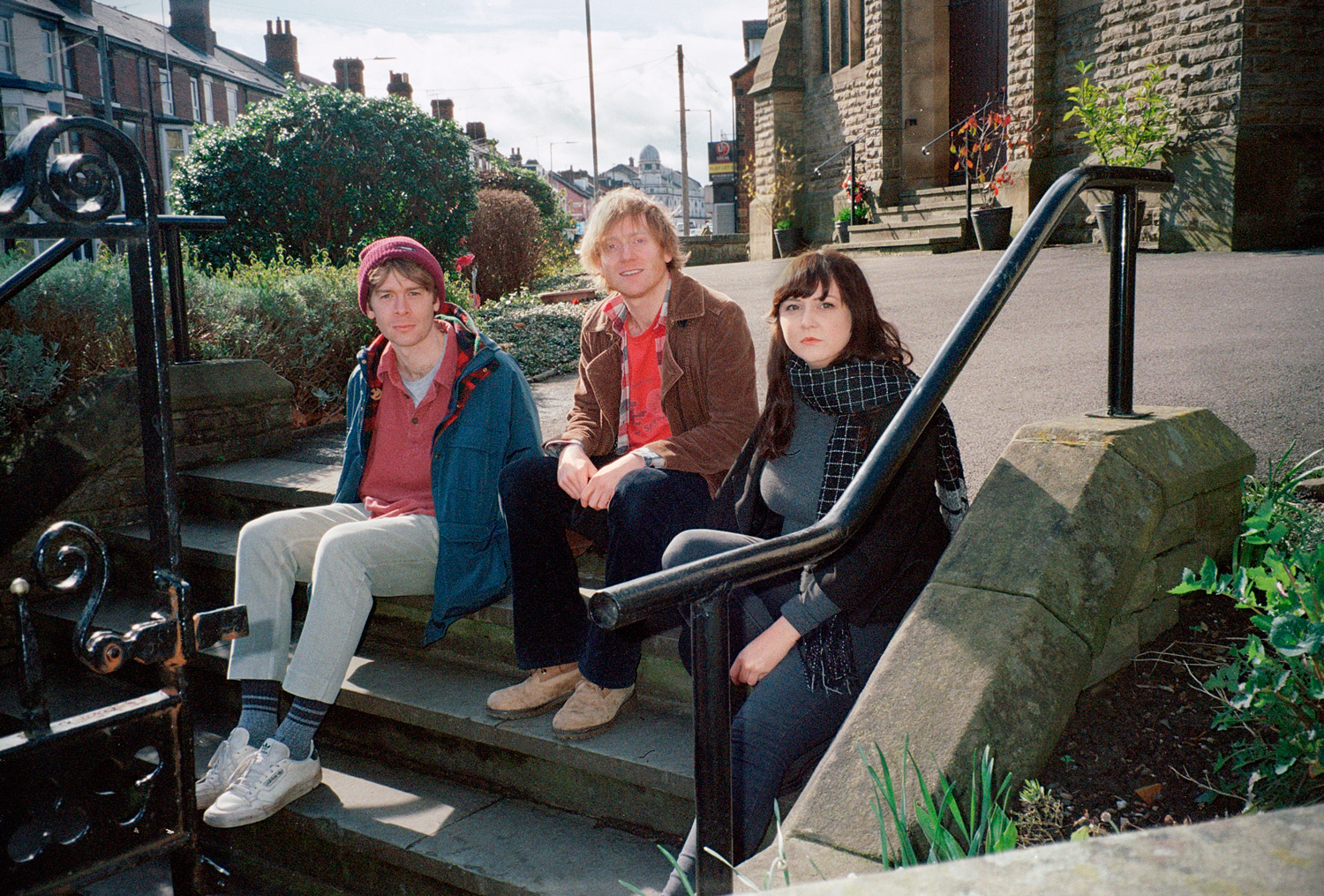 Mumble Tide are the Bristol based duo of Gina Leonard and Ryan Rogers. The project was born out of Gina’s frustration in her other bands where, “lots of what I was writing was getting rejected for being say… too sweet, or too silly or too simple”. The pair adopted, “a no rules, no questions approach“, allowing them the freedom to simply create and fall back in love with making music. The debut Mumble Tide single, Sleepy Heads, arrived back in April and this week the pair have shared their latest single, Orbit.

Described by the band as about, “looking back and accepting you wasted years being heartbroken”, the track was inspired by listening to, “super noisy guitar bands”, and Ryan trying, and succeeding, in getting Gina into, “a bunch of early emo bands“. The resultant track saw the band repurpose an old drum-loop and then almost free-style guitars over the top; the result is a fascinating blend of atmospheric dream-pop and crushing guitar noise, bringing to mind the likes of Rilo Kiley and Wye Oak. Embracing their new found freedom and experimentation, Mumble Tide are doing everything right, already we can’t wait to see where it takes them next.

Orbit is out now via Nothing Fancy. Click HERE for more information on Mumble Tide.

4. Honey Joy Are Anything But A Pain

London-quintet Honey Joy first emerged back in 2017 with their well-received self-titled debut album. The subsequent three years have seen the band working on the follow-up, II, which will arrive into the world next month on Everything Sucks Music. Ahead of that release, this week the band have shared their latest single, Pain.

While Pain is not an unusual theme for a punk song, Honey Joy’s take is particularly poignant, inspired as it was by a patient that vocalist Meg Tinsley was tending to, in her role as a nurse, as she explains, “after having a heart attack and a stroke he wasn’t able to talk, his frustration and shock seemed to manifest in frustrated screaming and pain all over and no meds would touch it“. Like much of Honey Joy’s finest music, Pain is a track that seems to exist between musical worlds, at times it roars with the rage of punk, at others it embraces the melodic qualities of indie-pop. At the fore throughout is Meg’s vocal, an imposing grungy howl, “go ahead and scream at me, say every word you ever heard, that you ever learnt that made you feel like nothing”. A sparkling return that suggests Honey Joy are a band growing with every track they share, the release of II next month might just be the moment they get the attention they so richly deserve.

II is out September 4th via Everything Sucks Music. Click HERE for more information on Honey Joy.

3. There’s No Limit To Lomelda

It was only back in the middle of July that we last featured Lomelda, that was around the release of Wonder, the intriguing first single from their upcoming album, Hannah. That album, which songwriter Hannah Read recorded over the span of a year in her brother, Tommy’s studio in Texas, is out next month on Double Double Whammy, and this week Hannah has shared the latest track from it, It’s Infinite.

Discussing the track, Hannah enigmatically notes, “It’s Infinite is about missin’ shots and missin’ dogs and deciding that even if I get all mad and muddy runnin’ after ’em, I’m still gonna. I am still gonna sing songs and truck along towards heaven on earth til I die“. While we’ll admit we’re not entirely sure we know what that means, to us it sounds like a message to keep on going, to keep reaching for your goals, as the lyrics state, “it’s infinite, you’ll never quit”. Musically, It’s Infinite seems to sit on the opposite side of the spectrum of Lomelda’s music to Wonder, here Hannah strips things back to just a fluttering guitar and a gorgeous piano-line, latterly joined by wonderfully complex rolling percussion, that adds a perfectly jarring bolt of energy. On the evidence so far, Hannah does exactly what you’d want a new album from Lomelda to do, all the identifiable charms of previous records remains, yet there’s progress too, an artist growing organically into something truly magical.

Hannah is out September 4th via Double Double Whammy. Click HERE for more information on Lomelda.

Our love of Martha Ffion is no secret, we’re even quoted on her press release declaring her, “one of our favourite artists in recent years”, yet we’ll risk hammering home that point once more, because her new single is fantastic. The title track of upcoming album, Nights To Forget is the latest offering from the follow-up to Martha’s Scottish Album of the Year Award nominated debut, Sunday Best, which is set for release next week via Lost Map Records.

Discussing the track, Martha has suggested Night To Forget is her, “reflection on my own negative experience of objectification as a woman“. It finds Martha reflecting on the optimism of youth, and how it tends to fade from women as reality bites, before towards the end of the track seeming to reclaim her rights to be whoever she wants with the repeated refrain, “won’t owe you anything”. Perhaps counterintuitively to the track’s themes, it was the jumping off point for Martha exploring a more distinct pop direction, the start of a mission to, “make a record that she wanted to hear, rather than a record that felt like an obvious follow-on from its predecessor”. Here that pop-vision manifests via a slinky lead-guitar line, Tropicalia-laced percussion and warms beds of smooth synth perfection. If this is Martha Ffion’s idea of a modern-pop record, then it’s one that gives you hope for pop music’s future; creative, intriguing and quickly becoming one of 2020’s most exciting albums.

Nights To Forget is out August 14th via Lost Map Records. Click HERE for more information on Martha Ffion.

Crawlies are Tom, Sarah and Calum, three members of Sheffield DIY Collective Delicious Clam, and between them members of the likes of Thee Mightees, Turtle’s Breath and Precious Metals. Initially bonding over a shared love of Yo La Tengo, Crawlies set out to explore ideas of, “texture and atmosphere alongside melodies”. The result is their self-titled EP, out today, which the band previewed earlier this week via their track, Old News.

Discussing the track, Tom from the band recalls how it started as a stripped back keyboard number, before they decided to embolden it via, “a big fuzzy bassline and some drums”. In many ways it’s quite a simple track, a repeated atmospheric organ line, accompanying Sarah’s half-spoken vocal, yet as feedback buzz and military-style drums take it to a louder section the whole thing seems to swell and engulf the listener in a wave of fuzzy warmth. It’s subtly shifting tones are oddly transportive, creating a moment of calm escapism from the grind of the everyday, or as Tom puts it, “when the drums change at the end it makes me want to give someone a hug“. The nature of collectives is that bands are often transient, appearing, releasing something beautiful and moving onto something new, in the case of Crawlies that would be a great shame, there’s something here that needs exploring, the sort of band where even as you discover them for the first time, you’re already wanting more.