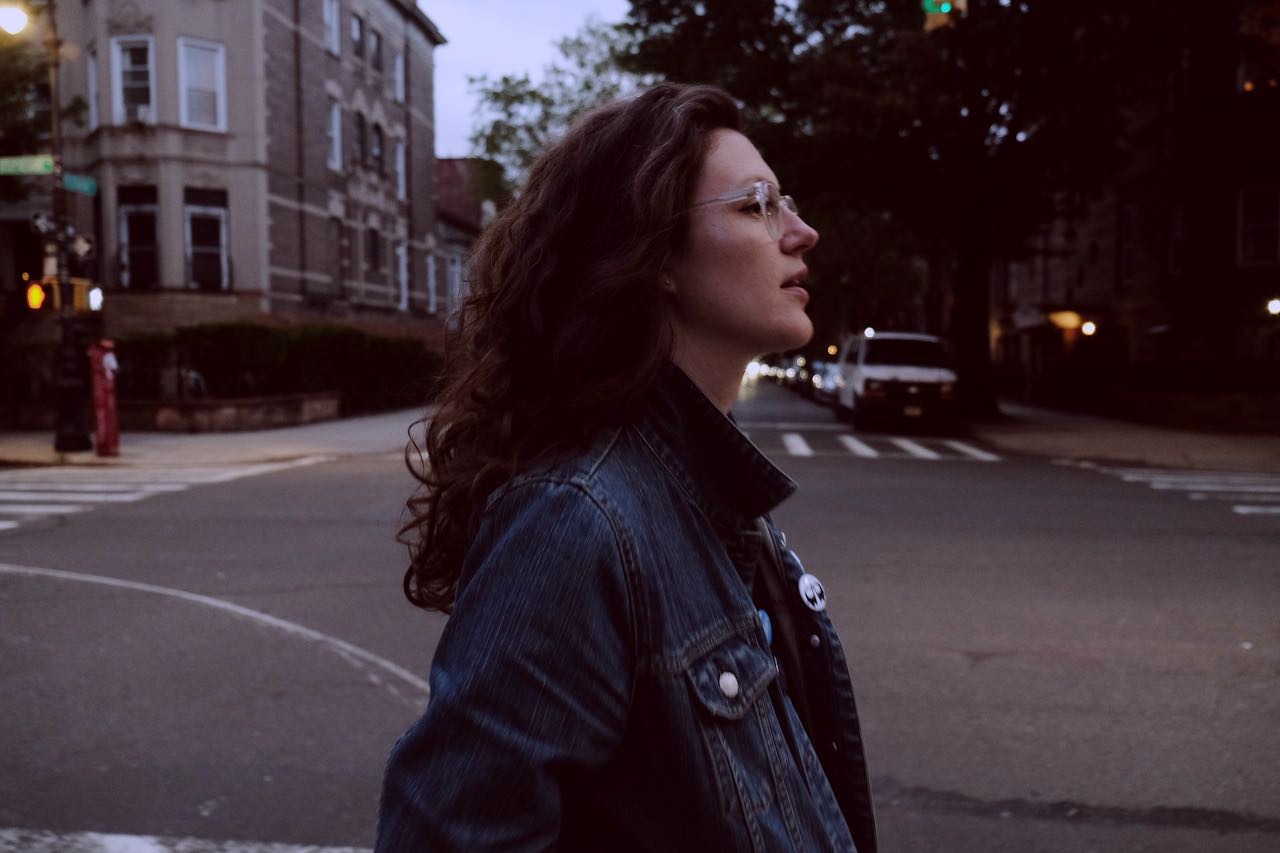 When we think of big cities, we often think of them as destinations. Places where people end up, through luck or judgement. London, Paris, Tokyo, New York, these are not stops on the way somewhere, they are the dream, the goal, the final resting place – or are they?

It was back in 2008 that musician and photographer Jeni Magana arrived into New York. A native of, “the desert heat”, of Bakersfield, California, as a child Jeni signed up for piano lessons to get out the of the sun, joined the Orchestra on Clarinet, took up the double-bass, and as a high-school student joined a rock-band. The journey took her to Berklee College Of Music, studying electric and upright-bass, and it was there her own song-writing began to take shape and Magana, as a musical project, was born.

Since moving to New York, now over a decade ago, Jeni has been writing, playing bass for other artists, touring and in the cracks of time left-over, found room to release the acclaimed debut EP, Golden Tongue, our favourite EP of 2016. Since then, Jeni has been building up to the release of the debut Magana album, You Are Not A Morning Person, which we’re delighted to be premiering here today.

You Are Not A Morning Person is in many ways an album in reverse, it starts with an end, quite literally with the track, The End. The album enters with footsteps and background chatter, the distorted tones of a train announcement, then a low blast of woodwind, slowly it starts to find a melody, and the train begins to roll. It’s a striking cinematic entrance, gone much more quickly than it arrives, as a bell chimes and the rapid-fire guitar of Who Am I slides into its place. It could be easily missed, yet The End is in many ways what this record is about, this is an album about departures; a farewell letter to Brookyln, to a decade of a life, to what New York can teach a person, and to why a person sometimes has to leave. That said, if you’re expecting a soppy love-letter full of unsubtle references to Big Apples and Yankees games, you’ve probably not come to the right place.

As anyone who has listened to Magana’s music before knows, Jeni is an unflinching songwriter, an artist unafraid of stripping back the flesh and digging deep to the core. It was there on Golden Tongue’s stand-out moment, Inches Apart, as she sang, “I have built myself by hand, I was dreaming of the southern sand, and while every night you visit me, darling you are friends with misery“. That same lyrical dissection is present throughout You Are Not A Morning Person, here it is applied to that most universal of subjects, life. Across the album’s ten tracks, Jeni tries to make sense of it all, talking about growing up and growing older, as she explains, “being alive is strange and mysterious, beautiful and often totally unfair. Yes, it’s great to sit and appreciate it but sometimes it’s totally healthy to complain, yell, cry, do some serious thinking about what is even going on here. This record is for those times”.

Musically, this album is something of a departure for Magana, while previously her music was skeletal and sparse, ghostly bedroom pop laced with guitars and electronics, this is a considerably more expansive affair. Recorded largely live, with a traditional rock-band set-up, these tightly-wound angular-songs seem to dance between genres and ideas, each song forming a landscape for Jeni’s vocal to cavort around. It is not a record that is afraid to get heavy, as on the driving indie-rock of No More Friends or the brilliant slacker-rock single, Jenny Don’t Leave, yet equally it is not afraid to embrace more artistic, creative flourishes. Who Am I, brings a jazzy, Mothers-like flourish to its tale of a very angry ageing, “where are my children? Did they leave me here to wither and die? I am not willing to go, where is God and who am I?”, while the woodwind-led number, Trouble and I, brings to mind Andy Shauf, in it’s almost theatrical tale of our old friend trouble, who “always finds me, trails me like a shadow wherever I go”.

Amidst all the creativity, there are moments too which eschew musical complexity for something more direct and compelling. Quite possibly the record’s finest moment arrives early on, with the spell-binding, Face In A Locket. Atop a backing of fluttering, tremulous guitars, Jeni tells a tale of loneliness and lost connection, “left alone but not forgotten, I keep your face inside a locket, but it seems cruel how life unfolds, just tell your friend you’re coming home”. Particularly wonderful are the layered backing vocals, simultaneously rhythmic and melodic, they sound like shadows of memories, dancing inside Jeni’s head, trying to escape and be heard. The track slowly builds throughout, so subtly you barely notice it grow until it reaches a crescendo of distorted guitar, chiming keys and crushing, engulfing drums.

The album’s de-facto title track, Morning Person, is also it’s sprightly centre-piece. The track is driven by a racing drum-beat, accompanied at different moments by jagged Cate Le Bon-like guitars, galloping piano chords and in the brilliant chorus, gorgeous swells of horns reminiscent of Natalie Prass. Throughout there’s a brightness to the track that seems to contrast the questioning lyrical content, “sometimes I say that I’m sorry when I’m not, and we think to ourselves it’s way too hard. Sometimes you tell me we’re lovers, but you aren’t”. Despite that implication of a doomed romance, there’s a suggestion that it keeps drawing Jeni back in, “we can work it out, when the sun is down, we don’t need a light, and if you are not a morning person, we can live at night”. Even in the proclamation of hope, there’s a sense of clinging on, of compromising too much and thinking of yourself too little, if someone isn’t willing to share the morning, perhaps you shouldn’t settle for the night.

The record concludes on the bruisingly sad, Stay A While. Atop a meandering keyboard that sounds almost like a fairground organ, Jeni tells a tale of falling hopelessly in love that finds her pleading, “say you’ll stay a while, say you won’t leave me”, despite the fact she knows it’s not reciprocal, “I’m falling head over heels for you, I only dream that you’d love, love me too”. If that all sounds a little hopeless, with the woozy brass and tumbling drums, it takes on an almost creepy air, with the stomped percussion sounding like doors slamming shut in the face of her hopes for a brighter future.

While it might start at The End, ultimately, You Are Not A Morning Person is a record about the journey, rather than the destination. A reflection of a life being led, channelling both the music and the stories of its creator, the sounds she has heard, the people she has met and the places she has seen. Magana’s debut album more than lives up to our sky high expectations, give it some time and it might just be one of the finest albums you hear all year.

You Are Not A Morning Person is out now. Click HERE for more information on Magana.

Processing…
Success! You’re on the list.
Whoops! There was an error and we couldn’t process your subscription. Please reload the page and try again.