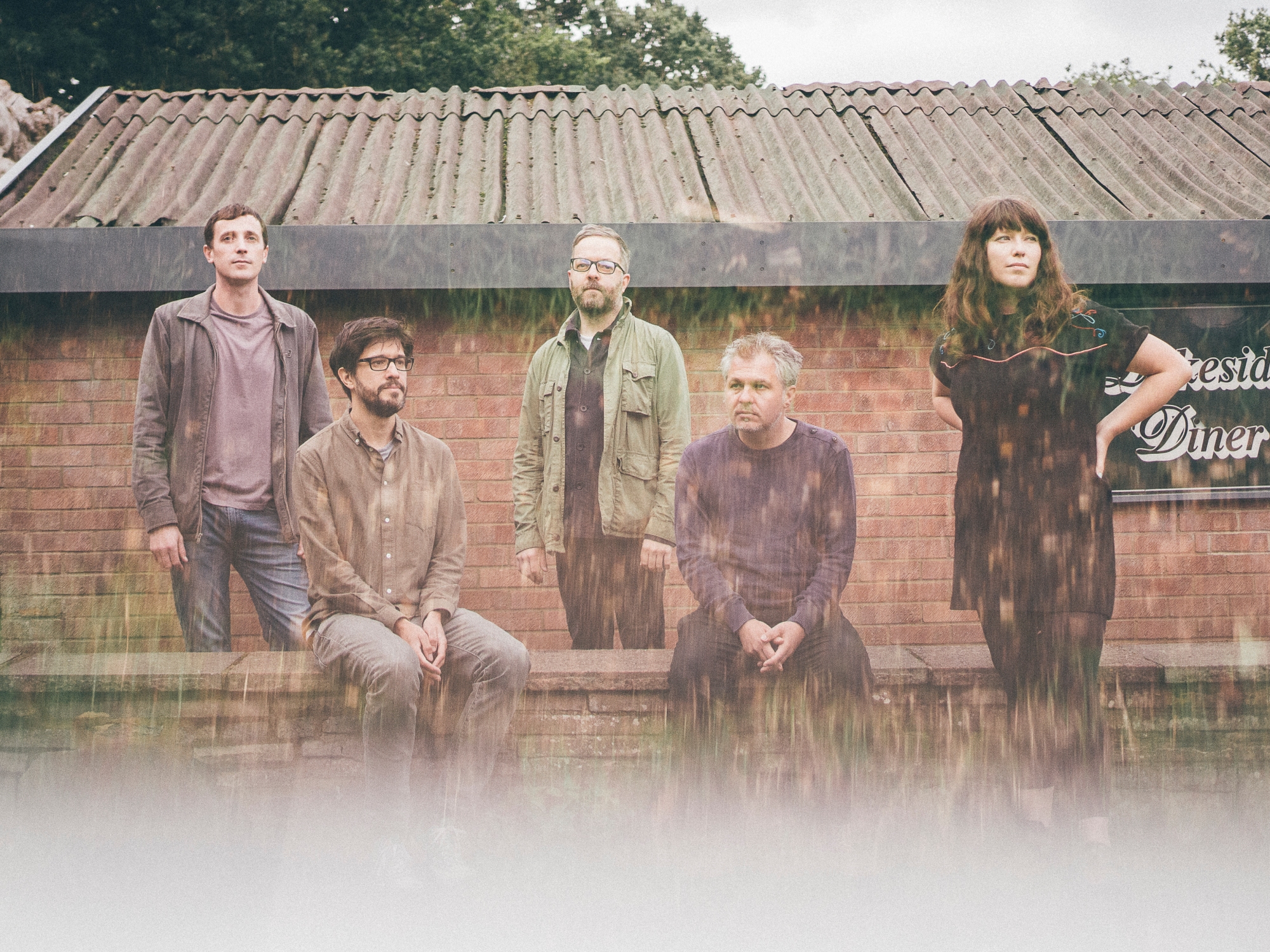 London-based songwriter Laura Fell first came to our attention back in August with her debut single, Bone Of Contention. The first taster of her upcoming album, Safe From Me, out next month on Balloon Machine Records, the track was a hugely well-received debut, that had critics clambering to declare Laura one to watch. This week, Laura has treated us to the second snippet of the album, in the shape of her new single, Cold.

A song about, “the vulnerability of entering into a new relationship”, Cold grapples with the balancing act of opening yourself up to emotional possibilities, whilst fearing the sense of rejection that comes with sharing too much too soon. The track enters on an ominous, prominent bass-line, which we’re quite possibly alone in thinking sounds like a much more ominous version of Summer Nights from Grease. From there, spooky Tom Waits-like percussion creeps in from the shadows while Laura’s rich, bassy vocal sings of, “little secrets of mine”, before pleading to the heavens, “good god, be warm to me, when I am cold”. There’s an atmosphere that’s quietly intoxicating within the music Laura makes, it draws you in and demands you listen to every aspect of her vast musical vision: when Safe From Me arrives, expect plenty more to fall for the music of Laura Fell.

Safe From Me is out November 20th via Balloon Machine Records. Click HERE for more information on Laura Fell.

Probably best known as the frontman of Office Culture, Winston Cook-Wilson, already has two solo albums of his own, released as Winston C.W. This week Winston has detailed his upcoming third album, Good Guess, due out in December, as a joint release between Whatever’s Clever and Ruination Record, as well as sharing the record’s fabulously sprawling eight-minute title track.

For his upcoming album, Winston has set out to channel two influences that perhaps aren’t natural bed-fellows, jazz and melancholy. Working with members of experimental Brooklyn trio Scree, the entire album was recorded live and the result is a wonderful blend of improvisation and subtle song structures. Here on the title track, flourishes of loose piano entwine with string-scratching electric-guitars and tumbling runs of double-bass, resulting in something that sounds like the untapped middle ground of the Keaton Henson and Josh T. Pearson. Across its eight minutes, the track takes in an array of moods, at times huge swells of distorted sound threaten to lose all semblance of structure, while other moments are sparse and in their own, slightly battered way, rather beautiful. The track sets out to be the, “thesis statement”, for the album, introducing the record’s themes of rudderlessly navigating the modern urban malaise, it is a track that feels troubled, yet despite that, oddly free. The sound of three musicians working in imperfect harmony, Good Guess sounds unlike anything else you’ll hear this year, and as result is a compelling introduction to the heights that Winston C.W.’s new album might just take us to.

For Katy J Pearson, her debut solo album is also in some ways, a second chance. Katy previously made music alongside her brother, the duo’s project sadly falling foul to the pressures of life on a major label. Katy spent the next two-and-a-half years between her flat in Bristol and her parents house in Gloucestershire working on the songs that would become her debut solo album, Return. The record will arrive next month via Heavenly Recordings, and this week Katy has shared the latest track to be lifted from it, Something Real.

Working with acclaimed producer Ali Chant, Something Real is a luxurious slice of ambitious folk-rock, as driving guitars, drums, string and brass all serve to create a bed beneath Katy’s stunning vocal, combining the country-overtones of Holly Macve with the pure shimmering joys of Stevie Nicks. Katy has spoken of Return as feeling like a record where she embraced her own creative instincts, channeling the country-sounds she loves into something considerably more akin to her West Country upbringing. In trusting her own innate abilities, Katy J Pearson seems to have taken her music to a new level, it might be a second coming, yet Return feels like the sound of a star being born.

2. We’ll Give You Thirteen Good Reasons To Listen To Esther Rose

As the songwriter behind one of our favourite albums of last year, we were always going to be intrigued to see where Esther Rose’s music went next. Last year’s You Made It This Far was a collection of country songs for the modern world, a record that embraced the beautiful sounds of the country genre, and re-imagined their lyrical content into the world of a 21st century woman. After the charming My Favorite Mistakes EP, released back in May, this week Esther has shared a brand new single, Thirteen. The track is released as part of Lemondrops, a monthly single series curated by Lemonade Records.

Thirteen came to Esther in something of a fever dream, as she explains, “I was sicker than I’d ever been. I wrote Thirteen when my fever was peaking. I was delirious and alone”. The chaotic nature of her illness sent Esther spiraling back to her teenage years, recalling fears that Y2k would cause an international disaster, and how the real apocalypse, “started in November ‘00 when GWB Jr. was elected to be the next president”. The track reflects the world those of a similar age were born into, how despite dealing with a global pandemic and, “an election cycle with another fascist candidate”, Esther’s generation, “are not actually surprised by this dystopian nightmare“. Set to a backing of sprightly country-licked guitar and a driving 60’s pop drum beat, Esther sings, “we’re the lost generation, we just didn’t know it yet, we’re hopeless, hopeless“. Perhaps though, that’s just the fever talking, as Esther notes an entire generation are rejecting that idea, refusing the cultural conditioning that says we are hopeless, and embracing a new politics that offers real social change, together we can keep banging at the door and soon, like it or not, they’ll have to let us in.

Thirteen is out now via Lemonade Records. Click HERE for more information on Esther Rose.

1. Get Trapped On A Small Island With Firestations

Although they first appeared back in 2014 with their debut album, Never Closer, London’s Firestations came to the attention of a wider audience with their 2018 album, The Year Dot. Released through the acclaimed Lost Map label, The Year Dot was a record laced with everyday eeriness, the struggles of normal people trying to exist in an extraordinary world. After a brief aside into very long songs, courtesy of the seventy-seven minute long Dream Home released through wiaiwya, the band are now building up to a more traditional return with their new project, Automatic Tendencies. A series of three EPs, Automatic Tendencies will be released over the next six months, with the first one landing next month on Lost Map. Ahead of that the band have this week shared the first track from the record, Small Island.

Discussing the new EPs, the band have suggested the tracks explore the multi-faceted idea of identity, and how it ties into ideas of belonging, progress and escapism. In the case of Small Island, the band tackle our national psyche with a broad-brush, as the band explains it’s, “about finding ways to embrace an inclusive islander mentality when the dominant narrative seems to be stuck in slow motion or on repeat”; the word Brexit might not be referenced directly, yet its influence undeniably lingers. Musically, the track has a certain languid-groove, recalling the likes of The Beta Band with shuffling drums, wonky electronics and lush two-part vocal harmonies, chiming out in unison, “we were promised tomorrow sooner, but the past is taking over, the future is so familiar, it’s coming round again”. As a nation, perhaps even as a world, we’re all divided on certain battle lines, at the heart of most of those divisions is the idea of progress, those who want to live on past glories and narrow national borders, and those willing to embrace our increasingly globalised world. Firestations might despair at the spectre of the past looming back into view, yet they offer an alternative, a brighter tomorrow where their plea, “just let me be myself”, is met not with a shrug but a welcoming embrace. Firestations’ Small Island might be a fiction, should it ever come to light, we’ll be asking where can we sign up?

Automatic Tendencies is out November 6th via Lost Map. Click HERE for more information on Firestations.