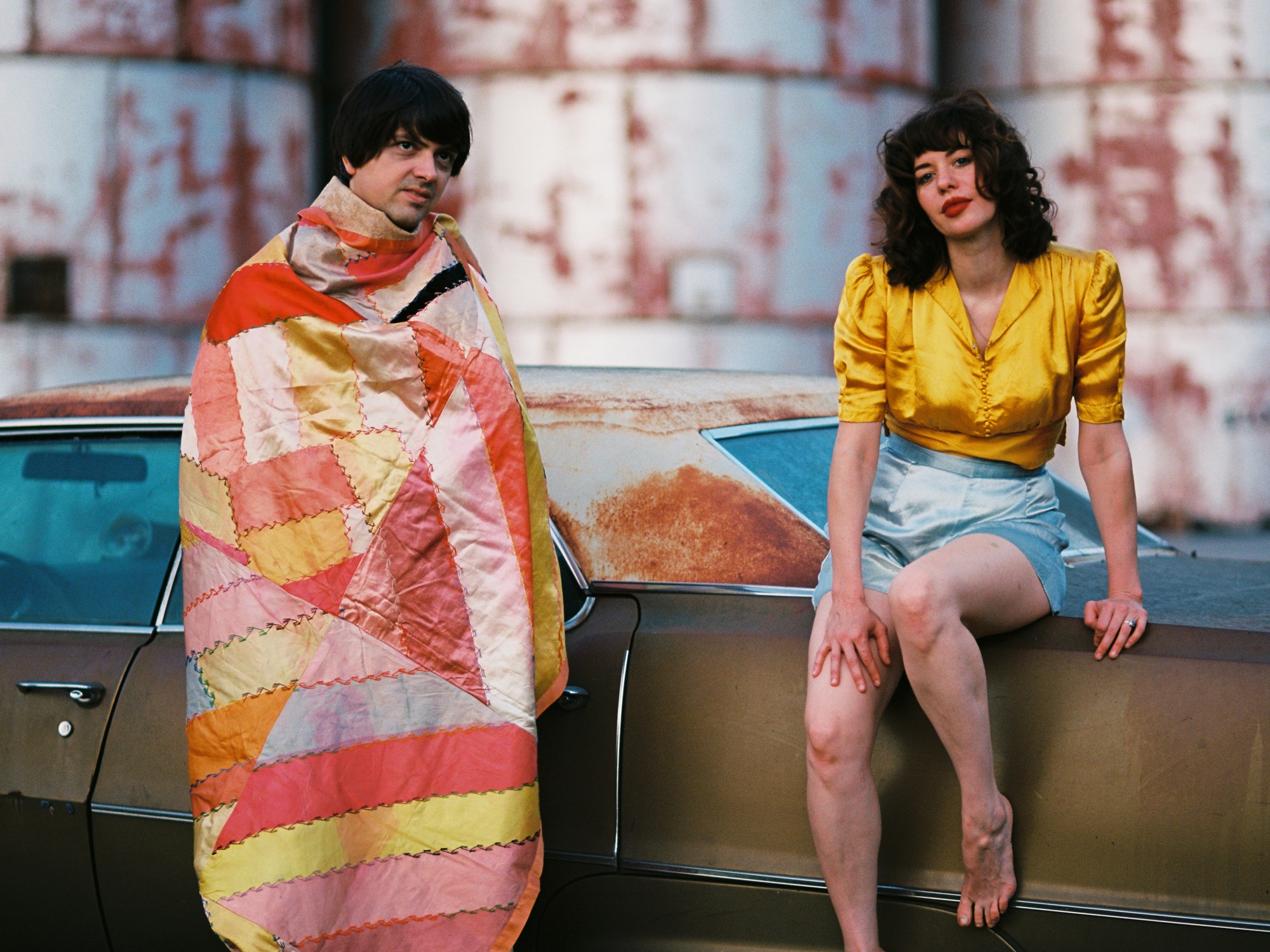 5. We Have A Feeling You’ll Like The New Anna McClellan Track

Back in September, Anna McClellan appeared on these pages, when she detailed the release of her upcoming album, I Saw First Light. Fittingly that album will ‘see the light’, next week, when it arrives on Father/Daughter Records. Further whetting appetites ahead of the release, this week Anna has shared the latest single from the album, Feel You.

Originally penned under the working title, The Opposite of Intellectualizing, Feel You is a song about learning to trust your gut, as Anna explains, “I’ve been working for the last years to exist less in my head and more in my body. This song is an ode to that work and all the results it manifests“. Musically, the track see’s the Omaha native cast-off some of her more gentle tendencies, embracing a loose, gritty guitar-led quality, the focus shifting from bedroom introspection to a live sound, as Anna and band slide into the sort of perfect unison that only comes with life spent on the road. Lyrically, the track fuses a certain tactile quality with a winning sense of freedom, “I wanna feel you, let our hands touch and fingers intertwine, no overthinking, not like I did all those other times. It’s the end of the world as we know it and I feel just fine”. This is the sound of liberty from your own mind, of casting aside the doubts and embracing the thrill of scaring yourself, as Anna sings at the song’s close, “be like that of the sparrow just learning to fly”, on this evidence her star is soaring.

I Saw First Light is out November 20th via Father/Daughter Records. Click HERE for more information on Anna McClellan.

4. Feeling Down? Jeremy Tuplin Will Get You Smiling

It was only back in August that my favourite modern troubadour, Jeremy Tuplin, released his fabulous new album, Violet Waves. Wasting no time the London-based songwriter has this week detailed his next move, with a new EP, Happiness, due out next month via Trapped Animal Records. The announcement was accompanied by Jeremy sharing the record’s title track.

Musically, the track feels like a natural progression for Jeremy’s music, a perfect strut of a lead-guitar, accompanied by the steady patter of drums and delightful backing vocals that have an almost Motown shimmer. As with much of Jeremy’s music it almost feels like there’s a party going on yet Jeremy is paying it no mind, like a film where the world is swirling around our protagonist, as if life is always happening somewhere else. Lyrically, it’s a lament to lost hope, as he sings, “happiness doesn’t exist, not the way that I thought it did, I watched happiness walk out in a sequin dress”, and looks back on his younger days when he still had faith better times were just around the corner. A surprise return from one of the finest artists of recent years, Happiness might just be a fleeting aside in the story of Jeremy Tuplin, yet make no mistake, it’s definitely one well worth exploring.

While understandably, many bands seem to have spent most of 2020 putting plans on hold, Cardiff bedroom-pop project Rosehip Teahouse seem to have done the opposite. Back in August they released the excellent cassette EP, Chillin In The Void, and the quintet have wasted no time in getting another release out, as they build up to the December release of their new EP, Fine. Ahead of that, this week the band have shared their new single, Summer Sleep.

Written back in 2016, Summer Sleep is a song of unrequited love, set to a gentle buzz of keyboards, lush shimmers of guitar and, towards the songs end, even an unusually tasteful blast of New Romantic-referencing saxophone. Atop that deliciously dreamy backing, front-person Faye Rogers vocal remains as mesmerising as ever, ringing every ounce of emotion out of each heartbreaking lyric, “I woke up to your face and it looked so soft and I wanted to cry. You moan in your sleep and I’ll always know it’s for her and not for me”. The whole thing plays out in well under three minutes of gentle beauty, on this evidence Fine might just win the award for the year’s most understated title.

It has been two years since Falcon Jane appeared on these pages, that was around the release of her excellent single, The News. Now two years on, the Ontario-based project lead by lead-singer Sara May are gearing up to share their new album, Faith, out today on Darling Records. Ahead of that release, this week Falcon Jane shared their brand-new track, Feelings.

A song about, “letting go of the past in order to pursue a new future”, the track feels like a rekindling, the sound of someone remembering that love and hopefulness can go hand in hand, as Sara sings, “we’re blinded, we’re not finding any reason why we shouldn’t believe”. The whole thing is set to a backing of percussive piano chords and the most ridiculously wonderful guitar line, all easy meander with a touch of guttural blues. Despite the luxurious surroundings, as always it is Sara May’s vocal that commands the most attention, its one of those voices that seems almost balletic, the vocal melodies a winning blend of complexity and effortless grace. Sara has spoken of the record as an attempt to get to know herself, breaking down the boundaries of her own introspection and laying her truth out for the world to enjoy, in doing so she’s created a record that’s really rather magical.

Faith is out today via Darling Records. Click HERE for more information on Falcon Jane.

1. Tele Novella’s Music Will Really Stay With You

Hailing from the musical hot-bed of Austin, Texas, Tele Novella are the self-described, “medieval outsider country”, duo of Natalie Ribbons, who owns a vintage shop, and Jason Chronis, who collects rare records. The pair came together when they were both working on separate music projects, and then embraced the joys of working together. The band are currently building towards the release of their second album, Merlynn Belle, out in February next year on Kill Rock Stars, and this week shared their new single, Words That Stay.

Recalling the likes of Vera Sola or Tenci, Words That Stay seems to walk the line between gothic spookiness and twanging alt-country, courtesy of Flamenco-influenced guitars, handclap percussion and distant flutters of piano. Despite being a lament to a mysteriously missing friend, the whole thing has a distinct danceable quality, you can almost imagine stumbling into a back-street bar in Southern Spain, and finding Natalie, castanets in hand, strutting her stuff, in her best elegantly funereal attire. The music of Tele Novella has that magic quality of not really quite sounding like anyone else, there’s recognisable touching stones yes, yet ultimately this is a uniquely beguiling sound entirely of their own, charming, creation.