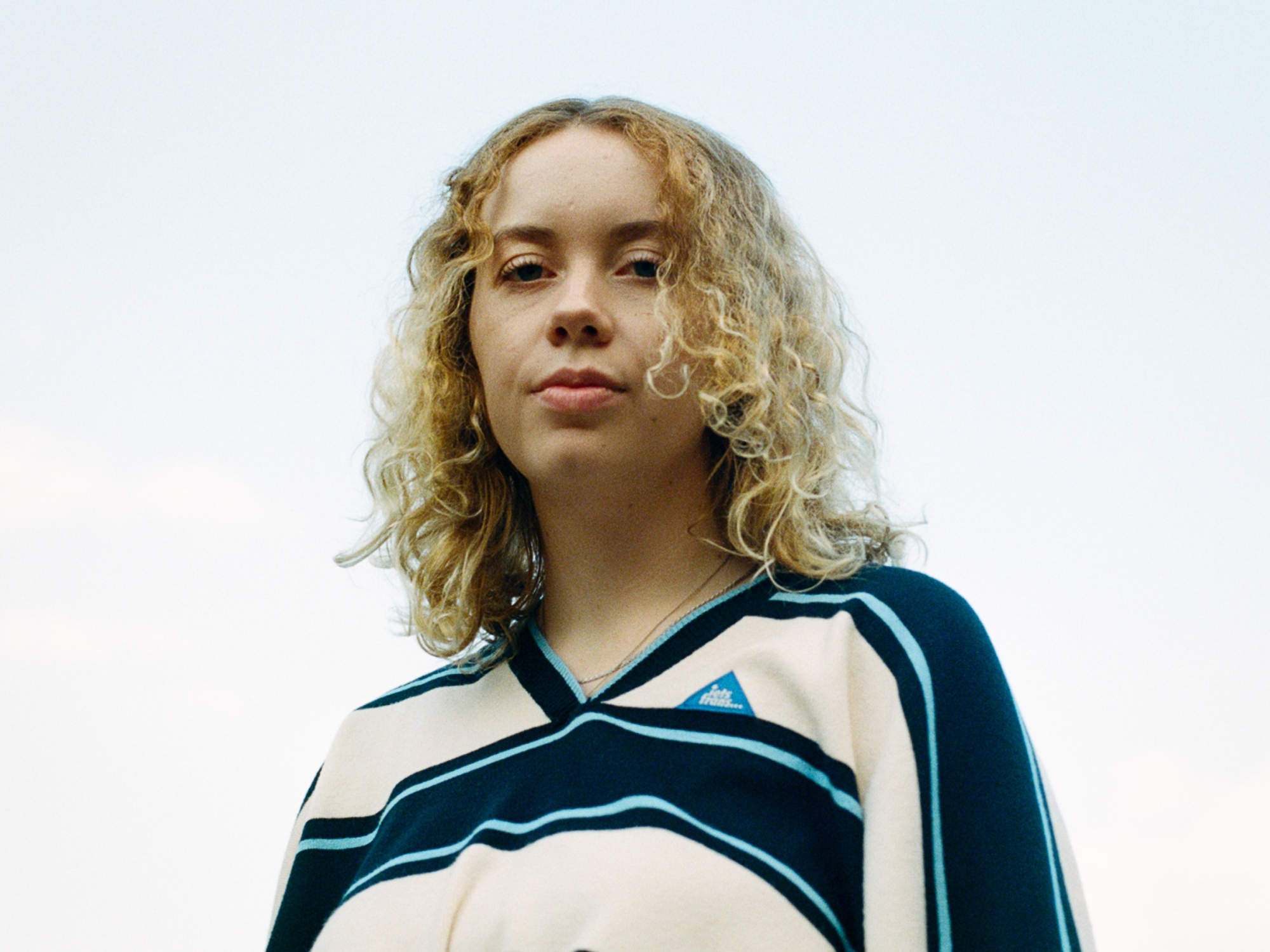 5. The More Of Yumi And The Weather I Hear The More I Believe

Yumi And The Weather is the musical pseudonym of Brighton-based vocalist, multi-instrumentalist and producer Ruby Taylor. The project first burst onto the scene back in 2013 with the acclaimed debut EP, All We Can. The subsequent seven years have seen Yumi head out on tour with British Sea Power, perform at a number of festivals and gather heavy radio support from a variety of outlets. With a new EP, Some Days, out on Small Pond Records next month, Yumi has this week shared the latest single from it, The More I Hear The Less I Believe.

While mentioning no particular current UK Prime Ministers by name, Yumi has suggested the track is about, “people who say one thing, but then it turns out to be a load of crap“, a light-hearted reflection of those who say contradictory things and how that erodes any faith you have in their words. This is set to a musical accompaniment of sprightly guitar-notes, rapid tumbles of snare drum and easy, warm vocals, the whole thing coming together as a beautiful slice of bedroom-pop sure to appeal to fans of Soccer Mommy or Alvvays. Through a year of ups-and-downs, Yumi And The Weather seem to have gone from strength to strength, when the Spring breaks and a sense of normality returns, they might just be well placed to make a really big splash.

Some Days is out December 4th via Small Pond Records. Click HERE for more information on Yumi And The Weather.

4. I’m Seeing Something In Buck Meek

Pareidolia is the tendency for incorrect perception of a stimulus as an object, pattern or meaning known to the observer: it’s also the new single from Buck Meek. The track is lifted from Two Saviors, the upcoming solo album from the man who you probably already know as the guitarist in Big Thief. The follow up to 2018’s Buck Meek, Two Saviors will arrive in January on the consistently excellent Keeled Scales.

Discussing the inspiration behind the track, Buck has been quick to talk up the joys of pareidolia, of how we shape clouds into pictures, form the shapes of nature into recognisable human form, and how we should embrace that, as Buck puts it, “the physical world is inherently limited, but our minds take every possible opportunity to transcend”. Although a solo album of sorts, Two Saviors was recorded with a small band of musicians in New Orleans, near the banks of the Mississippi River, with everything recorded live, attempting to capture the, “human energy of a first take”. On Pareidolia, this manifests as a slice of front-porch Americana, Buck’s distinctive vocal twang accompanied by meandering Rhodes-like keyboards, steady brushed drums and lithe strums of acoustic guitar, as he sings of visions in the sky and past events that flicker in his memories. Whether solo or as part of Big Thief, any record Buck Meek touches seems to sparkle with the presence of life being led, a chronicler of the world around him, he exists in the great tradition of folk-music and on the evidence so far, Two Saviors is shaping up as the latest brilliant chapter in his increasingly stunning encyclopaedia.

3. I’m Just Off To Meet A Pal(berta) Round The Corner

Although relatively newly available on UK soils, the New York-based trio, Palberta, have been making increasingly big splashes in the US since back in 2013, culminating in 2018’s breakout fourth album, Roach Going Down. Following that success the band opened for Bikini Kill at their 2019 Brooklyn show, and were all set for a European tour before the Covid-19 pandemic hit. Instead of resting on their laurels, the band completed plans for their upcoming album, Palberta5000, which will arrive in January on Wharf Cat Records. This week the band shared the latest track from the record, Corner Store.

A song that lives up to its name, Palberta explain the song is about, “strolling to the corner store, a sacred place we all know and love, on a Sunday afternoon to meet your friend and you see them on the front of the Sunday Times“. While I can’t say that’s ever happened to me, we probably all experience moments where we suddenly see someone out of context, and see them in an entirely new light. With recording sessions fuelled by carrots, celery, radishes, and peanut-butter-and-jelly bagels, Palberta’s sound has never sounded quite so polished, building from an opening bass-riff, the track takes in all the spirit of punk and blends it with some of the finest close harmonies we’ve heard all year. This feels like a band hitting their stride and marking themselves out as strong contenders to be one of 2021’s breakout stars.

Palberta5000 is out January 22nd via Wharf Cat Records. Click HERE for more information on Palberta.

Originally from Brescia in Northern Italy, and now based out of Manchester, Julia Bardo has had a busy year, releasing Phase, an EP of her own music back in March, before following that up with a covers record, The Raw EP, featuring her takes on tracks by LCD Soundsystem, Silver Jews and Fleetwood Mac. Continuing an unusually productive 2020, Julia has this week shared a brand-new single, It’s Okay (To Not Be Okay).

Described as a contemplative song about survival, self-acceptance and positivity, Julia has suggested It’s Okay (To Not Be Okay) is a, “journey of the self”, a song about learning to be okay with who you are, breaking negative cycles and not letting other people’s opinions weigh down upon you. There’s a beautiful battle for the musical soul of this track, as the delightful vocal harmonies sit in perfect contrast to the deceptively noisy backing, resplendent with driving rhythms and loose Velvet Underground-like guitar clatter. With each new release, Julia Bardo seems to further refine her sound, gradually honing in on something rather magical and uniquely her own.

It’s Okay (To Not Be Okay) is out now via Wichita Recordings. Click HERE for more information on Julia Bardo.

Based out of Glasgow, Lizzie Reid is a hot-off-the-presses songwriter, who despite only starting releasing her music earlier this year is already making quite the impression. Back in March, working with producer Oli Barton-Wood, Lizzie finished recording her debut EP, Cubicle, just days before the UK-wide lockdown arrived. With the record due out in January, this week Lizzie has shared the latest single from it, Always Lovely.

A song about insecurity, Lizzie has suggested Always Lovely is about, “obsessing with the idea of perfection and worth – whether that be about your physical appearance, your personality or social identity”. It’s a deeply personal track, the song’s lyrical content mirrored perfectly in the intimate musical setting, Lizzie’s swooping vocal delivery drawing you close to the speaker, as if she’s whispering her words directly into your ear. Equally impressive as the jaw-dropping vocal, think the poise of Laura Marling and the emotional depth of Black Belt Eagle Scout, is the brilliant guitar-playing, it has a visceral, physical quality, chords hewn straight from her body direct to the tape. If intimacy can often be characterised as a softness, in Lizzie Reid’s music it becomes a strength, an exploration of her experiences and emotions shaped into a personal monument of hope for the world at large, and one that’s very exciting indeed.

Cubicle is out January 22nd via 7476. Click HERE for more information on Lizzie Reid.