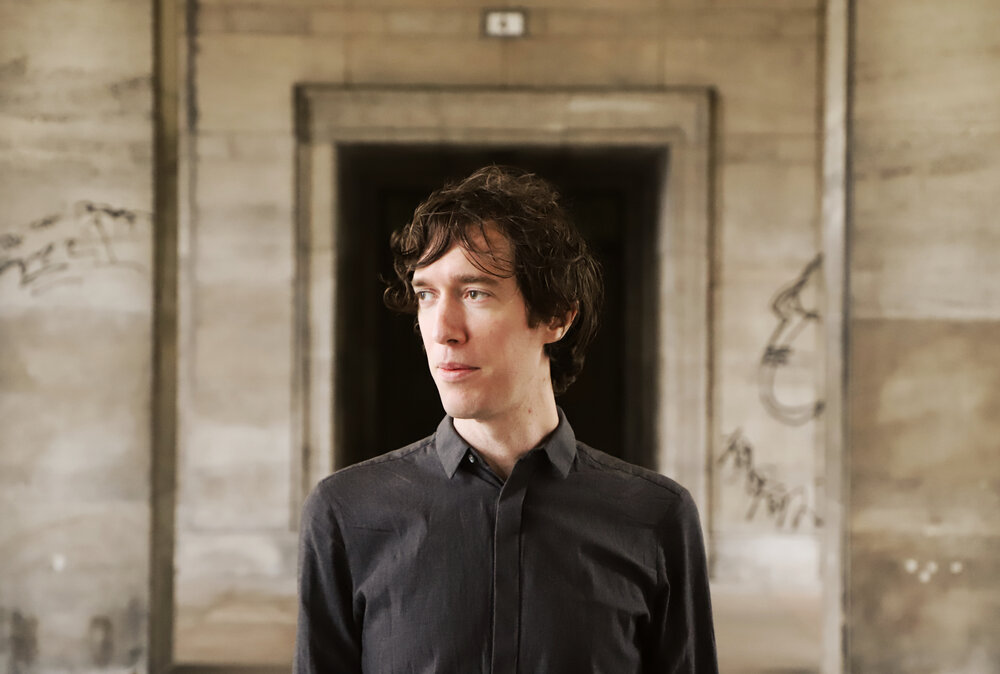 Originally from Dublin, although now based out of Berlin, A.S. Fanning, or Stephen to his friends, has been releasing his solo material into the world since back in 2013, when his previous band The Last Tycoons came to an end. After sharing his debut album, Second Life, back in 2017, Stephen has recently returned with his latest offering, You Should Go Mad, it’s title lifted from Captain Ahab’s faintly ridiculous advice to Perth in Moby Dick, “I am impatient of all misery in others that is not mad. Thou should’st go mad, blacksmith“.

As you’d perhaps expect from the title, You Should Go Mad is a record that is threaded through with themes of mental illness and anxiety, starting with, “a sort of existential dread and anxiety“, which, “gets increasingly chaotic and agitated as the album goes on, but ends up resolving into something more reflective”. Across the record, Stephen presents his missives through a variety of styles, taking in influences of gloomy 1980’s electronica, bright folk-rock and on the excellent title track, a particularly lovely blend of Birthday Party-like goth-rock and The Doors’ swampy-psych. Throughout, this eclectic genre-blending record is pinned together musically by Stephen’s vocal; a rich baritone, sat high in the mix, hovering above the musical backdrops like an all-seeing deity, passing comment on the world as he sees it. This welcome return for A.S. Fanning is a record that’s both familiar and in its own way quite unlike anything you’ll hear this year, and there are few more exciting places for music to exist than that.

FTR: For those who don’t know who is A.S. Fanning?

I’m a singer-songwriter from Dublin, Ireland but have been living in Berlin for the last number of years. I’ve just released my second LP, ‘You Should Go Mad’ a couple of weeks ago, and am currently trying to maintain my sanity during lockdown, with mixed results.

My first ever gig was in a pub in Sligo in the north-west of Ireland when I was 12 years old. Myself and my friends had started a band but they wouldn’t let us play in pubs in Dublin because of our age. So through a relative we got a gig opening for a local band up there, where they were a bit more relaxed about these things.
We weren’t very good, obviously, but we dressed all in black and played a lot of Chuck Berry songs, and the crowd was drunk and very encouraging. I remember our drummer didn’t have a full kit at the time. We had seen some promo photos of the Beatles where Ringo just had a snare and hi-hat so we thought that was probably enough, and that’s what we practiced with. We were using the other band’s equipment for the gig though, and I remember hearing a kick-drum for the first time during the soundcheck and my little mind being blown.

I dabble in other stuff, I’d like to do some more writing, maybe some prose of some kind. And I write some poetry occasionally, but it’s usually just as a way of getting ideas out quickly, without paying much attention to the form or structure of them, and then I usually end up taking the bits I like and making a song out of them.
Nothing else really grabs me the way music does. Maybe occasionally a film or a novel, but it’s rare enough. I suppose part of it is just that you develop a language or an understanding of a particular form. To really be able to grasp all the nuance and subtlety, to have a short-hand for all these things, different ideas and suggestions, musically, lyrically and sonically and how they all interact. I’ve never really developed that with any other art form and it takes a lot of time and effort to develop, and I’m quite lazy.

FTR: What can people expect from the A.S. Fanning live show?

It’s no picnic, if that’s what you’re asking. I suppose it’s quite intense at times, but I don’t think anyone who’s heard my music would turn up to a gig of mine expecting some sort of dance party. The band are great and I think sonically we have some interesting stuff happening, I’m trying to develop some visuals over the next few months that hopefully will be an added element by the time gigs are possible again.

FTR: What’s next for A.S. Fanning?

Hopefully some gigs soon. I’m quite cautiously planning some stuff for Autumn of 2021 so we’ll see how that goes. I’m working on a new EP at the moment so hopefully I can get that out by that time as well.

James Holden and The Animal Spirits – Pass Through The Fire

You Should Go Mad is out now via Proper Octopus Records. Click HERE for more information on A.S. Fanning.