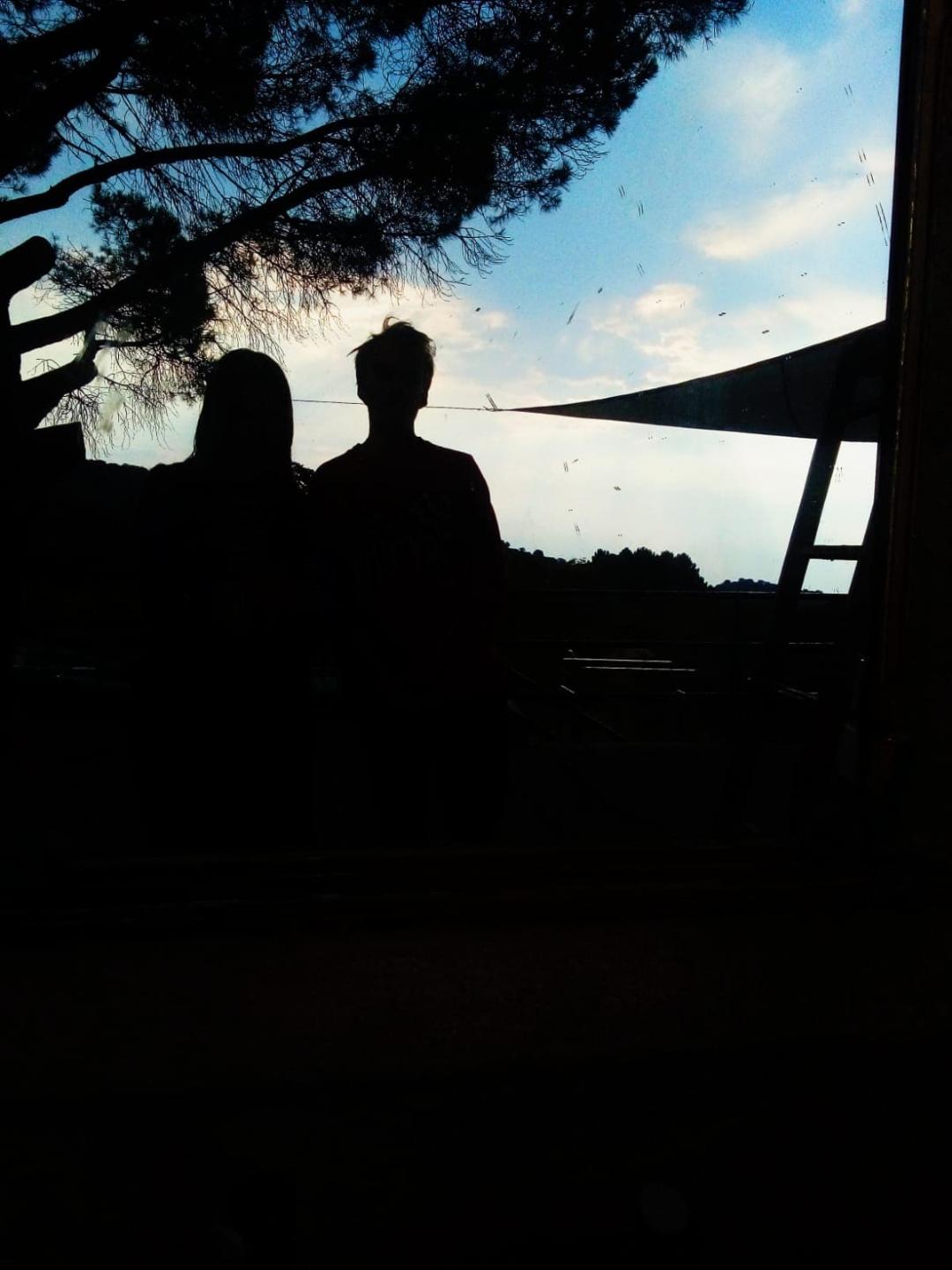 Although currently based out of, “a tiny apartment” in Rome, Permanent Vacation are a duo originally from opposite sides of the Atlantic, hailing from Pittsburgh and the North of England. While we’re all very used to hearing tales of 2020 putting plans on the back-burner, Permanent Vacation’s story is almost the opposite, as they only formed last Summer at the height of the disruption. Wasting no time, the pair quickly teamed up with the Z-Tapes label, and in March this year released their debut mini-album, A Love Song For Everyone.

As you’d perhaps expect for a band who haven’t even been around long enough to play live yet, Permanent Vacation’s sound has a certain bedroom-pop quality, combining the musical worlds of lo-fi folk and fuzzy dream-pop. A Love Song For Everyone opens with the superb Welcomed, where a propulsive guitar-line is joined by twin-vocals and urgent piano flourishes, as the duo explore ideas of how our oldest friendships remain strong even with the passing of time and distance. Elsewhere, Keepsake starts off stripped back before the music grows intensity alongside the songs inherent sense of engulfing loneliness, while the nylon-stringed guitar on Trash Beach adds an almost flamenco-flourish to its tale of, “tiki tourism” and a cities hidden beauty. It’s obviously early days for Permanent Vacation, yet there’s a certain flourish here, a quality that’s audible and exciting, freshly emanating from a bedroom in Rome and out into the world for all us to enjoy.

FTR: For those who don’t know who are Permanent Vacation?

We are a bedroom project with a staunchly DIY approach from Pittsburgh and the north of England currently based in Rome. Generally, we make hazy, folk-tinged bedroom pop. We have a pretty vast range of influences and hope that they shine through subtly in different ways. Our aim is to make heartfelt and interesting music that can be appreciated by as many people as possible.

Due to the project being born in summer last year and live shows not existing at this point, we haven’t had a first show to remember. We’ve done a couple of live streams and sessions and this is something we’re going to try to do more of until we are all less limited.

Chris: I’ve made music since I was 12 or 13 and started bedroom recording for my solo project Lake Michigan at around 16 and it has been an incredibly important part of life since then, it’s both therapeutic and healing and keeps me busy. I’ve dabbled in creative writing and enjoy drawing occasionally but music has always been the thing that stuck.

J: I’ve always liked singing but never called myself a singer. My medium has always been writing. Last spring, these two forms of expression intersected with one another and yeah, here we are!

FTR: What can people expect from the Permanent Vacation live show?

When we do get the opportunity to play live, people should expect cosiness and intimacy. As for live streams, expect us to be chatting, joking and sipping on wine.

FTR: What’s next for Permanent Vacation?

Our first album just came out in March. It’s called ‘A Love Song for Everyone’ and it’s out digitally and on cassette through Z Tapes. We’re very excited about working with them and feel privileged to share a label with artists we deeply admire. Looking further into the future, we’re keen on exploring more pop, soul and jazz influences that we both have while retaining the atmosphere we like about the music we’ve made so far. Obviously we can’t wait to be able to play live too.

Port Lucian – Make It Up

A Love Song For Everyone is out now via Z-Tapes. For more information on Permanent Vacation go to https://prmntvctn.bandcamp.com.