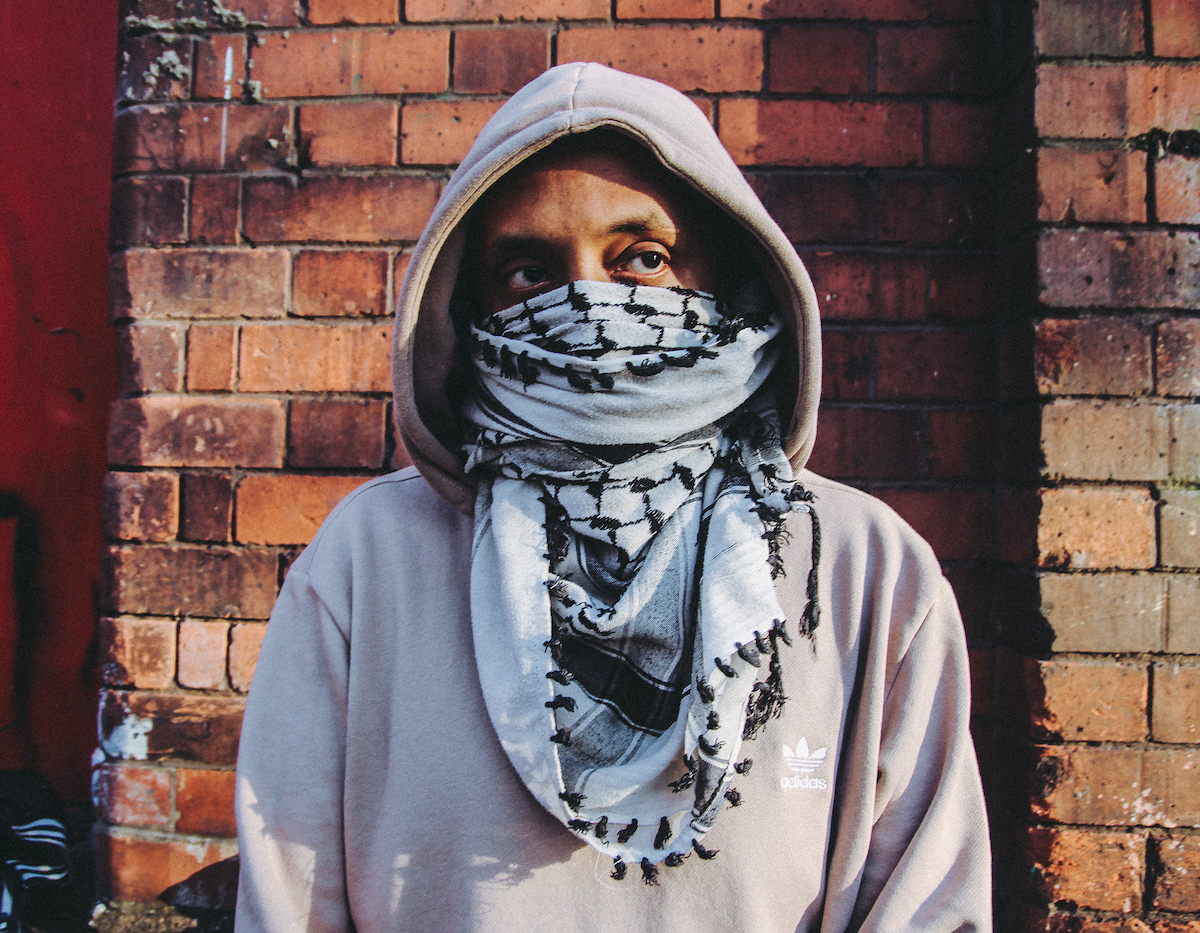 Recently released via Hinterland Creative, Winter of Discontent is the debut album by British/Somali poet, rapper, and neofolk singer-songwriter Knomad Spock. Born and raised in Hull, through his music Knomad seeks to explore the truth of his dual-heritage, of feeling both alienated and aligned to both the UK and Somalia, and how this gives him a unique perspective as an outsider and an observer of the human condition.

Perhaps unsurprisingly, Winter of Discontent is an album writ large with the idea of alienation, through both physical distance and emotional belonging, charting a decade spent travelling the world and living up to the nomadic element of his musical moniker, exploring places from the Middle-East to Thailand, Spain to East Africa. Even making the record had some element of travel and discovery, recorded as it was in a small cottage on an island off the coast of Scotland. The result is an album that’s as musically fascinating as it is thought provoking, described by Knomad as his, “first neo-folk release”, it seems to borrow evenly from different eras of folk’s ever-shifting past, from the lush Nick Drake-like opening track Papillon, through to the fluid Radiohead-gone jazz stylings of Egypt, and the Bob Dylan-stomp of Poles. This is a fascinating record; an exploration of injustice and isolation, of alienation and activism. Knomad Spock set out to show us the the world through his own eyes, and his vision is moving, inspiring and very, very special.

FTR: For those who don’t know who is Knomad Spock?

Knomad Spock is the alias through which I get to collaborate with artists across disciplines and genres – I suppose the constant would be me – a British-Somali poet, rapper and musician – but I work with Jamie Smith on indie-folk, jazz-folk, and a bunch of more avant garde styles; with Stewart Baxter on more trip-hop, punk-hop, and folktronica; with Dan & Mark Richardson on hip-hop. All sorts really!

We haven’t played any gigs yet but the nearest thing to a gig that we’ve done was the Janice Long live session which was a lot of fun! Stewart took three songs from the up-coming release and reimagined them for a live setting. He then put together a band to record the parts and sent me the tracks. I was in Somaliland at the time and didn’t have access to a recording studio so took a drive out into the middle of nowhere and recorded my vocals into voice notes. I had one phone against my ear quietly playing the track while recording into the other phone. I had to turn the AC off in the car and it was boiling. I kept having to switch the car on, get a few minutes of cool air, open the windows a bit to get the stuffiness out, before turning it all off for another take. I don’t know how Stew managed to get the mix sounding so good – I listened back to the files I sent over and they were really poor but voila, the man’s a genius!

I receive art in every artform I can – which in my case is poetry and music. If I could paint, draw, act, cook, build, sculpt – I’d be doing it. I’m trying to disassociate myself from the idea of making anything. I think the idea of being a receptive is far more appropriate in light of my process and experience of art. My role as an artist is to facilitate reception – to be a better listener and absorber of influences – to extend the range of my antennas – to do the soul work that leads to humility; that enables and empowers the receptive and sensory faculties. Music opens the mind to the mystical. It’s a universal language, a mathematics of the soul and a vehicle for communicating human experience. Also, it sounds f*cking great and it’s a lot of fun to make receive.

FTR: What can people expect from the Knomad Spock live show?

I’m a hardcore-punk / hip-hop kid who happens to be making indie-folk. The live shows are going to be lit! The up-coming release includes choirs, brass sections, string sections … so expect an orchestra and an ensemble when we go live. We collaborate with visual artists and we really want to create a memorable atmosphere! We’ve all been in bands before and we appreciate the importance of putting on a great show – the time and planning taken to do something worthwhile. Under no circumstances will we simply rock up and play through the tracks! We need our audience to feel the urgency of the moment. It’s been years since I played a live gig and I’ll be approaching each one as if it could be the last one – because you never know – it could be. Life can be f*cked up like that!

FTR: What’s next for Knomad Spock?

I don’t know if it’s the Covid talking, or part of the black man psyche, or part of the tortured artist psyche but I’m always expecting to pop my clogs – which is terrible for your mental health but the plus side is it keeps you really busy and disciplined! I got too much to do and say and time is of the essence. Right now I’m receiving a sh*t load of music. I’m writing my best bars. Every time I pick up the guitar I’m receiving a riff I want to do something with. Stew and I are sitting on something we both feel is a couple of tweaks and additions from being pretty special! Jamie and I are about 80% of the way there with the follow up to ‘Winter of Discontent’. I’ve got a no-frills acoustic album that I need to record. Dan and Mark are sending me some exceptional samples hooked, cooked and ready for bars! I’m blessed! I feel like I’m in a slip stream of really interesting vibrations and I’m just trying to enjoy the moment before I return to Vulcan.

Greg U – Song For Pete

Bloodhound – Everyone Is My Friend

Winter Of Discontent is out now via Hinterland Creative. For more information on Knomad Spock visit https://knomadspock.bandcamp.com/