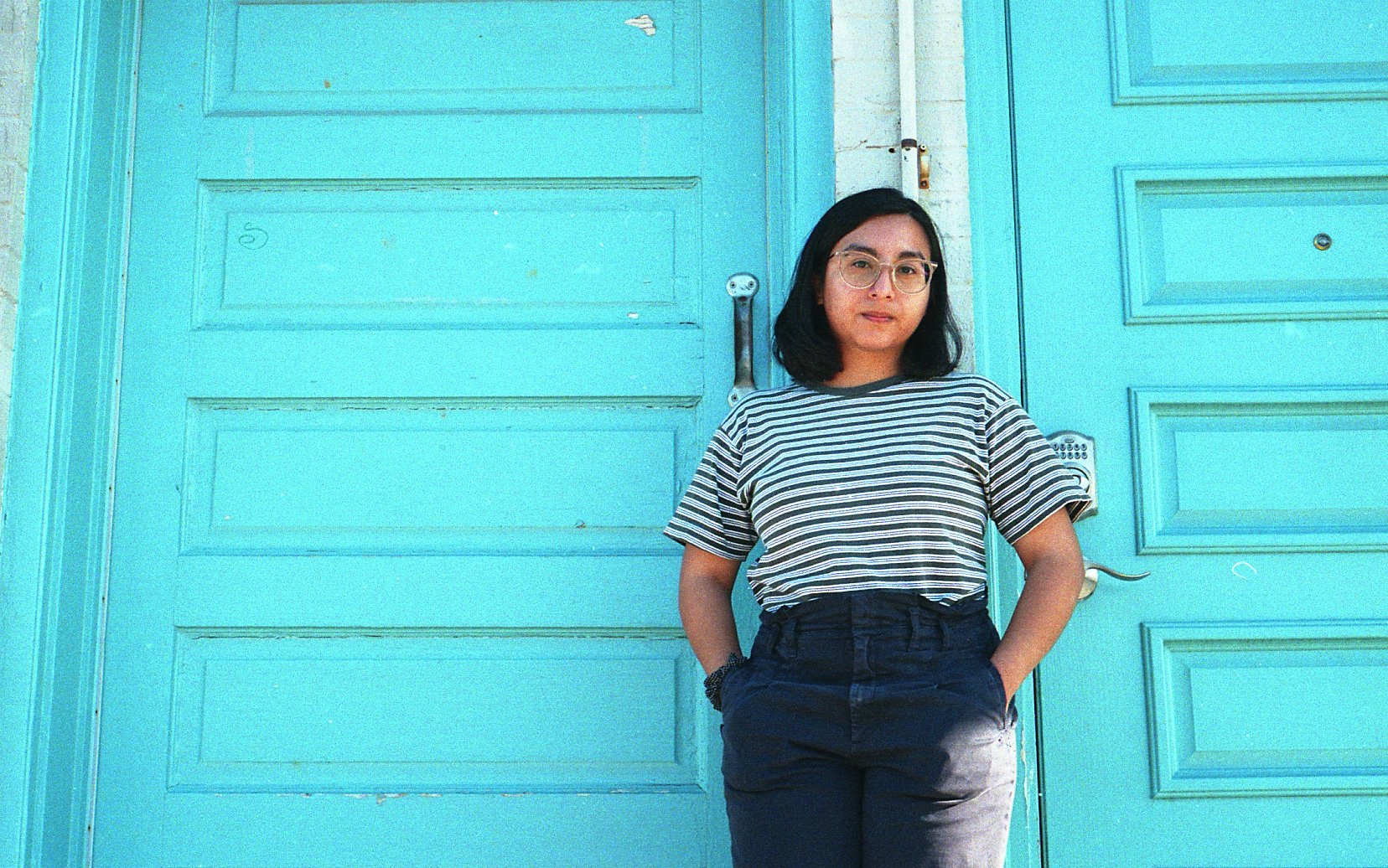 It has been six years since Matthew E. White first came to the music world’s attention with his brilliant debut album, Fresh Blood. Introducing both Matthew and his Spacebomb House Band, Fresh Blood was something of a creeper hit, drawing near-universal acclaim, and making Matthew a very busy man as a result. With Matthew’s varied commitments as a producer, record label owner and all-around creative polymath, the subsequent six years have often seen his own music take a back-seat. With that in mind, he recently set up his own home studio, K Bay, a place to escape the rest of the world and focus in on his own thoughts. As well as his studio, K Bay is also the name of Matthew’s new album, his first solo release since 2018, which follows hot on the heels of his well-received collaboration with the legendary Lonnie Holley. As well as detailing K Bay’s September release, Matthew has this week shared the first single from it, Genuine Hesitation.

Like most of K Bay, Genuine Hesitation was recorded in various studios around the Richmond area of Virginia. Matthew harnessing the varied talents and efforts of his local community to bring his musical vision to life. The record also saw a new and fairly unique approach to recording. Each track was recorded twice, once in a, “more traditional, band-in-the-room, work out the parts and sounds, nail it, kind of way“, and then into a much broader instrumental style. As Matthew further explains, “I had a much larger band (based off of Miles Davis’s On The Corner bands) play this kind of new-music/improvisational piece at the same tempo“. This approach allowed Matthew to cut between the two takes or layer them together to create something that was at times surprising even to himself. In the case of Genuine Hesitation, this led to the twinkling introduction, based on a longer improvised piece, which slowly gives way to more driving traditional band arrangement. The result is a song that seems to exist in an array of genres simultaneously, like LCD Soundsystem playing an old-soul song, with Matthew’s unforgettable vocal grounding the whole thing whenever it threatens to drift onto into the ether. There’s a joyous quality to the track, a celebration of making music, community and their power to overcome whatever the world throws at us, as he sings, “if the music’s playing, Judy’s swaying, lord I’m doing fine”. Keep the music playing Matthew E. White, we need more of this in the world.

4. You Are Now Entering The Haiku Salut Era

It was back in 2013 that I first decided to have a go at writing about music. I wanted to feel inspired again and resume the hunt for new music that was such a huge part of my young adult life. The first band I ever wrote about were Derbyshire’s finest, “dream-pop-post-folk-neo-everything trio”, Haiku Salut. That was back before their debut album, Tricolore, drew acclaim from The Guardian and Uncut, back before their collaboration with Public Service Broadcasting reached number four in the album charts, and back before they were teaming up with the BFI to soundtrack Buster Keaton movies. It would be fair to say they’ve come a long way since then, and this week the band have shared details of their upcoming album, The Hill, The Light, The Ghost, their first new music since 2018’s fantastic There Is No Elsewhere.

As well as detailing their new album, Haiku Salut have also shared the first track from it, Entering. The piece opens with a piano emerging from a fog of background sound, the rapid arpeggiated high-end in contrast to the depth of the bassy-chords below. From that introduction, the track fades into scatter-beat electronics and crashing waves of atmospheric synth before coming out the other end on the back of a reverberating lead-guitar line. Like so much of Haiku Salut’s best music, Entering never stops moving, never stops evolving into the next intriguing musical idea. The band have spoken of the album as, “a study of ghosts and memory”, here you can hear the spirits creeping out of the walls, ancient, haunting and just a little bit playful. Being a natural sceptic, I’ve never believed in ghosts, however, if they all sound this great, I might change my mind.

The Hill, The Light, The Ghost is out August 27th via Secret Name. For more information on Haiku Salut visit www.haikusalut.com.

3. Give Some Love To Girl Ray

Since they emerged back in 2017 with the brilliantly ambitious debut album Earl Grey, Girl Ray have felt much like a band on the rise. Back in 2019, they shared the acclaimed second record Girl, it was an album that saw them put their own spin on a classic pop sound, arguably more influenced by Ariana Grande and Rhianna than any so-called indie artists. This week the band have shared their brand new single, Give Me Your Love, a track described as, “a 7 minute+ electronic odyssey”, that they recorded with Joe Goddard and Al Doyle from Hot Chip.

The band planned the track as an antidote to, “all the awfulness of 2020”, as band member Poppy Hankin explains, “it was important to us that it sounded optimistic and hopeful; a song for future summers where people can dance and enjoy music together once again”. The track came about on the last day of their sessions at Brick Lane Studios, when the band unearthed an old demo of, “a slightly house-leaning song”. The result is a considerably more fleshed out version of the track, made with steel drums and, “a mountain of synths”. Give Me Your Love starts with an almost choral flourish, as distant vocals are adorned with choppy piano-chords and xylophone before the whole thing takes an about turn with the arrival of the pulsating bass-synth, which channels the spirit of The English Riviera-era Metronomy. The following seven minutes are an absolute delight, a joyous blast of technicolour synth-pop that’s perfect for the long hazy evenings soon to come. If we actually get a “normal” summer this year, Girl Ray might just have written the perfect soundtrack.

Give Me Your Love is out now via Moshi Moshi. For more information on Girl Ray visit https://www.girlray.co.uk/.

Supermilk is the musical project of the former Doe drummer, Jake Popyura. Writing and playing music since he was just seven years old, Jake hasn’t really known a life outside of making music. Supermilk began back in 2017 as a vehicle for Jake’s own songwriting and really came into focus after Doe called it a day in 2019. Jake’s debut album, Death Is The Best Thing For You Now, arrived to plenty of acclaim in 2020, showcasing a winning blend of post-punk and fuzzy pop that coincided with Jake’s transition to playing with a live band. Now, just fifteen months later, Jake is gearing up for the release of his second album, Four By Three, which will arrive in July on the Specialist Subject label.

Ahead of Four By Three’s release this week Jake has shared the latest track to be lifted from the album, Cease To Exist. In many ways, Cease To Exist is Jake’s take on a pandemic anthem. A musing on, “the global feeling of powerlessness experienced as the pandemic began to unfold at the start of last year, as well as the shared anger and frustration of watching our governments downplay the severity of the virus to catastrophic effect”. Musically, this is Supermilk at their most direct the track arriving on a cornucopia of urgent guitar-lines, before Jake’s yelped vocal arrives, somehow matching the musical intensity as he spits his lyrical truth. The words seem to come out as a tumble of rage and disappointment, questioning whether our politicians have even opened their eyes to the depth of the problems, “I hope that you’re awake cos they need you now, they need you now more than ever before”. Already Four by Three feels like a big step forward for Supermilk, a life-long musician who continues to hit new heights with every release he puts his name to.

Four by Three is out July 2nd via Specialist Subject. For more information on Supermilk visit https://supermilk4u.bandcamp.com/.

A native of Dallas, Texas, Alex Montenegro releases music under the musical moniker of Skirts. Growing up surrounded by music, it was while working at a local record store that Alex discovered the local creative community and found the confidence to start making her own music. A home-recorded EP, Almost Touching, took her out on the road playing with the likes of LVL UP and Snail Mail. Three years later, Alex is gearing up towards the release of the debut Skirts long-player, Great Big Wild Oak. The album is out next month via Double Double Whammy, and this week she shared the first single from it, Always.

The first song that Alex wrote for Great Big Wild Oak, Always, went through several incarnations before reaching its final recorded form. Musically, Always seems to exist at the meeting point of all sorts of genres; the multi-tracked, draw-you-in-close-to-make-out-the-words vocals are pure bedroom pop, while the swirling layers of guitars are unadulterated alt-country and the drums have an almost jazzy-flourish. Alex has suggested the track is inspired by late-night drives, winding her way, “through the city being stuck at a light and deep in thought“. The track certainly has an insular kind of thoughtfulness, as Alex pulls apart what went wrong in a previous relationship, before settling on a hopeful vein of acceptance, “can’t always be the right one for them”. As a statement of intent, Always just marked Skirts out as one of 2021’s most exciting new voices.