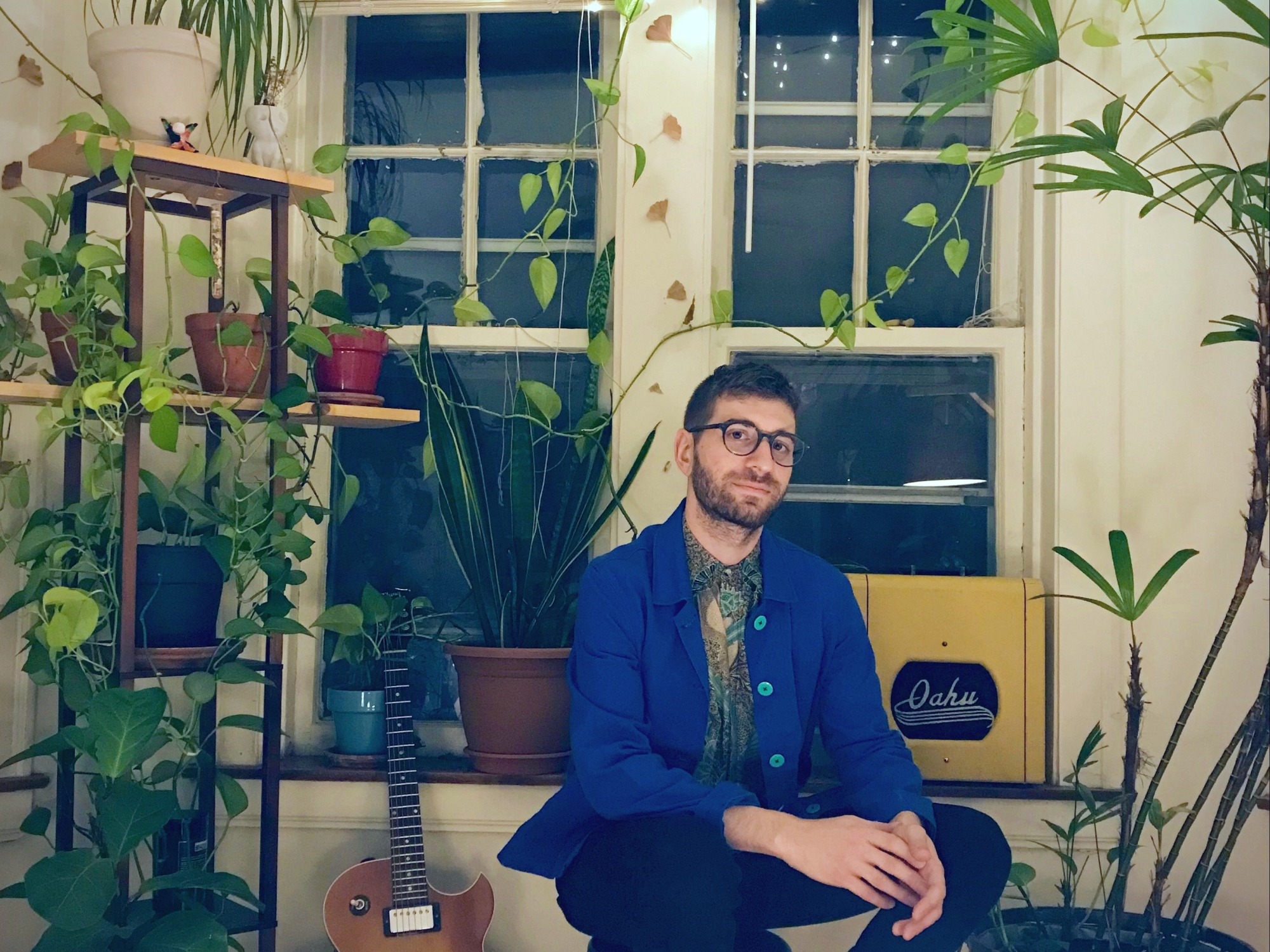 A guitarist and songwriter from Chicago, Illinois, Matt Gold is probably best known for his collaborative efforts, playing jazz guitar for the likes of Makaya McCraven and Jamila Woods. Alongside performing on other people’s records, Matt has also shared his own solo work, as well as performing with the musical projects Sun Speak and Storm Jameson. Lifting its title from Leonard Cohen’s Bird On A Wire, Matt’s next release is Midnight Choir, due out in April via Ruination Record Co. Today Matt’s premiering the first single from the album, Coming Up Shy.

Midnight Choir’s opening track, Coming Up Shy is also a fine introduction, the track centres on a fuzzy, meandering guitar-line that’s a constant presence throughout, alongside the steady drive of the drums and Matt’s easy vocals. While they’re mixed relatively low, there’s a warmth to Matt’s voice that draws the listener in, reminiscent of Jonathan Wilson or Wilco’s Jeff Tweedy.

This feels like an exciting moment for Matt Gold, a seasoned musician pulling the disparate threads of his musical past together into something entirely his own. After recalling the drunks in the midnight choir, Leonard Cohen sang, “I have tried, in my way, to be free”, a reflection of both a desire for individuality and an inability to escape your place in the wider society, here Matt Gold captures both. A record made in isolation by a master collaborator, these opposing forces make for a record that’s the best of both worlds.