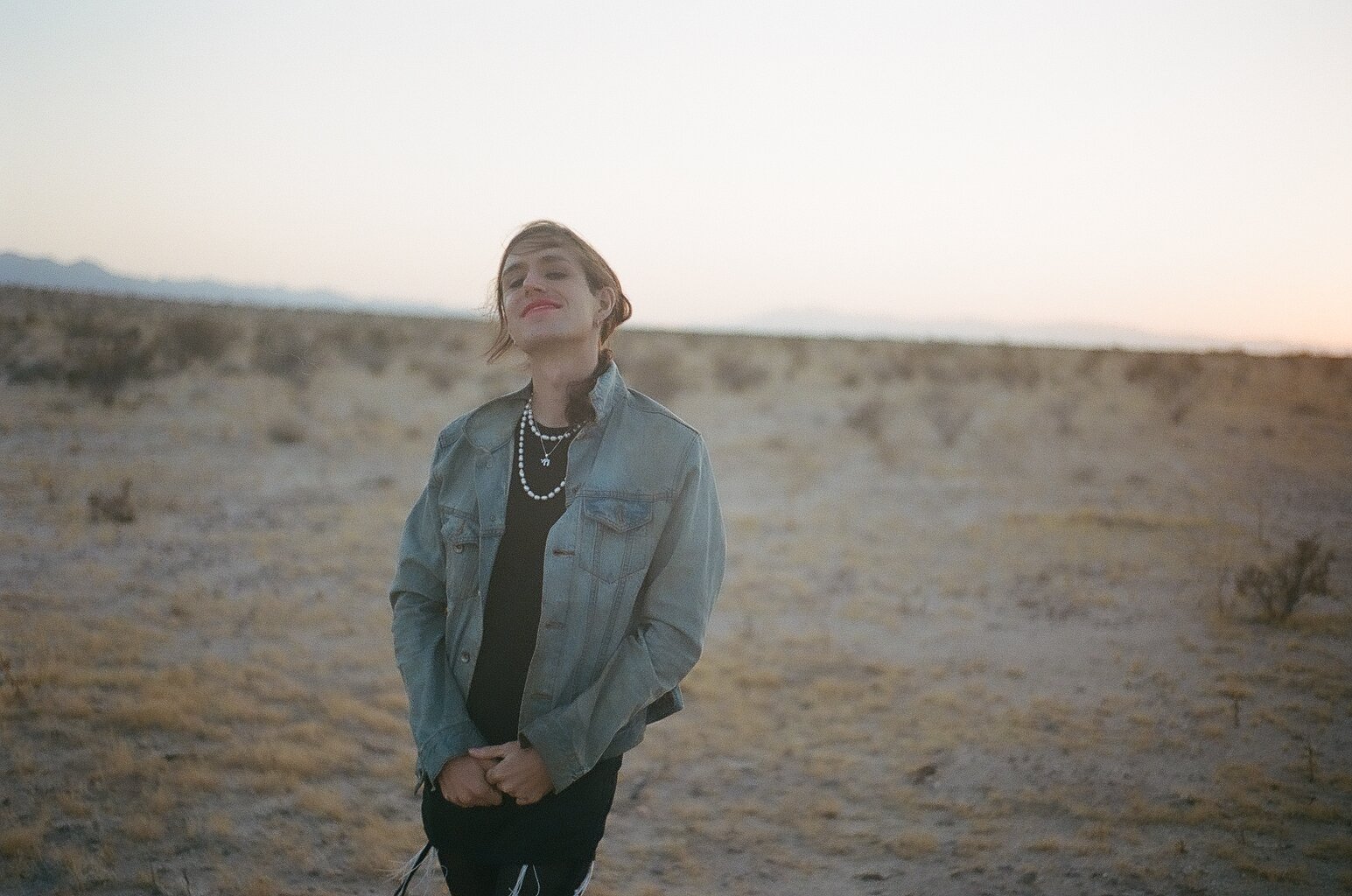 5. Something We All Feel Le Pain

Based out of Los Angeles, Le Pain formed around the Atlanta sister-duo of Madeline and Olivia Babuka Black, before expanding to their current lineup with the addition of producer/multi-instrumentalist Scott Rosenthal and bassist Alan Everhart. Signed to Lucky Buckeye Records, the quartet burst onto the scene last year with their debut single, Troisième Groupe, quickly followed by the jangling joys of Obvious to You. With a series of high-profile slots pencilled in for this year’s SXSW, this week the band shared their latest offering, Is That How You Want Me To Feel?

Having previously showcased their talents singing in French, here the band are showing a way with the English tongue, producing an intimate portrait of a relationship in melt-down and our ability to fall back into old patterns against our better judgement, “sometimes when I’m all alone, I find myself speaking to the dial tone, I guess that’s what I’m used”. If the lyrics are a portrait of troubled times, the music belies that questioning with a breezy, joyous quality, as surfy-guitars combine with Madeline and Olivia’s whip-sharp vocal harmonies, coming across like Stereolab if they’d grown up in California on a diet of Beach Boys records and All Night Diners. There’s a confidence about Le Pain and the way they keep things so delightfully simple, they don’t sound like they’re trying to impress anyone, when you’re this talented I guess you don’t need to try.

Is That How You Want Me To Feel? is out now via Lucky Buckeye Records. For more information on Le Pain visit https://lepain.bandcamp.com/.

4. Midlake Offer An Air Of Nobility

This month will see the release of For The Sake Of Bethel Woods, the long-awaited return of Midlake, some nine years on from the acclaimed Antiphon, the first record they released after the departure of original vocalist Tim Smith. The band’s return almost didn’t happen at all, as personal struggles and other commitments left their future in limbo until keyboardist/flautist Jesse Chandler’s late father came to him in a dream and told him to get the band back together. Despite the difficulties soundtracked within it, there’s a certain life-affirming, celebratory quality to For The Sake Of Bethel Woods, a record about the power of coming together in the good times, and in the bad. This week the band shared the latest single from the record, Noble.

Quite possibly the most personal moment on an album full of them, Noble is named after drummer McKenzie Smith’s infant son, who was born with a rare brain disorder, and is the bands attempt to, “not only acknowledge the struggle but to also celebrate this amazing and beautiful boy”, who has “beaten so many odds already and continues to amaze and prove to us how incredibly strong he is”. The track finds vocalist Eric Pulido putting himself into McKenzie’s shoes lamenting his child’s condition while “also embracing this child who has only joy”. Musically, the track is Midlake at their most stripped back, starting off channelling Carrie & Lowell-era Sufjan Stevens, before the whole thing slowly swells like an inflating balloon with the band’s trademarks harmonies and increasingly intense layers of fuzzy keyboards taking it to the most gentle of crescendos. Already For The Sake Of Bethel Woods feels like a triumph, a record that honours the band Midlake are, and intriguingly hints at the one they are turning into, two decades in the best feels like it might still be yet to come.

For The Sake Of Bethel Woods is out March 18th via Bella Union. For more information on Midlake visit https://midlakeband.com/.

3. My Idea Offer Something To Lean On

My Idea are the best-friend duo of Lily Konigsberg of the band Palberta and Nate Amos who performed as one half of the dance duo with Water From Your Eyes. Their debut album CRY MFER was written at something of a breaking point for the duo, drinking too much, unsure if they were a couple or if they were friends, and dealing with, “a bunch of other chaos“, they used each other equally as emotional punching bags and creative filters. An eclectic and deliciously messy affair, CRY MFER is out at the end of April, and this week the band shared the latest single from it, Crutch.

While it might have come from an emotional low, there’s a delightful lack of pretence about My Idea’s sound, here on Crutch showcased in a two-minute-long indie-pop banger, full of bounding drum rhythms, wiry guitar jangle and marimba-like electronic plonks. Described by the band as a “co-dependency anthem”, Crutch is that classic combo of bright music/bleak lyrics that’s been at the heart of so much great pop music as the band slip into isolated reliance as “the music was the only thing that functioned amidst the chaos“. In some ways, the song plays out like an apology as Lily sings, “still I’m sorry that you’re my crutch and for the pain that it causes all of us”, yet it comes with a sense that despite knowing it’s destructive she wouldn’t change a thing, “I’m hanging on you cause you’re my crutch silence, sadness, pain, gladness I’m into all that stuff”. It might be a record of, “lying and crying and hurting the one you love”, yet CRY MFER seems to deliver that through a decidedly joyous lens, a confusingly fabulous combination.

CRY MFER is out April 22nd via Hardly Art. For more information on My Idea visit https://myidea.bandcamp.com/

2. You’ll Want To Listen To Adwaith Again And Again

Three years on from the Welsh Music Prize-winning debut album, Melyn, this week the post-punk three-piece Adwaith have released details of their second record, Bato Mato, set for release in July via Libertino Records. Written following a trip on the Trans-Siberian Express to play a festival in Ulan-Ude, Siberia, the record takes inspiration from the “vast wilderness” and, “limitless sky” they saw along the way, and the sense of being a long way away from their home town of Carmarthen. Ahead of the release this week the band shared a brand new single ETO.

Recorded with whenyoung collaborator Gethin Pearson, ETO is in the band’s own words, Adwaith’s attempt to, “write a heartfelt song about being infatuated with someone”, something that band admit isn’t normally in their lyrical wheelhouse. The result is a deliberately, “big pop song”, resplendent with pounding arena-sized drum rhythms, shimmering keyboards and contrastingly chunky guitar lines. Particularly wonderful, as the world has come to expect from Adwaith, are the stunning vocals, used as much as an instrument as a traditional melody, one second they’re distorted and fuzzy, the next crisp glistening harmonies, building to the brilliant call-and-response moment of the stunning Arcade Fire-like outro. Adwaith might have already ventured to the far reaches of Siberia, yet there’s a sense their journey is only just beginning, taking the Welsh language to the world one pair of receptive ears at a time.

Bato Mato is out July 1st via Libertino Records. For more information on Adwaith visit https://www.libertinorecords.com/adwaith.

This week Ezra Furman has shared her new single, Point Me Towards The Real, the first new material since 2019’s spectacularly good, Twelve Nudes. The track features a smash-hit cast of collaborators including acclaimed producer John Congleton, horn-arrangements from Bright Eyes’ Nathaniel Walcot and backing vocals from Shannon Lay and Debbie Neigher. After recently sharing a trio of new songs in their raw acoustic form, Point Me Towards The Real is the start of what promises to be a busy year for Ezra with UK festival dates and a pair of mammoth US tours already in the diary.

Described by Ezra as, “a neo-soul song about getting released from a psychiatric hospital“, Point Me Towards The Real takes on a wider meaning as a song about how to come back from our lowest points, “who do you call when it’s supposedly over? Where do you go? How do you know what you want?” There’s a certain uneasy, smouldering quality to the track, the steady tick of the ever-present drums accompanied by layers of organs, distant tender harmonies and brass swells. Ezra’s vocals are particularly wonderful, they almost sound uneasy at first, as the title character takes their first step towards freedom, “it’s my first day free. I’ve got nowhere to be so I’m coming home with you”. As the song progresses, you can almost hear her confidence growing, as the questioning turns towards a plea for an honest future, “cut me loose, cut me loose, let me get hurt, let me feel, cut my bound hands free and point me toward the real”. Thematically and musically this feels like the start of a journey, and when you’re dealing with quite possibly the planet’s most exciting songwriter, that’s a truly great place to be.

Point Me Towards The Real is out now via Bella Union / ANTI- For more information on Ezra Furman visit https://www.ezrafurman.com/.