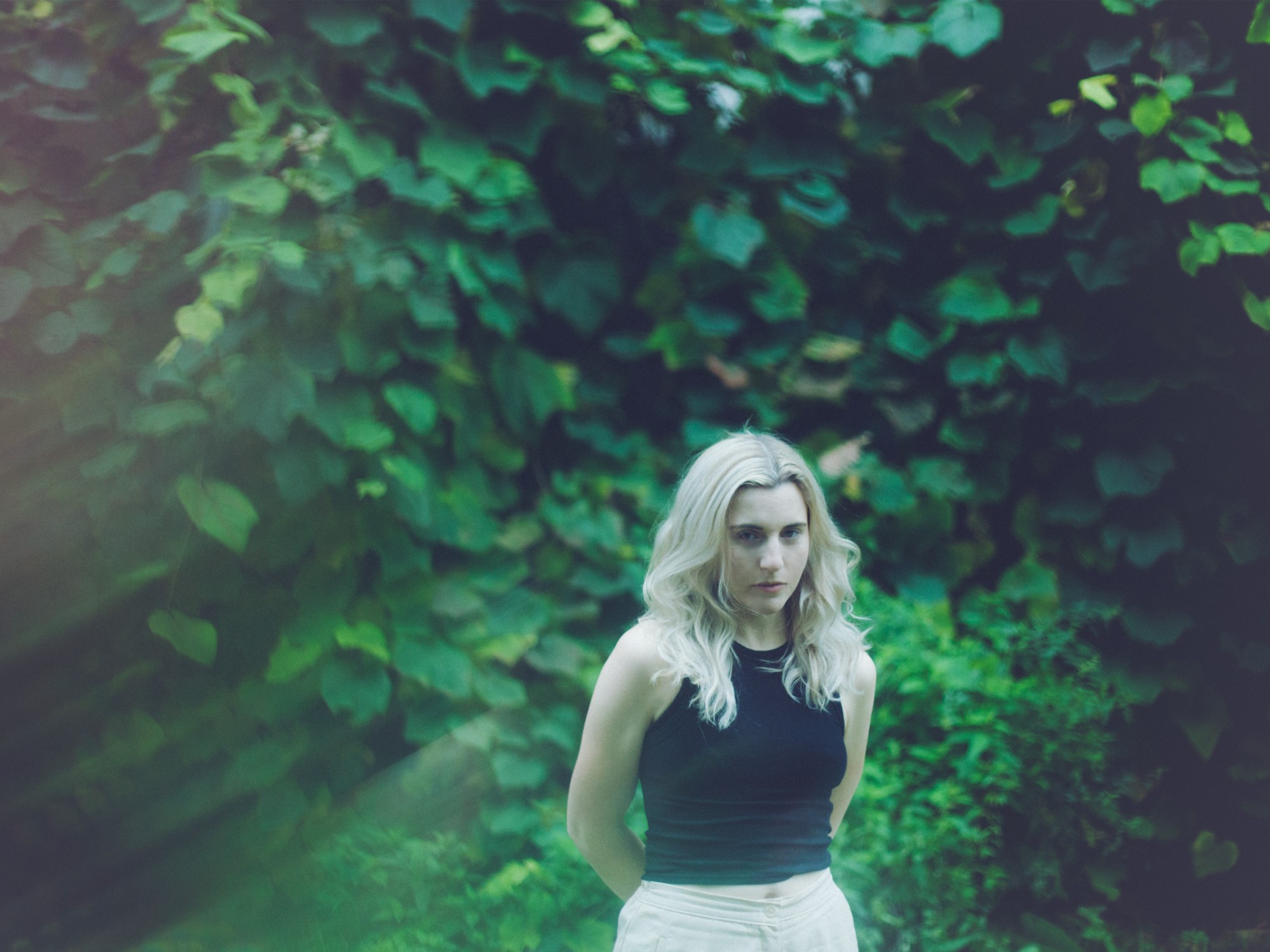 5. Banging The Drum For Pedro The Lion

Having originally formed Pedro The Lion way back in 1995, David Bazan originally called time on the project in 2006 and set about exploring music under his own name. Thirteen years on, Bazan returned to the moniker with 2019’s Phoenix, the first of a planned five-album series exploring his previous homes. In January this year Pedro The Lion shared the second of these albums, Havasu, inspired by Lake Havasu, in David’s own words, “a very synthetic, gimmicky place set in this soulful, desolate landscape”. With a string of US dates over the next three months, this week David shared the video that accompanies one of the album’s stand out moments, First Drum Set.

Although David only lived in Lake Havasu for one year, it was a formative one for him, and First Drum Set faithfully recalls a key moment when he traded in the clarinet of his youth for the life-changing discovery of the drums. The track treads a similar half-spoken approach to the likes of Mark Kozelek or Bill Callahan, as David dissects the brutal Sax-based rejection of an orchestra leader, “up to his ears in tenors and altos”, who ultimately pointed him in the direction of the drums. Fittingly, the track takes a turn towards drum heavier territory as the initial gentle backing shifts to a riotous noise, “I couldn’t even play a beat yet, but I lugged it back to my room, made it boom crack boom all afternoon, I got no regrets”. In many ways it is a simple story of childhood, a kid who wanted to make his dad proud and join the orchestra, yet in David Bazan’s hands it becomes something more, a mind opening moment shared for us all to enjoy. With both his words and his musical boom-crack-boom, David Bazan is a musical alchemist, a songwriter to treasure bringing his stories to life, and creating a musical sum far greater than its parts.

Havasu is out now via Polyvinl Records / Big Scary Monsters. For more information on Pedro The Lion visit http://davidbazan.com/.

Hailing from Atlanta, Georgia, Faye Webster has been an artist on the rise ever since back in 2013, when aged just sixteen she released her debut album Run and Tell. Two years on from her breakout third record, Atlanta Millionaires Club, 2021 saw the release of her latest offering, the critically lauded, I Know I’m Funny Haha. This week as Faye prepares to head out on a string of dates on both sides of the Atlantic, she has announced a new EP, Car Therapy Sessions, a collection of tracks new and old re-imagined with the help of the Spacebomb Studios house orchestra. Ahead of the EP’s release at the end of the month, Faye also shared the title track.

While we often think of orchestration as a way to make something grandiose and bombastic, here Faye Webster reminds us of how subtle it can be, the rich instrumentation serving to highlight the subtlety of her melodies rather than to drown them. There’s a cinematic quality as strings and woodwind create a musical landscape in which Faye’s voice frolics, equal parts Judy Garland and Meilyr Jones. Whether it’s R&B or country, Faye Webster has never been a musician who shy’s away from any genre, a musical magpie borrowing from whatever shiny sound catches her ear and Car Therapy is no different. It might be a different setting, a different musical world to the one you’d expect, yet it’s very much still Faye Webster, one of the planet’s most intriguing musical voices shining as bright as ever.

3. Naima Bock Is Going To Be A Giant Star

One of my 22 for 2022, Naima Bock is a London-based artist who was born in Glastonbury to a Brazilian father and a Greek mother. Her musical inspiration dips into both her heritage and her own discoveries, combining the Brazilian standards that filled her childhood car journeys with a love for European folk, as well as her studies in Archaeology, working as a gardener and her love of walking. This week Naima announced details of her debut album Giant Palm, due out in July, as well as sharing the record’s fabulous title track.

Co-written with Giant Palm’s producer Joel Burton, Naima recalls it became the album’s title track as, “it was the one that most reflected our collaboration as musicians and the innocence and freedom that characterised the making of the record”. Musically, the track has a certain playful quality opening with a wavering synth line, before the acoustic guitar slowly comes to the fore and then gets lost in lolloping percussion. Particularly wonderful is the deliberately jarring keyboard, which sounds a bit like someone attempted to describe the sound of a harpsichord to a computer and this is what it came up with. While quick to point out this is a very personal song, Naima is clear it can be anything to any person, “it can be reflected in whichever way one feels they want it to be”, to me there’s a sense of letting it crumble so it can be rebuilt as she sings, “minds will block the light that shines through leaves into our eyes”. With a slew of festivals and tour dates with the likes of Dana Gavanski and Rodrigo Amarante, Naima Bock is very much an artist with the world at her feet, a special talent just waiting for the musical world to cast their ear her way.

Giant Palm is out July 1st via Sub Pop / Memorials Of Distinction. For more information on Naima Bock visit https://linktr.ee/naimabock.

2. Tallies Have Got Love For The Underground

A quintet based out of Toronto, Tallies emerged back in 2019 when they shared their self-titled debut album via Kanine Records. Since then the band have gone on to share stages with the likes of Hatchie and Tim Burgess, and recently caught the ear of Simon Raymonde who signed the band to his Bella Union imprint. Described by the band as, “a labour of love”, their new record Patina was almost inevitably delayed by the pandemic, however this week they confirmed this would arrive at the end of July. Alongside that exciting news, the band also shared the first single from the record, Hearts Underground.

Hearts Underground is a song about self-sabotage and the little voice in your head, as vocalist Sarah Cogan explains, “I wrote a song about that little voice that I’ve heard my whole life; it’s a reflection on times when I’ve held back too much or when I wish I’d held back more”. Co-produced by the band and Holy Fuck’s Graham Walsh, Patina instantly feels like a record that stretches Tallies’ sound. Here they tap into the lineage of indie-pop dialling up the jangling joys as tumbling surfy guitars accompany Sarah’s swooping vocals reminiscent of The Sundays’ Harriet Wheeler, which while an overused comparison for Tallies’ music is distinctly accurate. The progress here is obvious, there’s a greater depth to Tallies’ sound now, a band who’ve learnt the joys of light and shade and while not forgetting the bands they love, are now crafting them into something excitingly their own.

Patina is out July 29th via Bella Union (UK), Kanine Records (US) and Hand Drawn Dracula (Can). For more information on Tallies visit https://tallies.bandcamp.com/.

1. The Wyldest Times Are Yet To Come

The project of London-based songwriter Zoe Mead, Wyldest caught the attention of many last year with the release of her well-received album Monthly Friend. An entirely self-sufficient record, Monthly Friend was written, produced and mixed by Zoe herself, a process that was both liberating and draining. The record was followed by a period of writer’s block, overcame only when Zoe sought out the creative help of producer Luciano Rossi, who liberated Zoe to explore new musical horizons, the first evidence of which arrived this week with the release of the latest Wyldest single, The Best is Yet To Come, released via Hand In Hive.

The Best is Yet to Come is a track that taps into the currently omnipresent musical theme of isolation, in particular, the track is about choosing to stay put while those around you are moving on, as Zoe explains, “I felt a little trapped within my own existence, being resistant to change and resentful that people close to me were moving away, doing what they felt they needed to”. The track opens in stripped-back fashion, the sort of voice and guitar combo that can bring a chatty room into stunned silence, as Zoe sings, “I don’t mind the weather, it’s just fine, you got plans and I got mine, I’m certain”. The discomforting honesty of the opening takes an arresting turn as the processed drums clatter into earshot, despite the density of the sound it somehow lightens the mood, with the dreamer’s refrain, “the best is yet to come, and I don’t mind I’ll wait for you”. Ultimately there’s an optimism to The Best is Yet to Come, while life might not follow the map we had planned, it does always keep us moving forward, as Zoe puts it, “things are constantly changing and evolving, so we can just sit back and enjoy the ride”. A journey not to be missed, Wyldest is the kind of musician you want to follow every step of the way, on this evidence it could just take her somewhere magical.

The Best is Yet to Come is out now via Hand In Hive. For more information on Wyldest visit https://twitter.com/Wyldest.