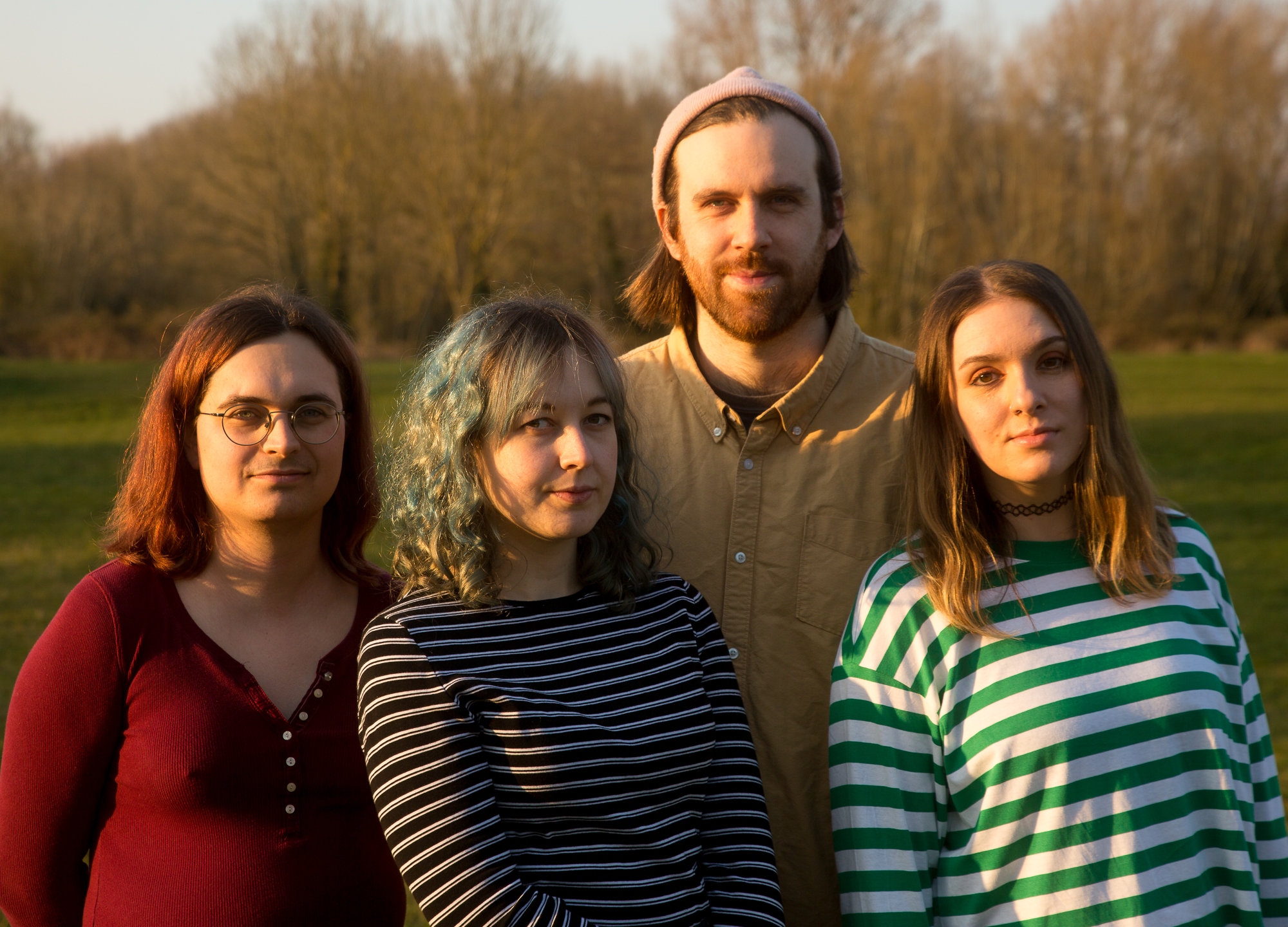 I first came across Junk Whale back in 2019 when they opened the indoor stage on the closing day of Indietracks Festival. Since then the Oxford-based quartet have released their self-titled debut, shared stages with the like of Supermilk, Fresh and Cultdreams and this week announced their signing to the fabulous Reckless Yes label. With a new EP, Caught In The Act Of Looking Weird, due at the start of July, today the band are premiering the first track from it, Happy Birthday.

With an original working title of, “the bop”, Happy Birthday is a song of fabulous contrast, the catchy danceable banger set to a lyrical exploration of, “depression and the consequential struggle to communicate effectively”. Initially, they’re lost in their own thoughts, “did you say something? I can’t stop thinking of something I thought I heard someone say”, before later actively pleading for connectivity, “did you say something? I’m trying to listen”. It’s perhaps telling of that failed communication that the statement is made just before the chorus arrives, the vocals sinking back into a wave of twin-guitar solos, for which the band credit seeing the band Podcasts.

It instantly feels like progress from the band’s debut, dialling back some of the early noughties post-grunge influences allowing their poppier side to thrive in an anthemic blast that fans of Martha or Idlewild are bound to fall head-over-heels for. Whether it’s your birthday or not, Junk Whale’s return is something well worth celebrating.

Caught In The Act Of Looking Weird is out July 8th via Reckless Yes. For more information on Junk Whale visit https://junkwhale.bandcamp.com/.