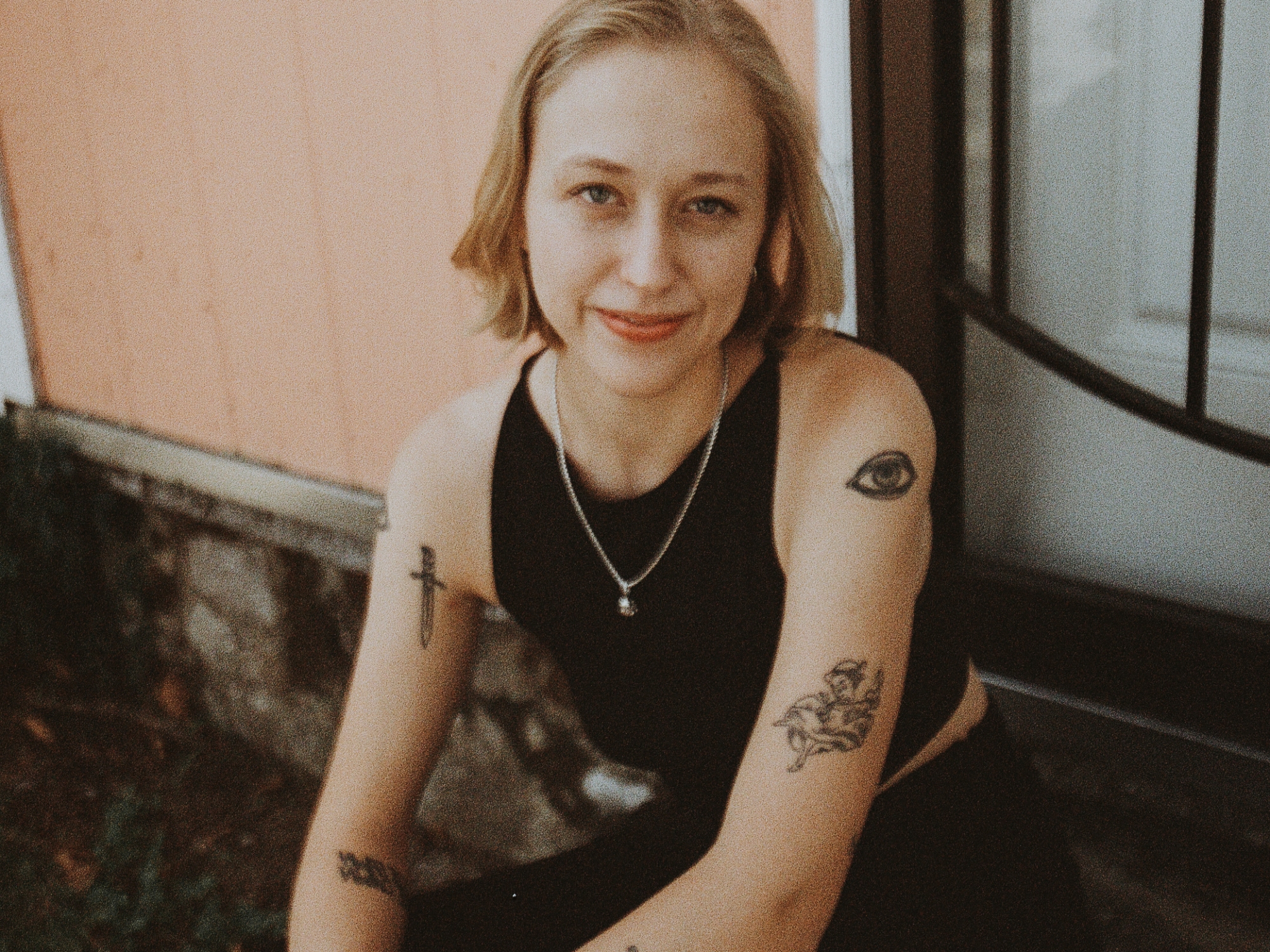 A poet and songwriter based out of Nashville, Tennesse, Anne Malin Ringwalt-Johnson, who releases under her given name, is an intriguing musical prospect. Earlier this month Anne Malin released her most ambitious offering to date in the shape of Summer Angel, a hazy exploration of love and violence, the record written in response to Alfred Starr Hamilton’s poem of the same name. The record seems to walk a line between wide-eyed naivety and pained reality, her words serving as, “self-expression and self-protection alike”.

Summer Angel is an album that exists not in the moment, but instead in the aftermath, looking back on painful experiences with a sense of questioning, asking what healing, harm and ultimately freedom look like. For all of the personal experience writ large across the record, it was a collection of songs made with collaboration to the fore. Anne Malin bringing in an array of collaborators to adorn her dextrous, versatile vocals with a collage of sound, incorporating everything from saxophone to pedal steel, as it dances between genres with cohesive ease.

Following the record’s release, I recently spoke to Anne Malin about the differences between poetry and lyrics, recording Summer Angel and why she is most herself, “when I am engaging with art as deeply as possible”.

FTR: For those who don’t know, who is Anne Malin?

Anne Malin is my eponymous music project. I’m drawn toward freak folk, alternative country and indie rock, and my records often reflect those influences on my own terms—especially as I can explore the intersections and limits of those genres. Singing has always been a transportive force for me, and I hope my voice conveys a lot of resolve and emotion. No matter the specific style of an album, I create with my voice—and the lived experiences that my voice holds—at the center of my practice. While my songs often gesture toward intimate experiences that I don’t aim to fully disclose, I draw from poetic techniques of symbolism—and my obsession with dreams—to reach my listener in a state of vulnerability and, ideally, mutual recognition.

FTR: You’ve just released your new album, Summer Angel, what can you tell me about recording it?

I was lucky to work with Andrija Tokic at the Bomb Shelter in Nashville. Our recording process was delayed by the pandemic; we started with “Destroyer” and “Redeemer” in the summer of 2019, and recorded the rest of the songs in the fall of 2021. I was first drawn to Tokic because he produced some of Josephine Foster’s records; Foster was one of the first musicians to inspire me to do whatever I want as an artist and to embrace my voice’s idiosyncrasies. My songs can be quite dark, but Tokic’s production style brought in many playful elements that helped me understand myself and my music in a more dynamic light. To add to the playful element of our recording process, we live-tracked the whole record with backing band and vocals simultaneously, which preserved a kind of spontaneity.

FTR: Did you approach writing these songs with the album in mind? Or is this more of a collection of stand-alone songs?

The delay I mentioned—via the pandemic and its ensuing demands—was actually quite generative for me. In 2019, I just had two songs to record. However, after talking with Dear Life, I began to consider how “Destroyer” and “Redeemer” have changed in my mind over time—and what old (and new) songs I could place in conversation with those musical emblems.

FTR: I read the album was written as a response to a poem by Alfred Starr Hamilton, do you approach writing poetry and song lyrics in the same way?

Generally, I think my song lyrics are a bit more abstract—or there’s more of an active movement between narrative and symbolism, especially in songs like “Mary (Dear God Please Help Me)” and “Soft Soft No.”

Alfred Starr Hamilton’s poems engage with symbolism in a way that elicits strange and unpredictable resonances; I often wonder how children would react to his poetry. As I conceptualized Summer Angel, I wanted to bring that openness and play with image and meaning into my songwriting practice. Some symbols you might notice in Summer Angel are the stream, magnolias, the thicket and hands.

My poetry is more explicit and experimental in form, and I would hesitate to turn one of my poems into a song. Still, poetry and music (somehow) work together. I like not knowing exactly how or why.

FTR: The album’s coming out on Dear Life Records, how did that come about? Do you think record labels are still important?

As I understand it, Michael must have heard Waiting Song when it came out. He expressed excitement about any new music I might have, and agreed (with Dear Life) to put out my future record. The amazing part is this: he hadn’t heard anything but the rough mixes of Destroyer and Redeemer. That trust in my vision was thrilling. So, absolutely—I think record labels are so important, especially insofar as they situate artists’ work in a particular community of intersecting styles (and lovely people), and when they accept artists on their own creative terms. I’m grateful that I never felt like I had to prove myself to Dear Life, especially considering the forces of gatekeeping and misogyny in music.

FTR: What can people expect from the Anne Malin live show? Are you planning on touring this record?

When I perform, I don’t aim to replicate a recording—rather, I’m interested in exploring the subtle shifts that occur in collaboration with an audience and an environment. Since the band I’ve put together consists primarily of improvisatory musicians, my live shows involve a lot of play and surprise. Still, my voice is more or less a constant; my backing band becomes this amorphous sonic texture, and any improvisation I do is in response to this texture shifting around me.

Yes! I will be touring from Nashville to Brooklyn and back immediately following a record release show in Nashville. The Nashville show is going to be very special; my band will be joined by JayVe Montgomery, who graced Summer Angel with saxophone and electronics. The remainder of the tour, which I’ll coheadline with labelmate and bandmate Trevor Nikrant, will be with Jake Smith and my husband, Will.

FTR: What are your aspirations for Summer Angel. Do you see music as a viable career?

I want Summer Angel to be the catalyst for a much larger and more active music career. I am most myself when I am engaging with art as deeply as possible, and I see music at the center of this practice. Prior to the pandemic, I was performing regularly in Nashville and had toured in a very DIY capacity throughout the East Coast, Midwest and South. I’m currently planning more shows, preparing to record my next album and envisioning specifically how music can take me where I want to go.

FTR: What’s next for Anne Malin?

I hope to share the music of Summer Angel as widely as possible, and I’m genuinely grateful for everyone who listens. I’d like to do some joint music and poetry tours, especially since my second book was recently accepted for publication (by a fantastic press called Inside the Castle). More art! More art!