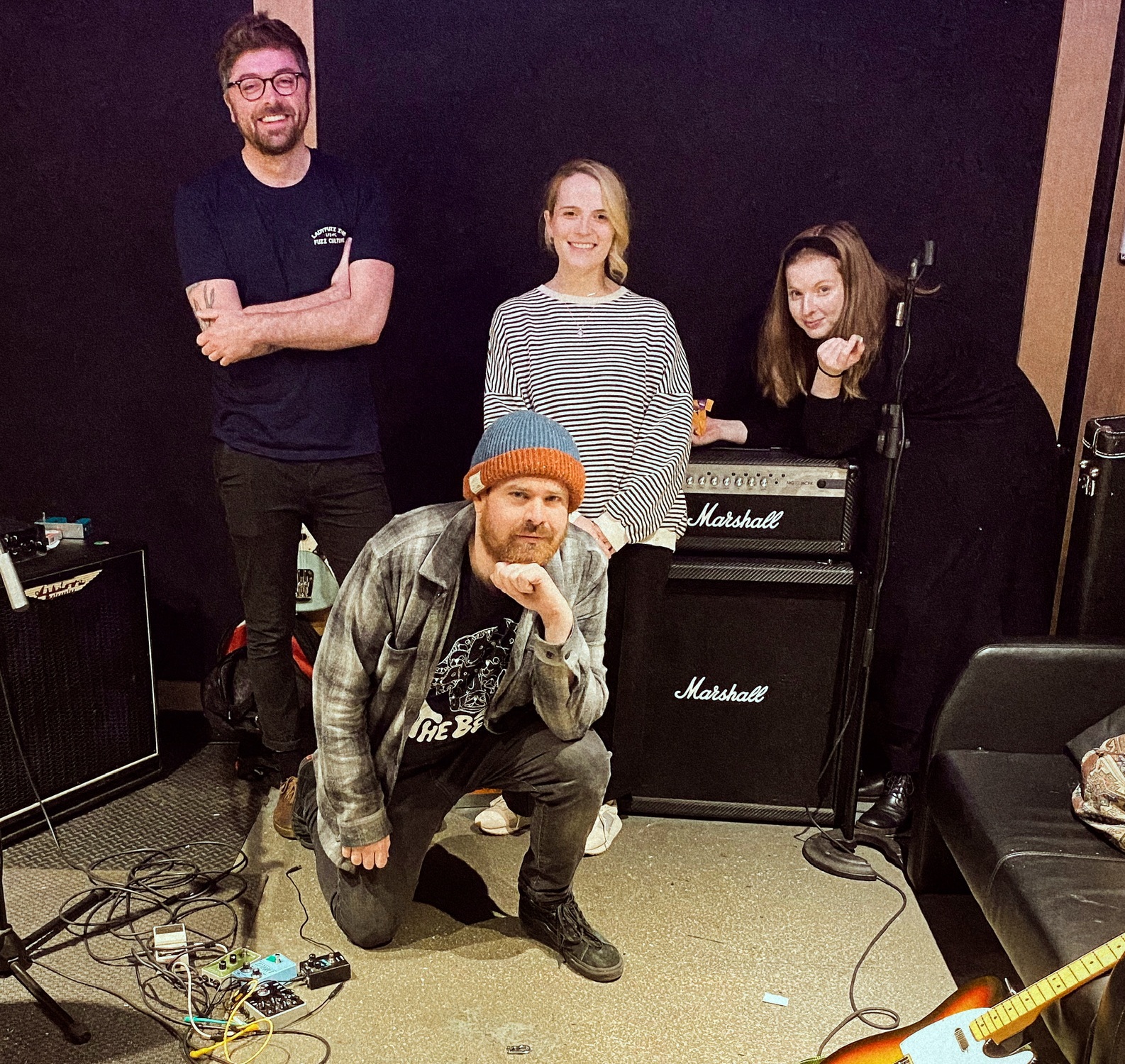 One of my 22 for 2022, Weekend Punks ended last year by releasing their enticing debut EP. Shared via Old Cemetery Recordings, the three-track Weekend Punks EP rapidly confirmed that surfy-pop didn’t have to come from the American West Coast, it could also come from less likely destinations like Southampton and Reykjavik, the two cities in which it was created.

The EP opens with the scene-setting, The Theme From Weekend Punks, it’s a fuzzy and luxurious number, bristling with dreamy-indie energy pitched somewhere between Metric and Hadda Be, that wouldn’t sound out of place on The OC soundtrack. Elsewhere the band’s debut single, Backseat Driver adds some chugging guitar chords to its tale of embracing the freedom that comes with endings, “if you’re going to leave, I’d like you to let me know soon, I’ve got places to go and I’ve got things to do”. Reminiscent of fellow South Coast wonder L I P S, the closing track Stay was a moodier number, with excellent driving bass and a chorus refrain full of questionable lyrical mathematics. The band have recently recruited a fourth member, Jen, and have spent their time working on new music and preparing for their debut live show next month. Sure it’s early days, yet I won’t be surprised if these Weekend Punks end up making a real splash before too long.

FTR: For those who don’t know who are Weekend Punks?

Weekend Punks are Matt, Rosie, David and Jen. We’ve been described as indie, lo-fi, grunge, surf, garage-pop, whatever. We’re more or less based in Southampton, and we’ve been writing and recording together, between various bedrooms and practise rooms for a few years. Earlier this year we released our debut EP, which we recorded between Old Cemetery Studios in Southampton, and Rosie’s home studio in Iceland.

David’s first show was playing keys in an emo/pop band in a basement venue in Hastings. Rosie’s was an open mic night where she covered Coldplay. She was assured the middle-aged audience would pay no attention, but as soon as she started playing everyone went silent because she sounded 8 years old. Matt played in an emo covers band in a church hall. We were all 15/16 at the time, and the emo-theme must really give away how long ago that was…

FTR: What can people expect from the Weekend Punks live show?

As many 2 minute songs as you can fit into a 20/30 minute set. Far more effects pedals than is necessary, a lot of reverb and a lot of fuzz.

FTR: What’s next for Weekend Punks?

We’re currently writing and demoing for our second EP. For so many different reasons the first EP took us years to release, so we’re really excited about getting the new one finished in the coming months. We’ve had a whole host of gig offers, so expect to see some live dates in the near future too.

Best Coast – Crazy For You

This song, or the album by the same name, is probably responsible for Matt and David starting making music together. That distorted, lo-fi, spring reverb drip is just everything.

Remember Sports – Getting On In Spite of You

We listen to more than just lo-fi, promise.

Bully – Kills To Be Resistant

If anyone asks, the similar melody to the word ‘anyway’ in Pristine and in The Theme From Weekend Punks is a coincidence, and nothing more.