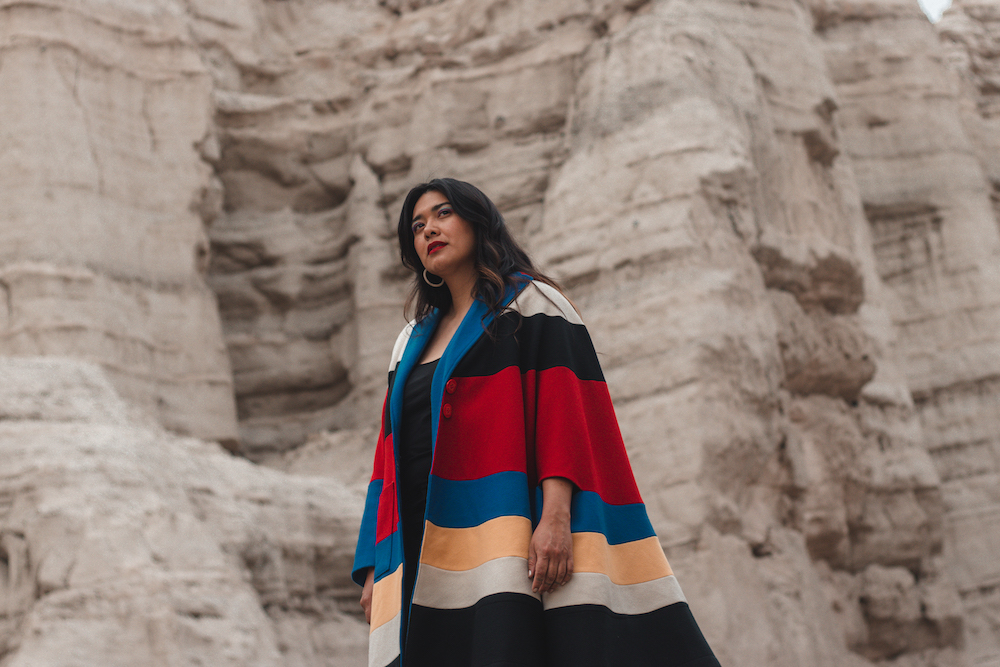 5. Why Bonnie Plant A Seed

Fresh off the back of releasing one of 2022’s finest album, 90 In November, Why Bonnie are hitting the New Year with a bang! They’ve got a string of US dates with label mates Sun June in January, before heading out again with fellow up-and-comers Foyer Rec and Kolezanka in March. Marking the announcement of those later shows, this week the band also shared a brand new single, Apple Tree, a product of the 90 In November sessions which didn’t quite fit well enough onto the record, but is getting some well-deserved air time now.

Described by songwriter Blair Howerton as, “a song about the parables we tell ourselves to make sense of things”, Apple Tree finds Blair on typically complex emotional ground. The song finds Blair questioning the idea of sin, whether flawed, honest humans can ever truly love up to Biblical expectations, comparing herself to original sinners Adam and Eve, noting, “I’ll be faithful in this life of sin, it’s a flaw in the design, but it’s not mine”. There’s an undeniably wistful quality here, from the gentle unfurling guitars to the gentle melancholy of Blair’s vocal delivery, at times it feels the whole thing might float away entirely, were it not grounded by the steady earthing of the drums and the concrete shoes of the almost bar-room piano. It might be an understated, non-album single, yet Apple Tree is quietly rather wonderful, a reminder of the special magic Why Bonnie possess to turn the simplest scene into the stuff of understated wonder.

Apple Tree is out now via Keeled Scales for more information on Why Bonnie visit https://www.whybonnie.com/.

4. Fran’s New Single Is Good Enough To Make You Believe In God

Fran last appeared on these pages back in 2019, around the release of their superb debut album, A Private Picture. That album saw the Chicago-based project, fronted not by anyone called Fran but by Maria Jacobson, draw widespread acclaim with the online music community rightfully fawning over its eclectic style and lyrical truthfulness. Three years on, and Fran are readying their next step, in the shape of their second album, Leaving, due out next week via Fire Talk Records. Ahead of the release, this week Fran shared the latest track to be lifted from the record, God.

As you might expect from the title, God is a track that comes from a theological place, Maria took advantage of the hours of free time presented by the Covid pandemic to study the subject online, seeking not so much a higher power, as a greater understanding as to how humans have made sense of their lives throughout history. As Maria explains, the song is largely about something much more simple, “God is about noticing how things change and how they stay the same”. Musically, the track has a certain timelessness, as if it could almost be lifted from a record by some 1940s crooner, with the cooed backing vocals and bright piano runs contrasted by the earthier tones of the acoustic guitars. Atop it all sits Maria’s vocal, it’s painted with a certain resignation, as she sings, “I’m not the same as I was when we started, the give and take that comes with being on, I searched your name and hoped I might remember, the certain change that comes with playing god”. In some ways this track feels accepting of its fate, Maria starting into a mirror knowing that change is inevitable, for better or for worse, and all we can do is learn to live with it and see where it’ll take us next.

Leaving is out January 20th via Fire Talk Records. For more information on Fran visit https://franband.bandcamp.com/.

Hailing from Portland, Kate Davis emerged back in 2019 with her brilliant debut album Trophy. The record was Kate’s first foray into alternative music, having initially moved to New York to study at the Manhattan School Of Music in the somewhat regimented world where jazz music and academia collide. As she became disenchanted with one musical world, she fell in love with another, heading out to Brooklyn to watch the freewheeling creativity of the city’s indie scene. On her upcoming album Fish Bowl, Kate sets out to tell her story in a conceptual fashion, charting the difficult journey from stepping away from the world you thought you wanted, to the inner peace of following the dream you discovered along the way. Ahead of the album’s March release, this week Kate shared the latest single from the record, Monster Mash.

Monster Mash finds the record’s central character, FiBo, at the jumping-off point, as Kate explains, “this is the moment where the character is abandoned by everything that she knew“. The track deals with the isolation that can come with going against the grain, “when you transition into a different phase of life, it’s easy to feel like a monster, to feel like you’re harmful to people, or that people are fearful of you”. Fittingly for a song about casting off the shackles, the message is presented by a tumbling, clattering musical backing, Kate’s vocal taking on something of the titular monster, as she howls atop a backing of driving guitars and wailing synths, “I told you I can’t control myself, I never could control myself”. Throughout Kate casts herself as Frankenstein’s monster, a misunderstood menace, pleading, “is there anybody there, who wouldn’t be scared of me?”, while knowing she remains in their eyes a, “six foot three, menace to the lambs of society”. Where will FiBo’s adventure take us next? How many jazz-loving college kids’ bones will she munch along the way? We’ll have to wait and see, but on this evidence, it’s going to be a thrillingly wild ride.

2. First Day Day Of Spring Get Ready For Lift Off

Originally from the long-piered, newly citified location of Southend-on-Sea, First Day Of Spring is a five-piece band led by principal songwriter, Samuel Jones. 2022 was a busy one for the band, playing venues across their current location of London, releasing their debut single, Stupid, and garnering acclaim and airplay from a variety of alternative luminaries. With their debut EP, Fly Over The Apple Blossom, due at the end of February, this week the band shared the first single from the record, Moon Boy.

The track enters on a fuzz of static, a distorted voice pulses like a heartbeat, and then two voices share the spoken word lines of Charles Baudelaire’s poem, Be Drunk, “so as not to feel the horrible burden of time that breaks your back and bends you to the earth, you have to be continually drunk. But on what? Wine, poetry or virtue, as you wish. But be drunk”. It’s a startling beginning to a track Samuel suggests is about his struggles to live in the present, “I’m someone who clearly clings on to the past quite a bit. And this is what I mean by being present. No past or future, just the beauty of the now in a positive way”. Samuel has spoken of his desire for buoyancy in the song, for it to be celebratory, and that is certainly achieved, it’s not happy in the sense of joy, but it carries a certain contentedness, from the pulsing electronics and wiry guitars through to the constant, gentle thump of the bass drum. The whole thing is given a lift as the poem fades away and a crescendo of strings takes its place, showcasing a shared sonic ambition to bands like Black Country, New Road or Los Campesinos. This feels like just the sort of awakening a new year needs, a band who seemed to have timed their emergence to perfection, like the first snowdrops of a passing winter, they’re here to remind us of the passing of time and the promise each year offers us of something new and beautiful to admire.

Fly Over the Apple Blossom is out February 24th. For more information on First Day of Spring visit https://firstdayofspringband.bandcamp.com/.

Something of a favourite around these parts, Black Belt Eagle Scout is the musical project of Swinomish Indian songwriter Katherine Paul. On her new album, The Land, The Water, The Sky, Katherine recalls the journey she took back in 2020 from Portland to her tribal community, the album serves as a remembrance, gratitude for the information passed down through generations, a meeting point of the pain caused by colonial violence and the joy of walking in the footsteps of her ancestors. Ahead of the album’s release next month via Saddle Creek, this week saw the release of Black Belt Eagle Scout’s latest single, Nobody.

Nobody is a track that touches on the idea of representation, reflected in the repeated line, “nobody sang it for me like I wanna sing it to you”. Further explaining the theme Katherine recalls how, “when I was growing up, I didn’t have very many Native role models to look to on TV or the radio”, something which is only just starting to change, “with Native representation in music and television slowly growing, I often ask myself where I stand within representation in music and how I want to be seen”. As with so much of Black Belt Eagle Scout’s music, a lot of the joy here is in the way the song ebbs and flows like a river, moments of calm contemplation, give way to sudden rushes of swelling guitars and clattering drums, the listener dragged along with Katherine on her organically paced journey. Black Belt Eagle Scout’s music is deeply personal, yet somehow it seems to reach beyond that, it extends a hand from the land, from the water, from the sky and invites you to share in the beauty of nature, the comfort of feeling you belong and the power of community to survive whatever hurdles the modern world throws its way.

The Land, The Water, The Sky is out February 10th via Saddle Creek. For more information on Black Belt Eagle Scout visit https://www.blackbelteaglescout.com/