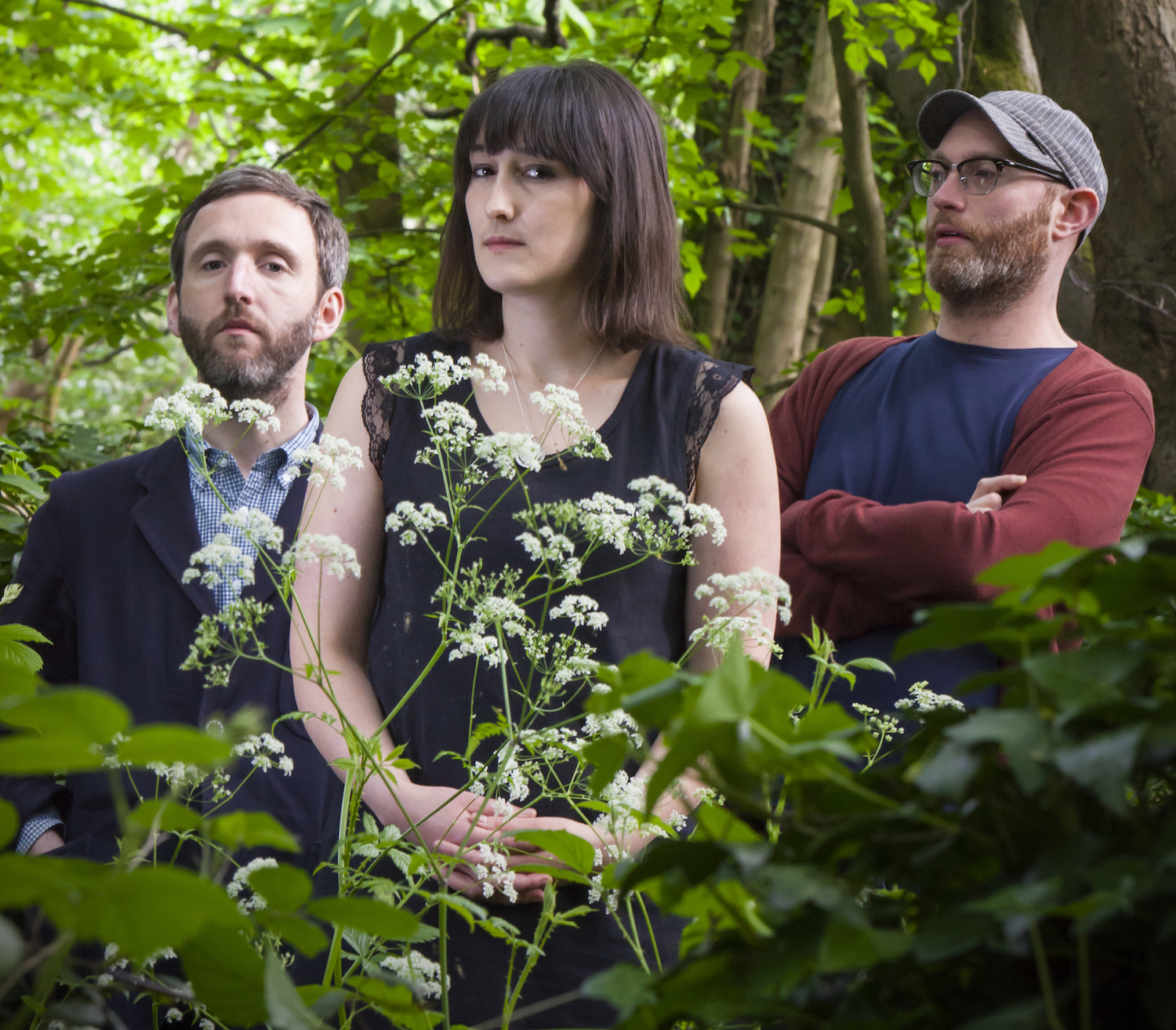 I think a lot of my lyrical references to nature are allegorical to how far away from their own nature people have to behave now, in order to survive.

The modern world is fascinating, and how humans interact with it arguably even more so. On a most basic level humans require the same elements for survival all other mammals do; food, drink, warmth, air. Everything else is, to some extent a luxury.

Why then do we make everything so complicated? Why do we get annoyed when our smart phone won’t accurately track our location to the nearest square meter, instantly and we have to wait around before it tells us which road to go down? Why do we post photos of ourselves on the internet and get upset when nobody likes them? Why do we write pointless blogs about music?

We as human’s have surely now gone past the point of any practical improvements, we have essentially developed to the point where we don’t need anything, but that doesn’t stop us wanting everything. We react not on instinct, or human nature but on whims, fancies, and whatever culture tells us to do. We’ll now do things that are actually against our basic instincts to stay alive; we’ll go out in the cold seeking entertainment, we’ll take part in extreme sports so we can try and capture the adrenalin rush that comes with fearing for your own survival, we’ll wear a pair of shoes that aren’t comfortable and damage our feet to the point of not being able to flee predators, simply because they look good. We are no longer basing our choices on survival, we now feel we have conquered nature and put our most basic needs on the back burner, because we no longer have to fear the world we live in.

Humans are amazing, and a huge part of how amazing they are is down to just how pointless most of the things we do are. Whenever life seems hard and troubling, we should just remember how good we humans have it. 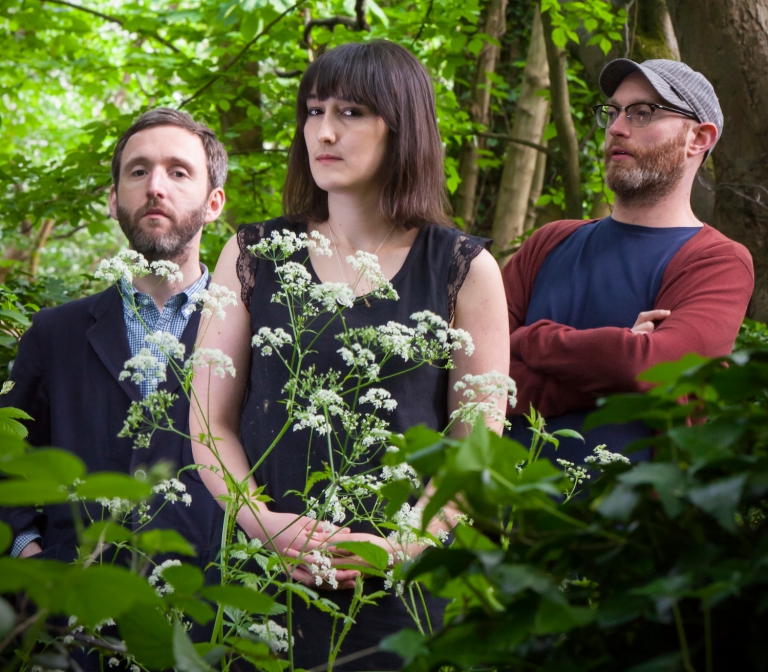 WHO?
The Drink are the trio of singer and guitarist Dearbhla Minogue, bassist David Stewart and drummer Daniel Fordham. All three members are involved in other projects; Dearbhla plays with the superb The Wharves and Shield Your Eyes, Daniel has collaborated with short story writer Stuart Evers producing soundscapes inspired by his writing, and both Daniel and David were involved in the recent album by The Leaf Library.

WHAT?
One of the most impressive facets of The Drink’s sound is that they are a three piece, but they never sound like it. The musical textures, and layering is beautifully judged throughout, so you can’t help but think you’re listening to a much larger ensemble. The instrumentation rarely stretches to much more than bass, drums, guitar and the odd blast of synth or organ, yet they never sound creatively stifled by these limitations. They’re also a band who seem to borrow influences from all sorts of sources and stitch them into a cohesive whole; there’s elements of prog, pop, psych, disco, they willingly admit that their excellent single, The Coming Rain, is heavily influenced by Kenyan luo nyatiti player, Ayun Ogada, and no we’re not sure what a luo nyatiti sounds like either.

WHERE?
Although the members are not all from London, (Dearbhla grew up in Galway and the other two members are from parts unknown) and they recorded their album in a converted Pig Farm outside of Sheffield, The Drink are essentially a London band, which should go some way to explaining their new album title, Capital, because London is as you’re most likely aware, the capital city of England.

WHEN?
The Drink were formed after Dearbhla overheard David and Daniel playing in another band, and decided she needed that rhythm section for herself! Having released a series of EP’s, The Drink signed to Melodic to release Company, their sort of debut album, sort of greatest EP hits compilation. That only saw the light of day back in 2014, but not wanting to lose the momentum by heading out on tour, The Drink reconvened in the studio and back on November 13th they released Capital, again on Melodic Records.

WHY?
In a word, ambition. Capital is a record that pushes the boundaries of what is possible for three people to produce with tight time constraints and we can only assume limited budget. Discussing the record Dearbhla has mentioned the, “got-to-catch-my-train feel” of the guitar sound on many of the tracks, brought about by discovering the perfect sound just hours before having to leave the studio. This record sounds not stifled by these limitations but energised by them, the record is laced with the exuberance and buoyancy that can only be brought about by recording things live, and in some ways in a rush.

That said, this is no simple three chord punk record (not that there’s anything wrong with those). The Drink seem to absorb influences from everything they hear. The piano on Potter’s Grave that has the same bar room-jazz meet indie-rock feel of later-period The Walkmen, Hair Trigger is jerky psych-prog-pop that wouldn’t sound out of place on a Field Music recording, whilst the frankly gorgeous I’ll Never Make You Cry is equal parts Grizzly Bear and The Shangri-Las.

However for all those influences there’s plenty of calling points that are unmistakably and wonderfully, The Drink. The effortless chemistry of the rhythm section, who seem to take it in turns to lead and follow, in a way more akin to cyclists in the peloton than musicians. They’re the epitome of tight, injecting the more melodic instrumentation and vocals with the freedom to play loosely and creatively atop the perfectly crafted sound-bed beneath them; and what creativity Dearblha has! The guitar patterns that fluctuate from simple reverberating strums, to intricate cyclical patterns and almost free-form prog-soloing. The vocals at times layered into intricate and complex round patterns, at others piercing and solo. Dearbhla’s voice is unmistakable and sounds almost effortless even and her range is stunning, the high notes that suddenly leap forth are as arresting as they are impressive.

WHY NOT?
There’s very rare occasions on this album when the songs slightly overstay their welcome,  a product most likely of having too many ideas, which is hardly the worst problem in the world. There’s also the odd occasion, most noticeably Potter’s Grave, where the resemblance to Dearbhla’s other band The Wharves is perhaps a little too close for comfort, still again it’s a minor fault, and there’s far worse bands you could sound a little too much like.

Capital is out now via Melodic Records. The Drink head out on a UK tour in January, click HERE for details.