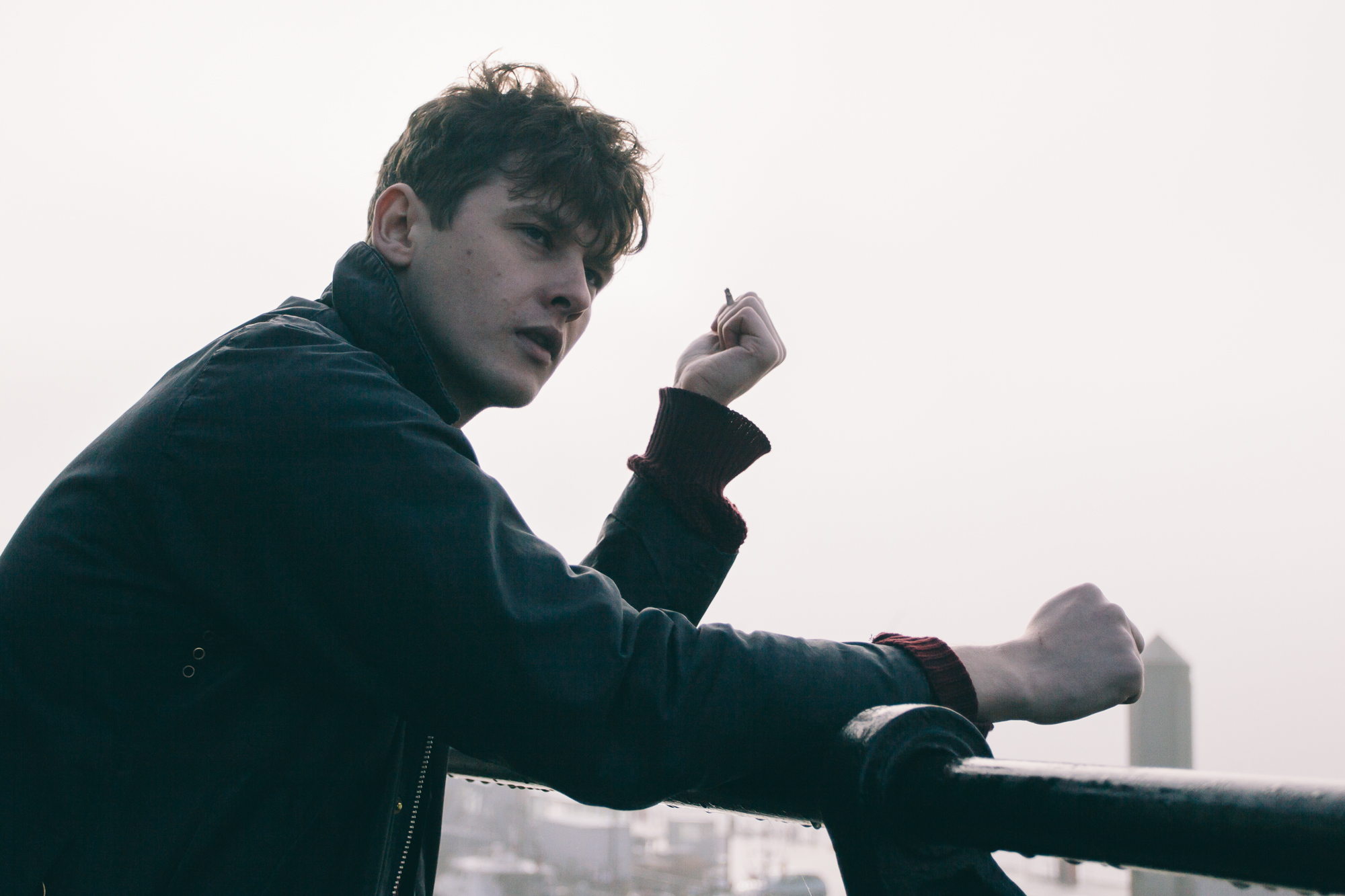 If your city had produced one of human civilisation’s most important cultural forces ever; a group of individuals who in their global significance almost transcended the bounds of the human; who became demi-gods, responsible for changing not only the sound of a planet’s music and the shape of its culture but the look and the structure of its societies, then you could be forgiven for making a bit of a fuss about it. Yet you can’t help thinking that Liverpool does go on about The Beatles.

It’s pretty difficult to think about the music of Merseyside without thinking about a certain four piece, however there’s far more to the area’s sound than just John, Paul, George and Ringo. Back in 2001, the region’s biggest city Liverpool, was declared the “City Of Pop” due to the frankly ludicrous amount of number one singles that have come from the city. It started back on the 14th of March 1953, when a singer by the name of Lita Roza took Bob Merrill’s novelty song, How Much Is That Doggie In The Window, to the top of the charts, and since then over fifty more songs performed by Scousers have topped the charts.

Merseyside’s role in alternative-music is arguably even greater. The music of the city described by Maconie as, “joyous, skittish, heady and psychedelic”, arguably reached its creative peak at the back end of the 1970’s, at the beginning of the independent label boom. The Cavern Club became Eric’s, and was once more the epicentre of Liverpool’s music scene. It welcomed the huge national and international acts from Joy Division to The Sex Pistols, but more importantly it nurtured the emerging local talent; bands like Echo & The Bunnymen, The Teardrop Explodes and Wah! Heat, made their name on the stage, and many of them would go on to release via the areas foremost indie label, Zoo Records.

Outside of the music hot-bed that is Liverpool, plenty of other Merseysiders have found critical acclaim; Half Man Half Biscuit from Birkenhead, Orchestral Manoeuvres In The Dark from Wirral, and China Crisis from Kirkby, to name but a few. The area continues to impress with acts like Stealing Sheep, Hooton Tennis Club and Jane Weaver all emerging into the public conscious in this past year. Plenty to be proud of, heck they might even forget about The Beatles…one day.

As a one time member of a successful band it can be hard to escape that affecting every listener’s thoughts on whatever you choose to do next. Paul McCartney can’t escape The Beatles, Phil Collins is still that bloke from Genesis, George Michael, like all of us, is still haunted by Wham! Eventually though, some people do escape the shadow, some people do get to ‘do a Beyoncé’ and overshadow their past. West Kirby County Primary, Bill Ryder Jones’ third album is the sound of him getting over being that guitarist from The Coral and blossoming into a solo artist in his own right.

Bill was a founder member of the Liverpool scousedelia (sorry) band The Coral, and for five albums they garnered critical acclaim, celebrity fans and some pretty decent album sales. The band are still going, recently announcing a new album coming out next year, however it’s been seven years since Bill left them behind. That was 2008, in some ways both a terrible year for Bill and a huge turning point, he suffered from panic attacks before gigs and has not played live with the band since 2005 and it was around this time he concluded he no longer desired to be part of a band who were under pressure to remain commercially successful. Bill was just twenty-five at the time, but had already been in the band for twelve years, having initially joined at the ludicrous age of just thirteen.

What never changed, even during these most difficult and dark days, was Bill’s desire to make music. The trimmings the music industry requires of a popular artist may not have been to Bill’s liking but his creative urges remained, as did his ambition. This ambition would manifold itself in the form of the most unique of debut solo albums. If… was a musical adaptation of Italo Calvino’s 1979 novel, If on a Winters Night a Traveler, each piece representing a different chapter from the book. With support of Laurence Bell from Domino Records he released this ambitious delight into the world back in 2011. The orchestral interlude in his songwriting was thrilling and different, but his desire to write songs returned on 2013’s A Bad Wind Blows in My Heart; a minimal folk collection at least partially inspired by his love of the music of Bill Callahan, a love we must admit we entirely endorse!

Having released two entirely different records there was always going to be a question of where Bill’s music took him next,  the answer, excitingly, is somewhere entirely new. Certainly it’s closer in scope to the song-based A Bad Wind Blows in My Heart, but here Bill explores his louder side; the Pavement-like slacker pop of Two To Birkenhead, the expansive-noisy Satellites with nods to the rawer side of Spiritualized, even the heartbreaking Daniel builds to something of a crescendo on the back of an insistent snare-drum hit. This is a record that manages to maintain all the sadness and introspection you associate with a classic singer-songwriter record but without any musical boundaries that confine it into a particular sound.

The other factor that makes this collection so absorbing is Bill’s ability to saturate his music with a particular feeling; this is an album that throughout is permeated with a sense of melancholy. Both lyrically and musically, even when he doesn’t obviously address depressing and troubling issues, the music seems to be dressed in a haze, a sort of meander through the difficulties of life, from the mundane and every day, to the life changingly traumatic, and sometimes harrowing events. The most obviously troubling track is Daniel, seemingly the tale of a fathers struggle to carry on with life following the death of his son, whether that’s Bill himself he has left unclear, but he certainly fills it with the emotion of someone who can at the very least relate, “when we lost our little boy we tried so hard to stay together” he sings, latterly comparing the child’s life to, “an unopened birthday card I keep you boxed in my unwanted memories”. As the song builds musically, we find the narrator slipping into his own battles with depression, “if you take this shit you might not feel so sick, if you take this pill you might not feel so ill, let’s make it easy on you Bill”, it’s a harrowing and highly emotive track, clearly cutting into some still raw emotional battles.

Elsewhere, Put It Down Before You Break It, is the albums most musically downbeat moment, the production leaves the track largely as just a lone guitar and a broken vocal, latterly joined by a female vocal which adds a slight Mouldy Peaches feel to proceedings. Lyrically it’s an exploration of the emotions of a failing relationship, where, “the bitterness is gone” but the sadness remains, here expressed by Bill’s attempts to wake the woman in question from an unexplained unconsciousness, and finding himself, “throwing up because the things I’m thinking are things I try to stop from sinking in.”

On latest single, Two To Birkenhead, Bill’s slipping quietly out of a woman’s life, “I said I’d be right back though I kept my fingers crossed.” On, Tell Me You Don’t Love Me Watching, he channels his inner Bill Callahan, as he rages, “how dare you be anything less than all I need?”, whilst on the excellent You Can’t Hide A Light With The Dark, a musical blend of Albert Hammond-Jr and Devendra Banhart, he’s practically spying on his former lover, “the lights on in your back room, are you with him? The lights off and its darkness, you’re so heartless, you’re so heartless” although, latterly he admits his own lingering affections, “the way you fall apart, I still adore it”. Like many songs on this album it seems to deal with incredibly messy relationships that refuse to have any clean cut endings. Even when things seem largely positive, as in Catherine and Huskisson, when he notes, “I’m so happy here”, there’s a questionable feeling to the emotion, “I love you the most turning ghosts into daydreams”, as good as it is, there’s a sense that the feelings are impermanent, too good to be true if you will.

This is a record that clearly comes from a very dark place, but somehow makes those feelings both accessible and not overbearingly sad. It’s perhaps the variety and quality of the music, or perhaps the fact that Bill only shares so much and leaves you open to find relatable meanings in your own life, that means this is a record that sounds somehow important. Having left The Coral to escape the limelight, the irony is Bill may now have placed himself front and centre of his own successful musical career, we can only hope he finds a way to enjoy his success, because with records as good as this, he won’t stay in the shadows for long.

West Kirby County Primary is out now via Domino Records. Bill Ryder-Jones is on tour now, with further dates in the new year, click HERE for details.